LONDON — Is the art world the new playground for the streetwear-loving, Instagram-famous Millennial and Gen Z crowds?

It might be: Sotheby’s London is revealing Fai Khadra — best known as @yourboyfai to his 1.9 million Instagram followers — as the next guest curator for its latest “Contemporary Curated” auction, in a bid to make the art world a little more inviting to younger audiences.

The auction is set to take place online between Nov. 17 and 24.

Khadra lives up to many of his generation’s ideals: A real multihyphenate who works as a model, musician and set designer for the likes of Drake, Syd and A$AP Ferg — and also a regular in Los Angeles’ celebrity scene being friends with the Kardashians, Hadids and Biebers.

Even if you’re not among his 1.9 million Instagram followers, you might have seen the Kendall Jenner dating rumors — “They are just friends” — or snaps of him taking a dip with Kourtney Kardashian on a private island, for sister Kim’s 40th birthday.

Having grown up with collector parents, Khadra has always been a part of the art world and wanted to take on the Sotheby’s project to help open its doors to his audience.

“It’s a field that can feel so impenetrable, so entirely unattainable to many and I’d love to open the door — even just a little bit — to a new generation to whom art has felt exclusive. [The aim of the project] is to invite them to engage with art in a new light and from a new perspective. Art shouldn’t feel unattainable,” said Khadra. 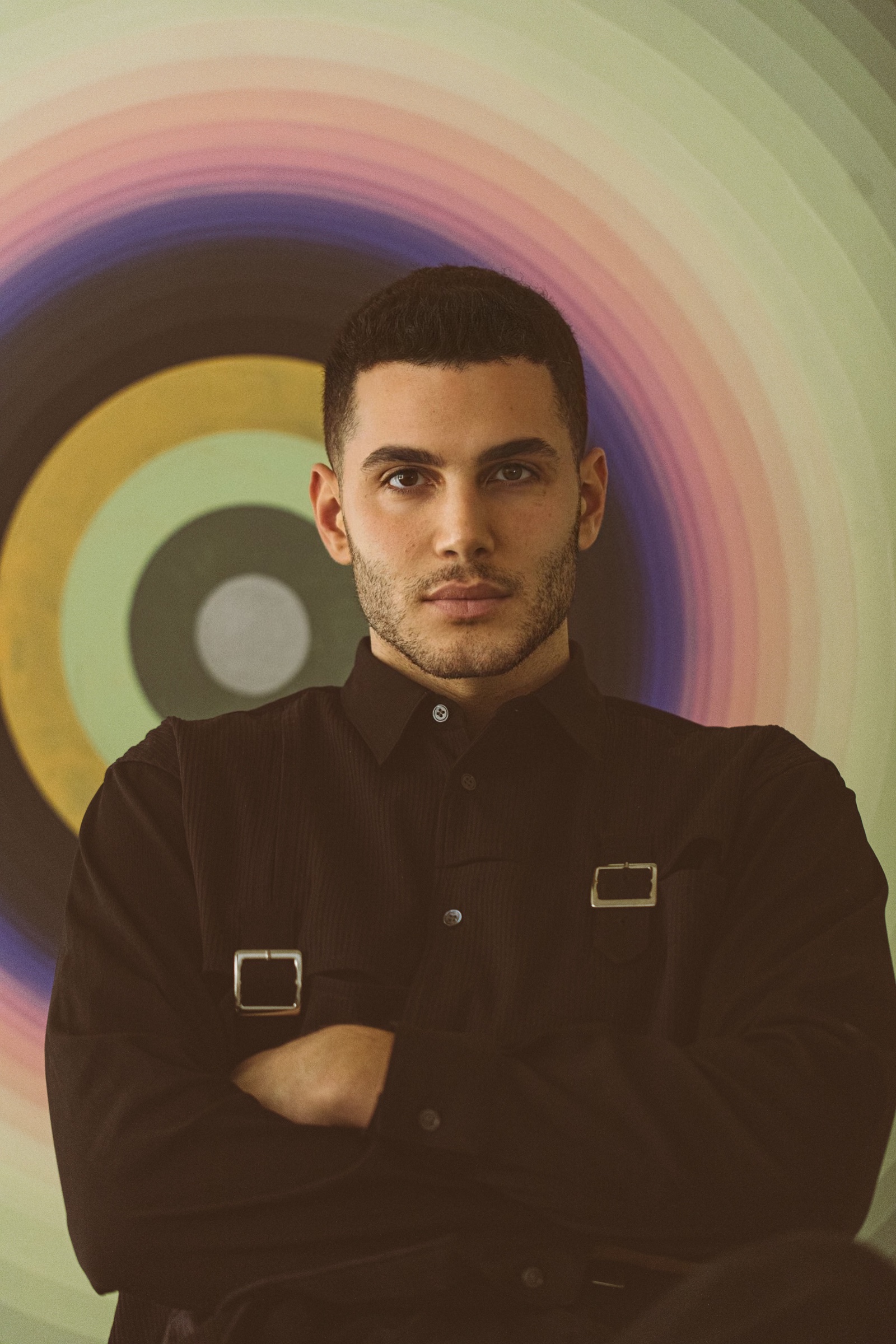 He adopted the same mind-set when selecting the artworks that would be featured in his curation, looking for artists who have broken away from tradition and convention.

“I’m always drawn to artists who have broken or pushed boundaries in some way, who feel extremely new or brave in their practice, and I think my selected artists all do just that,” added Khadra, pointing to the likes of Joseph Beuys, Ed Ruscha, Gerhard Richter, Andy Warhol, as well as photography by Cindy Sherman and a video diptych by Bill Viola.

Minimalism is another theme that runs throughout the series: “I’d say that I’m definitely a minimalist at heart, I love artists like Dan Flavin, Walter De Maria and Donald Judd. With very limited materials and space they can convey such an important message and I think that’s beautiful. Their methods have definitely taught me to be more concise, to have one strong concept in everything I do — not just in my work but my personal life, too,” said Khadra, who spent much of lockdown interacting digitally with art, particularly by way of documentaries on artists such as Marcel Duchamp and Gerhard Richter. 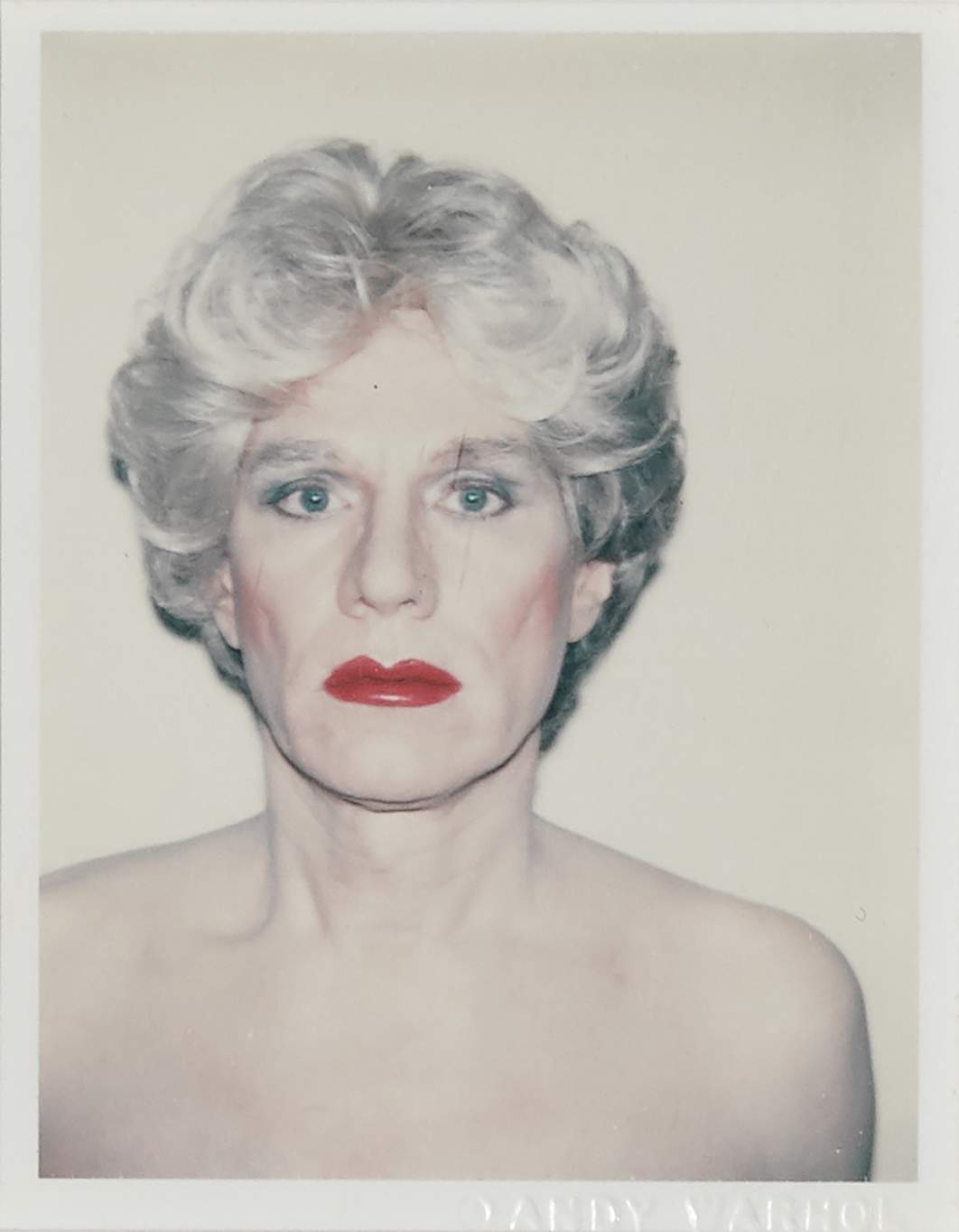 Andy Warhol’s “Self Portrait in Drag.” Courtesy of Sotheby's

“It’s been a strange time in the history of the world, but of course some of the best art comes out of challenging times. Now that we’re trying to make sense of this new world, I’m excited to see how artists will make sense of it. Taking a break might help artists make incredible new works, because they’ve now had to rethink their practice and explore new mediums, methods and ideas. I’m super confident even more great artists and works will be on the horizon now.”

Khadra cut out his ceiling to fit in the Sterling Ruby stalagmite sculpture he bought as his first artwork and has an ever-growing wish list that ranges from the master painters, to Mark Tansey and David Hammonds, as well as new artists and friends like Martine Syms and Dozie Kanu.

“Today, we are lucky in that we have the resources and capabilities to seek new art, explore new artists and different galleries, not just through visiting places but from just a simple few clicks into the digital world, you can often find something truly innovative,” he added.

END_OF_DOCUMENT_TOKEN_TO_BE_REPLACED

END_OF_DOCUMENT_TOKEN_TO_BE_REPLACED
Recent Posts
We and our partners use cookies on this site to improve our service, perform analytics, personalize advertising, measure advertising performance, and remember website preferences.Ok