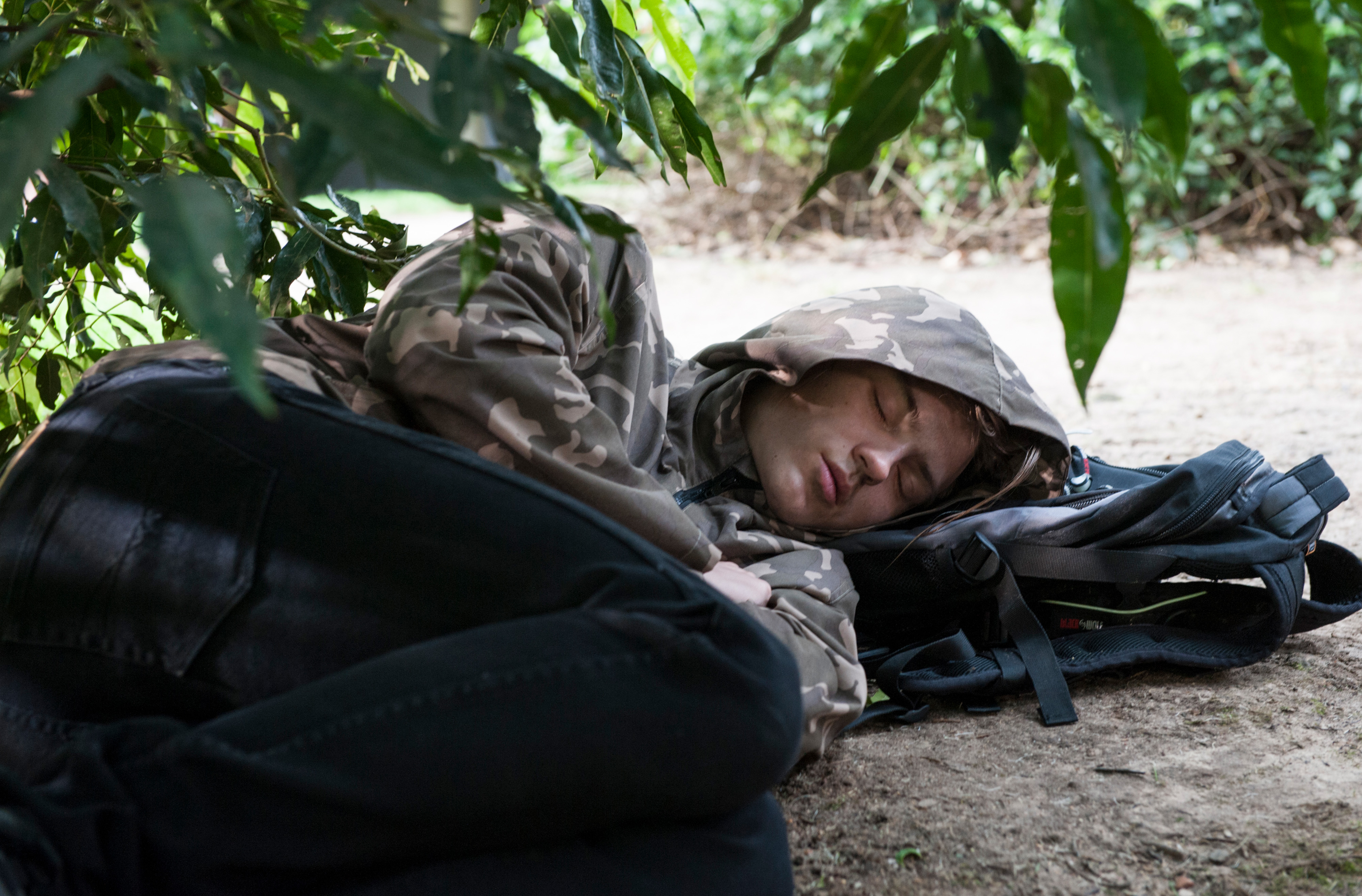 David (Takaya Honda) and Aaron (Matt Wilson) have a fair bit on their plates right now, what with their baby on the way and their dramas with their baby mama. But a new challenge is about to land on their doorstep when a familiar face returns to Neighbours, and it’s someone they can’t turn their back on.

Paul Robinson (Stefan Dennis) makes a discovery when he comes across a rough sleeper at the complex and is ready to move him on. It’s Brent, the brother of Emmett, the lad Aaron and David fostered. He’s back and he’s in a bad way. He’s been squatting in Aaron and David’s shed and it’s clear he needs help, but Paul isn’t about to be the one to give it and isn’t keen on letting the two almost parents get involved either.

Nonetheless, Aaron and David find out it been Brent sleeping in the shed and do try to get involved, they can’t let the poor lad continue to suffer. But Brent is certainly not receptive, he doesn’t need anyone’s help. Instead, he legs it, leaving the two men to strike up a search for him.

But while they’re busy trying to find him, they’re caught off guard when Emmett (Ezra Justin) arrives on their doorstep – he’s there to find his brother.

Paul, master of fibs and yarn spinning, senses something is up with Emmett. When he gets the teen alone he tries to encourage him to open up, and Emmett reveals something Paul was not at all expecting.

After a serious search Aaron and David finally find Brent and bring him back to his brother. Their reunion is sweet, but something is wrong. There is no room in the emergency accommodation so Aaron and David have a decision to make – are they going to reopen the door to that troubled period of their past?