The End of Brangelina

It’s been half a decade since Brad Pitt and Angelina Jolie’s earth-shattering breakup, but somehow the wounds still feel fresh.

Unquestionably one of pop culture’s most iconic couples, Brangelina’s origin story is the stuff of tabloid legend: After sparks flew on the set of their movie “Mr. & Mrs. Smith” in 2004, Pitt left then-wife Jennifer Aniston for the brunette bombshell the following year.

He and Jolie were engaged by 2012, and married at their French chateau in 2014. Together, the power pair raised a brood of six, won awards for both their humanitarian and Hollywood work and supported one another through health struggles and career highs.

In an industry overflowing with seemingly staged relationships, theirs felt like the real deal. So when Brangelina announced they were divorcing in 2016, their split — and the bitter custody battle and fight over assets that followed — threw hopeless romantics for a loop.

Fortunately for those still grieving, there’s now a way to wear your eternal love for Brangelina on your sleeve — and your shoulder. 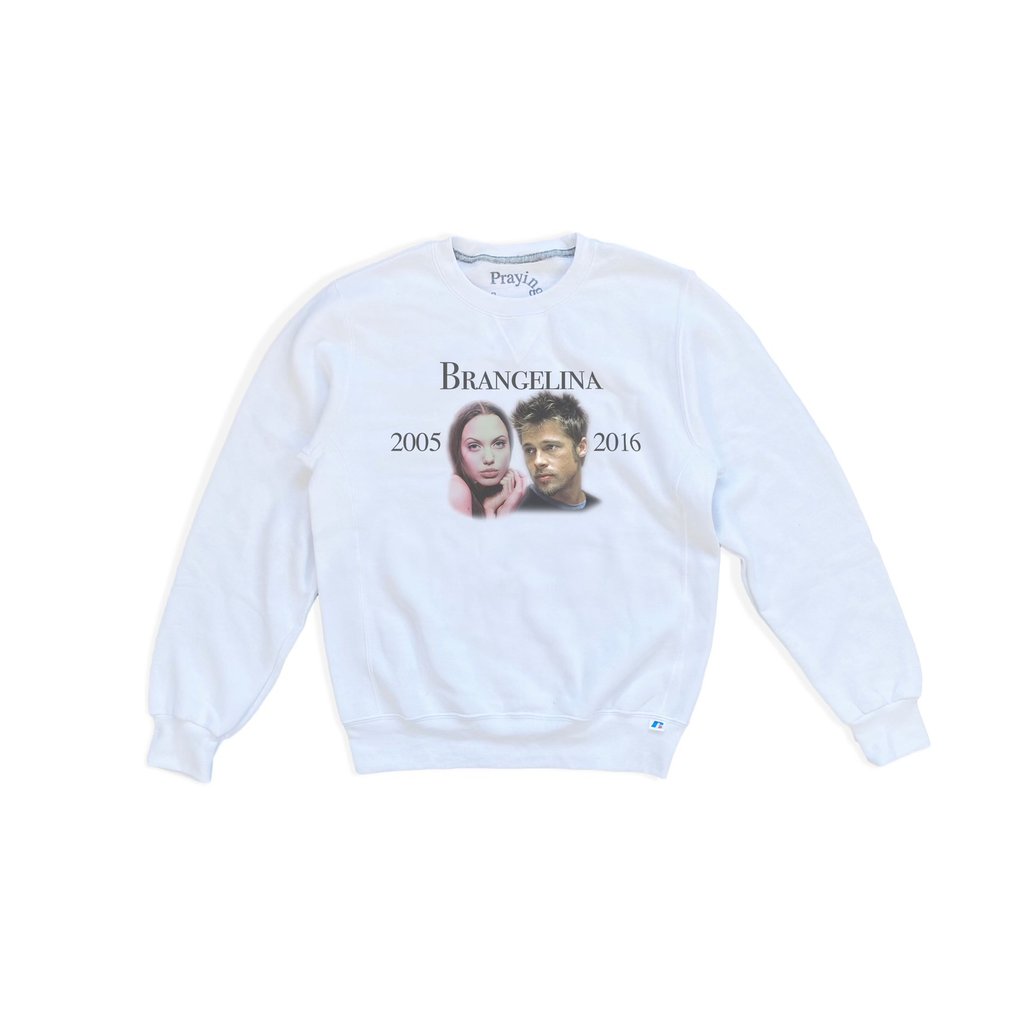 Viral brand Praying, whose tongue-in-cheek designs draw inspiration from Y2K nostalgia, recently released a sweatshirt ($100) and shoulder bag ($89.99) printed with the couple’s photos and portmanteau, along with their relationship’s start and (sob) end dates. 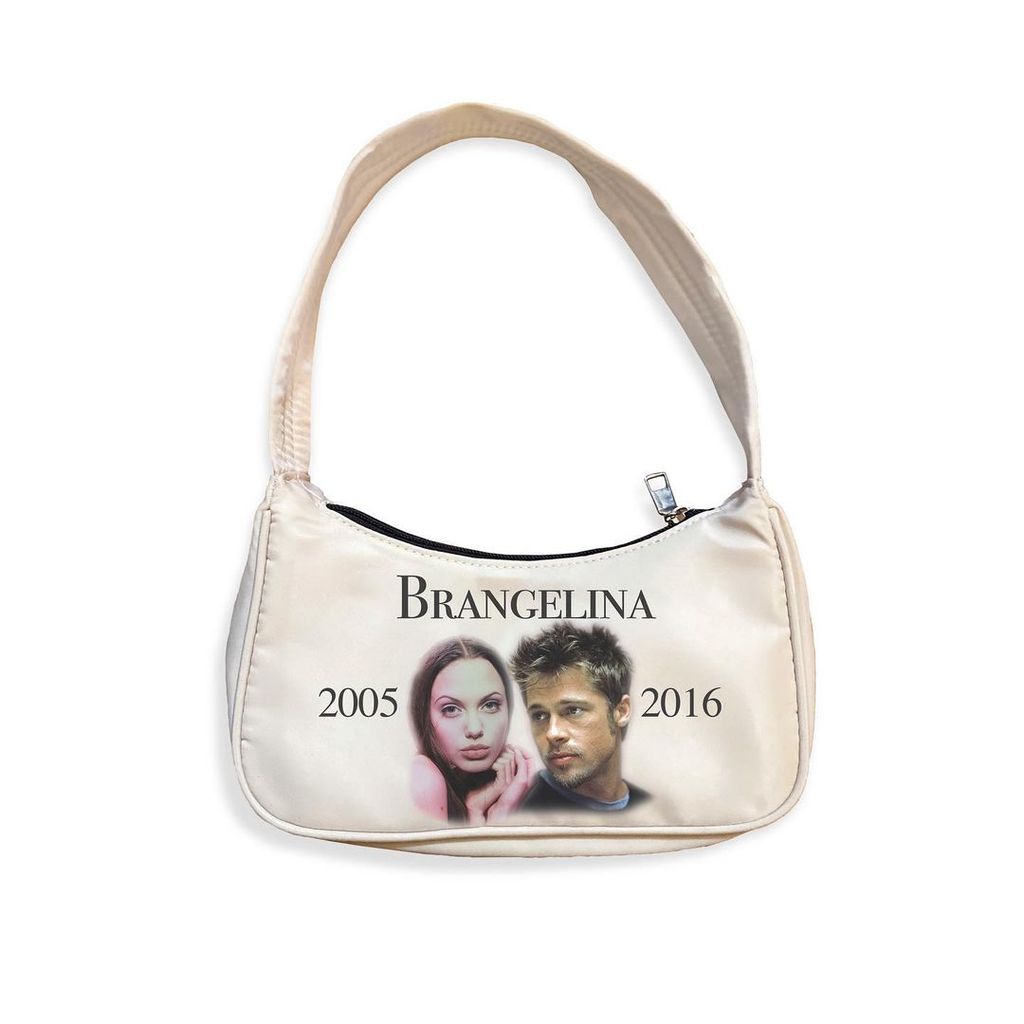 For those who can’t quite bring themselves to buy into Bennifer 2.0, or who find themselves grossed out by Megan Fox and Machine Gun Kelly’s PDA parade, there’s never been a better way to rep the celebrity couple that made you truly believe in love — for a time, anyway.

And while these aren’t the first fashion pieces to draw inspiration from Pitt and Jolie’s epic courtship, they’re certainly better than those “Team Aniston” and “Team Jolie” T-shirts.