Reserve Bank governor Philip Lowe has conceded inflation could force the bank to lift official interest rates before its 2024 target while arguing it would still be highly unlikely.

Giving a speech on recent trends in inflation to a meeting of the Australian Business Economists, Dr Lowe on Tuesday sought to play down the risks of a breakout in price pressures that is now hitting some of the world’s largest economies. 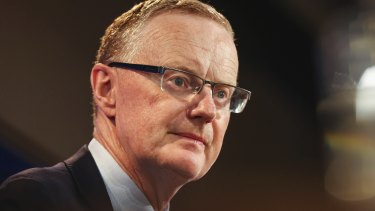 This week, Prime Minister Scott Morrison said the government was committed to “keeping downward pressure” on interest rates, which are at a record low of 0.1 per cent. The RBA is also creating $4 billion a week to support the financial system.

But with inflation at 6.2 per cent in the United States and global supply chains struggling to meet demand, financial markets are expecting the RBA to start lifting interest rates here by the middle of next year.

Dr Lowe said while there were signs of inflationary pressure across the globe, Australia was different in two key areas.

He said energy prices in Australia were not rising nearly as quickly as overseas, partly due to increased capacity made available by wind and solar generators.

Another major difference was Australia’s wages market, with multi-year enterprise agreements and the annual minimum wage decision creating a “degree of inertia” that prevented a sharp lift in incomes.

Without strong wages growth, it would be difficult for inflation to pick up to a point that the RBA would have to lift rates earlier than its stated 2024 expectation.

“The latest data and forecasts do not warrant an increase in the cash rate in 2022. The economy and inflation would have to turn out very differently from our central scenario for the board to consider an increase in interest rates next year,” he said.

“It is likely to take time to meet the condition we have set for an increase in the cash rate and the board is prepared to be patient.

“It is still plausible that the first increase in the cash rate will not be before 2024.”

But Dr Lowe did concede the inflation shock globally could be “more persistent” than expected while consumers would continue to lift their spending on goods.

A very low unemployment rate in Australia, around 4 per cent, could also have an impact on wage levels.

“It is therefore possible that faster than expected progress continues to be made towards achieving the inflation target,” he said.

“If so, there would be a case to lift the cash rate before 2024. It is also possible that progress will be slower than expected, which would result in the cash rate staying at current levels for longer.”

Dr Lowe said unless productivity suddenly deteriorated, it was likely wages growth needed to be above 3 per cent to get inflation back to the middle of the RBA’s 2-3 per cent target band.

Wages are growing at 1.7 per cent, with data out on Wednesday expected to show a moderate improvement.

The governor said the inflation outlook was more uncertain than it had been for some time.

“Our central scenario is that underlying inflation reaches the middle of the target by the end of 2023. If this comes to pass, it would be the first time in nearly seven years that we will be at the mid-point,” he said

“This, by itself, does not warrant an increase in the cash rate. As I have said, much will depend upon the trajectory of the economy and inflation at the time.”

Fascinating answers to perplexing questions delivered to your inbox every week. Sign up to get our new Explainer newsletter here.