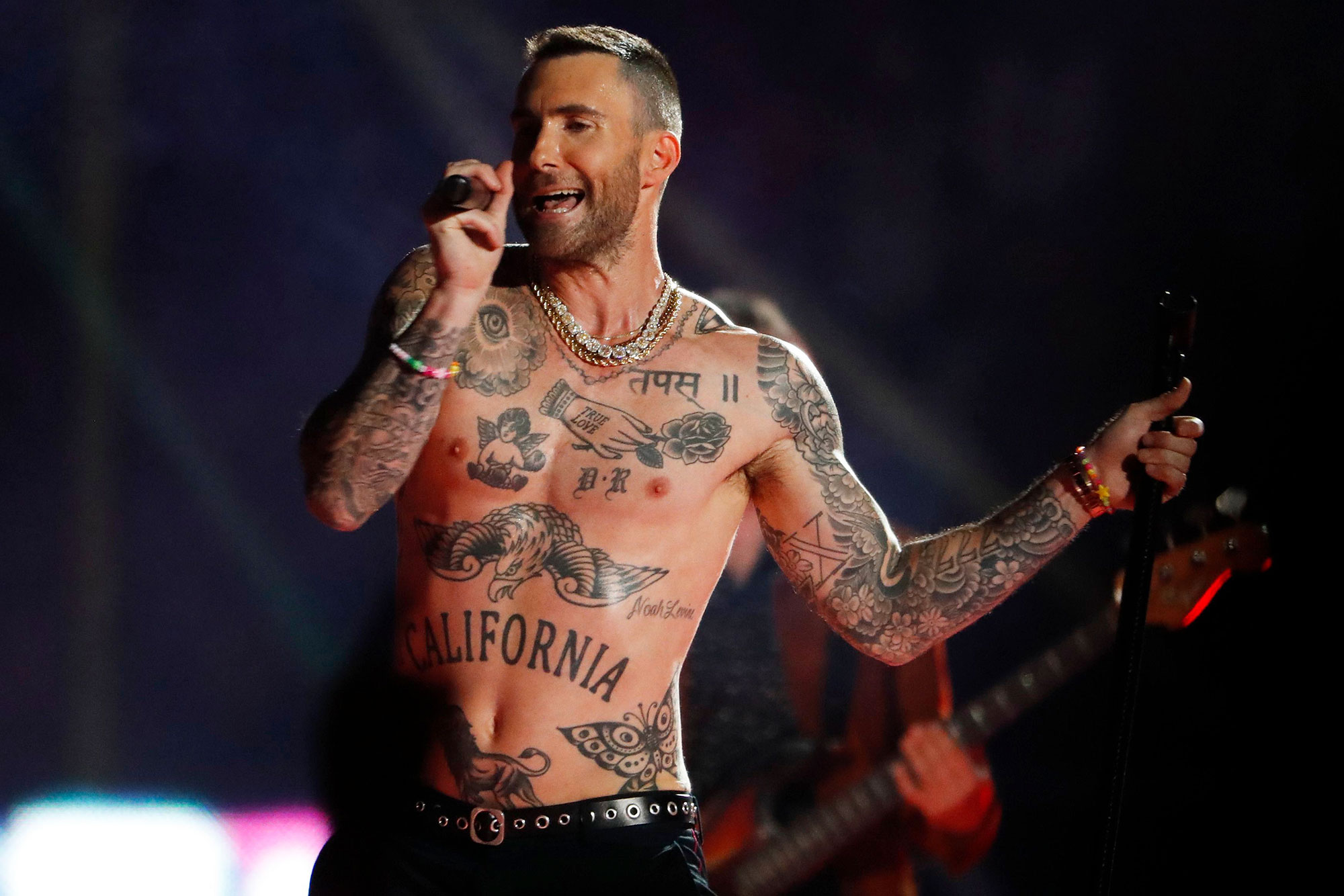 Switching things up! Adam Levine is no stranger to changing up his appearance, but his latest transformation packs double the punch.

The 42-year-old singer decided to target his tattoo collection and his tresses on Monday, October 4. Because not only did he add a massive tattoo to his neck, but he also colored his bleached buzz cut a bright blue.

Let’s break it down, shall we? The Voice alum has tested out pink in the past and rocked platinum locks. Levine has even stepped out with a totally shaved head, a faux hawk, a mohawk, long locks — the list goes on.

But when he stepped out — shirtless no less — in Los Angeles, it was his bright blue hair that stole the show. Because there’s no question that the icy hue may be the musician’s best look yet.

And as if dyeing his hair wasn’t enough to send his fan base into an all out tizzy, the Maroon 5 frontman also took the opportunity to pay a visit to tattoo artist Nathan Kostechko for quite the large design. Levine decided on an intricate creation that depicted a butterfly getting trapped in a spider web. He had the piece inked front and center on his neck.

“Adam Levine really went for it on this one,” Kostechko captioned an image of the singer’s fresh tattoo. It’s positioned just above his “family” tattoo and adjacent to his leaf design.

The “Girls Like You” singer also shared a close-up image of his new ink with his 13.7 million Instagram followers. “Wise man once said … ‘when Instagram goes down … tattoo your throat …’ his name was @nathan_kostechko,” Levine wrote.

It didn’t take long for fans to jump into the comments section and show some love for Levine’s latest ink. “THAT’S ABSOLUTELY STUNNING,” a user wrote. Another person added: “DUDE!!!!!!  It’s soooooooooo dope !!!!”

This isn’t the first new tattoo Levine has added to his collection. In August he tapped artist Bill Canales for a leg design that took a casual 13 hours to complete.

Six months earlier, he worked with Kostechko to create a large design of ocean waves on his left leg. The artwork was so big, that it took a full three days to complete. “Today was ouch but worth it,” he captioned an Instagram Stories at the time.