Home » Lifestyle » ‘Temporary insanity’: Somyurek concedes he failed in his responsibilities as an MP

‘Temporary insanity’: Somyurek concedes he failed in his responsibilities as an MP

Adem Somyurek has admitted he failed in his responsibilities as a parliamentarian and deleted text messages in which he discussed forging signatures, pleading “temporary insanity” during the fierce factional battle for control of Labor Party branches in Melbourne’s south-east.

On his third day giving evidence to the Independent Broad-based Anti-corruption Commission, Mr Somyurek spoke of a culture of nepotism in which family members of factional allies were rewarded with jobs, and political aspirants, including now Premier Daniel Andrews in the 1990s, were forced into what Commissioner Robert Redlich described as “unethical factional work”.

In a midnight conversation taped two days before The Age and 60 Minutes reported allegations of branch stacking in June last year, Mr Somyurek and his close ally Marlene Kairouz discussed what the journalists could be investigating based on questions they had been asked.

“[Branch stacking] is not against the law. It’s not corruption,” Ms Kairouz is heard telling Mr Somyurek on the tape played in IBAC on Thursday.

In relation to the forging of signatures, Mr Kairouz said: “You can change your signature every week.”

Mr Somyurek, who left the Labor Party after being accused last year of a widespread branch stacking operation, admitted to Commissioner Redlich he should have just enjoyed being a minister and not have become involved in the factional battle.

“I really shouldn’t have done any of this, I lost my ministry because of it. My strength is also my weakness, Commissioner, I am obsessive. If I believe in a cause, I go for it, but the downside is you get shot in the head.”

Mr Somyurek is being investigated as part of a joint IBAC and Victorian Ombudsman probe into what counsel assisting Chris Carr, SC, has described as the “premeditated and systematic rorting of taxpayer resources”.

IBAC heard Mr Somyurek had threatened to sack Ms Kairouz’s former ministerial adviser Nick McLennan if he slacked off as a factional operative.

He told the commission he was furious at the time, saying he “pleaded temporary insanity” and that he would have never fired Mr McLennan. 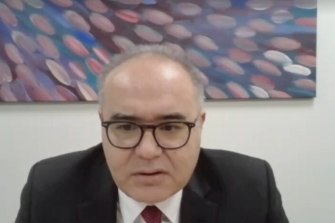 “Listen to my tone of voice, I sound unhinged,” Mr Somyurek said.

IBAC was told a person who was suspected to be dead had their Labor membership renewal form handed into the party in 2018, a sign the person’s signature was forged by a factional operative in Mr Somyurek’s faction.

Mr Somyurek requested the membership renewal form not be submitted to the party’s head office.

The commission also heard Mr Somyurek deleted text messages from his phone in which he discussed the forging of signatures on internal Labor ballots.

Counsel assisting Chris Carr, SC, presented the MP with text messages of a conversation that he said proved his knowledge or involvement in the forgery of signatures related to ballot papers for the party’s 2018 national conference.

Mr Somyurek responded it was “probably” fair to draw the conclusion that he had awareness of forgery being carried out by his staff.

When Commissioner Redlich told the MP he had failed in his responsibilities as a member of parliament by turning a blind eye to the forging of signatures, Mr Somyurek responded: “I did.”

Towards the end of his appearance, Mr Somyurek told the commission he was not “an outlier or an aberration” in requiring political aspirants to undertake factional activities. 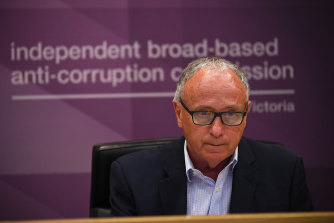 He claimed Premier Daniel Andrews “went through this apprenticeship as well”.

“Mr Andrews was doing all the things we’re doing … I think that’s where the problem lies, and that’s why the problem will continue.”

Mr Andrews has repeatedly denied being involved in factional activities. He has refused to comment on IBAC while hearings continue.

Mr Somyurek is scheduled to finish his evidence on Friday.