AN alcoholic isn’t always glaringly obvious, and your own habits may even fit the definition.

A “functioning alcoholic”, in a nutshell, is a person with dangerous drinking behaviour who is still able to carry out day-to-day tasks. 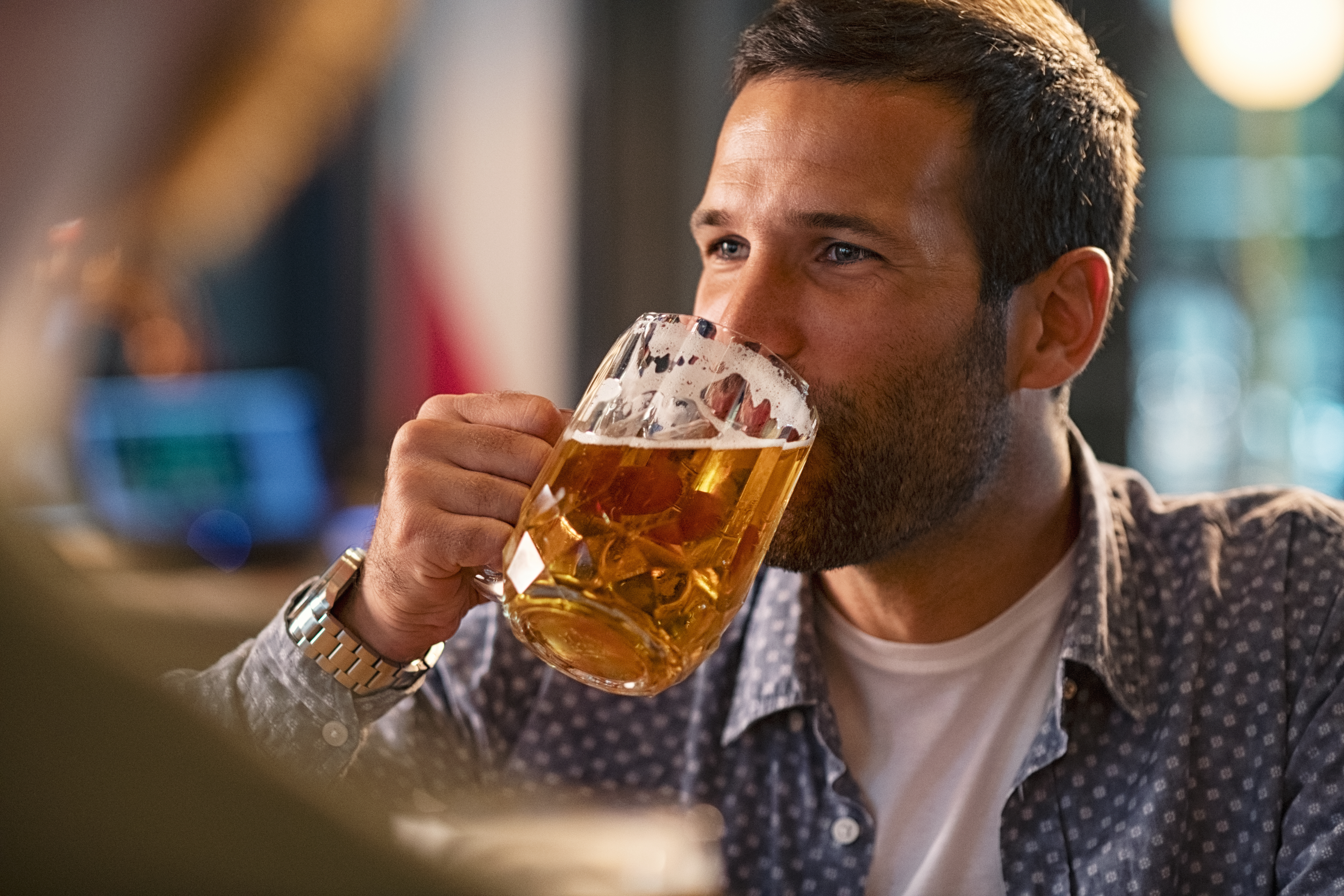 Not everyone who becomes dependent on alcohol shows obvious signs, such as losing their job or relationship.

Functioning alcohlics are highly likely to deny they have a problem with alcohol because they often compare how stable they are compared to a typical alcoholic, rehab clinic Delamere says.

The Cheshire-based centre is concerned that its research has shown one in four (22 per cent) Brits increased their alcohol intake over the last year.

Experts are most concerned about those who already had some problems with drinking before the Covid pandemic hit.

Addiction treatment professional, Martin Preston, said: “A functioning alcoholic is a person who suffers from alcoholism but is still able to hold down a job, play a role within a family and to most people, appear to be coping.

“A functioning alcoholic is not always easy to spot. Those that suffer from alcoholism are exceptionally good at hiding their condition.

“With few apparent negative consequences, a functioning alcoholic is unlikely to want to change whilst they feel they still have time.

“Alcohol addiction is at the chronic end of the spectrum of alcohol use disorders for which there is no cure.

“It can, however, be successfully treated and the sooner treatment is undertaken the better for the individual concerned and their loved ones.”

During this Alcohol Awareness Week (15-21 November), Mr Preston revealed the signs of a functioning alcoholic.

These are the common signs seen in people who have functional alcoholic disorder:

What to do if you’re worried

If you have many of the above symptoms, it’s possible you have a drinking problem.

Delamere says it is fairly easy to self-diagnose alcoholism if a person is honest about their drinking and asks themselves the following questions:

Answering ‘NO’ to both of these questions indicates that a person is suffering from an Alcohol Use Disorder (AUD), over which they have no control.

If you're concerned about your drinking or someone else's, a good first step is to see a GP, the NHS says.

They'll be able to discuss the services and treatments available to you after assessing your drinking habits using screening tests.

Treatment usually involves counselling and medicine that helps you to slowly cut down on drinking and avoid withdrawal symptoms.

There are also a number of charities, support groups, and private clinics to help.

What to do about a loved one

If you are concerned someone you love or care about is a functioning alcohol, the first thing to do is get them to admit they have a problem they need help with, Delamere says.

The clinic has the following tips for getting a functioning alcoholic to accept help if they have previously been defensive.

If the conversation goes well, the functioning alcoholic admits they have a problem and they need help, it is important to act quickly and without hesitation.

This is seen as “as a window of opportunity” in addiction, and rarely lasts for very long before denial sets back in again.