The Boys Season 3 premieres on Prime Video this June, and it promises to pull its main characters into uncharted territory in the coming episodes. Specifically, The Boys team will find new ways of taking on corrupt Supes. That could force them to make questionable — and even hypocritical — decisions. According to Karl Urban, one of the major questions The Boys Season 3 asks is “how far” they’ll go for their cause.

The Boys team will fight fire with fire in season 3

Prime Video’s trailer for The Boys Season 3 confirms what previous promotions alluded to: that Karl Urban’s character will obtain superpowers in the coming episodes. Judging by the footage, this isn’t a permanent development. It seems Billy Butcher will ingest something that temporarily gives him laser vision. And he may not be the only one.

Although Mother’s Milk (Laz Alonso) doesn’t want to go this route, Hughie (Jack Quaid) admits it’s impossible to “fight Vought the right way.” That means they’ll get on the company’s level in the hopes of beating them — for better or for worse.

According to Urban, that’s a major theme of the upcoming season. The actor recently revealed that Butcher and his friends will grapple with their own morals in the new episodes. And that will force them to answer one major question. 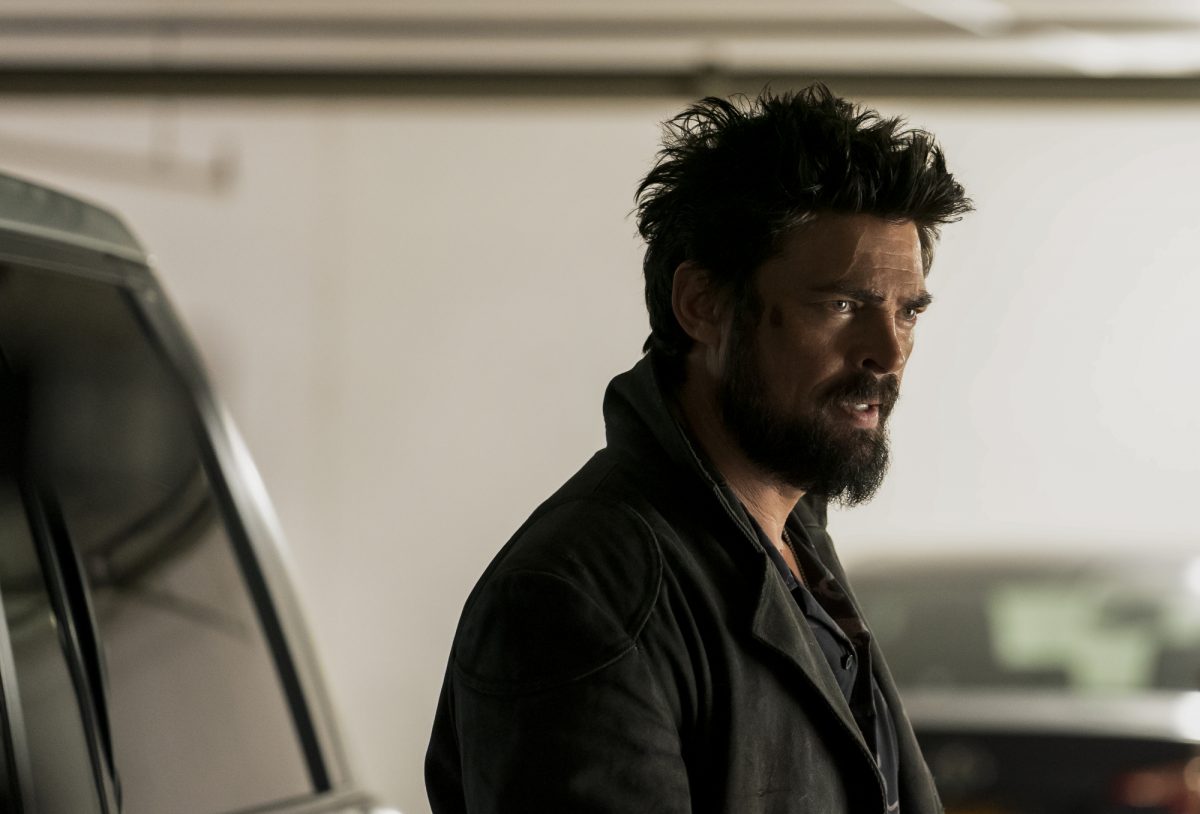 During an interview with Variety, Karl Urban teased The Boys Season 3. And he revealed it will present the main characters with one pivotal question: are they willing to fight fire with fire?

It seems Butcher and Hughie might have to take that approach if they’re serious about bringing down Homelander (Antony Starr). As Mother’s Milk points out, that could make them as bad as the enemy. We’ll have to wait and see if that’s a sacrifice they’re willing to make.

From the sound of it, that won’t be the only struggle Butcher faces this season, either. Urban suggested his powers might come with physical side effects in The Boys Season 3 — and that’s not to mention he now has a kid to look after.

Billy Butcher may have a major moral question to answer in The Boys Season 3, but that’s not all Karl Urban teased for the character. Speaking with The Guardian, the actor revealed that Butcher’s abilities won’t come easy. In fact, fans can expect some physical side effects to accompany his superpowers.

“I had a lot of discussions about what having powers might be like,” Urban explained. “And I was like: ‘Well, it’s gonna hurt, right?’ It comes back to the question: what is the cost of power? The cost is that it actually causes an extreme amount of pain.”

As though moral quandaries and extraordinary abilities aren’t enough to contend with, Butcher also takes on new responsibilities with Ryan (Cameron Crovetti). He promised Becca (Shantel VanSanten) he’d look after the boy, but that just adds one more obstacle to the long list of them he’ll face in season 3.

“It’s a responsibility that Butcher never anticipated, and it’s at loggerheads with his objective,” Urban told The Guardian. “You can’t be a parent and a superhero-fighting vigilante.”

It’s hard to see Butcher choosing between the two, but we’ll see where the show takes his character when the new episodes arrive.