The Crown viewers have been left ‘confused’ over Gillian Anderson’s portrayal of Margaret Thatcher.

The actress, 52, plays the Prime Minister throughout her time in office in the 1980s, with focus on her turbulent relationship with the Royal Family.

And since the fourth series was released on Sunday, fans have taken to social media to express their ‘very conflicted’ views on Gillian’s performance.

‘I have such a girl crush on Gillian Anderson but she’s playing Thatcher and I really don’t want to fancy Thatcher! Looking forward to a very conflicted Sunday afternoon,’ wrote one, while a second joked: ‘it’s so upsetting to me that i still fancy Gillian Anderson even when she’s playing Margaret Thatcher.’ 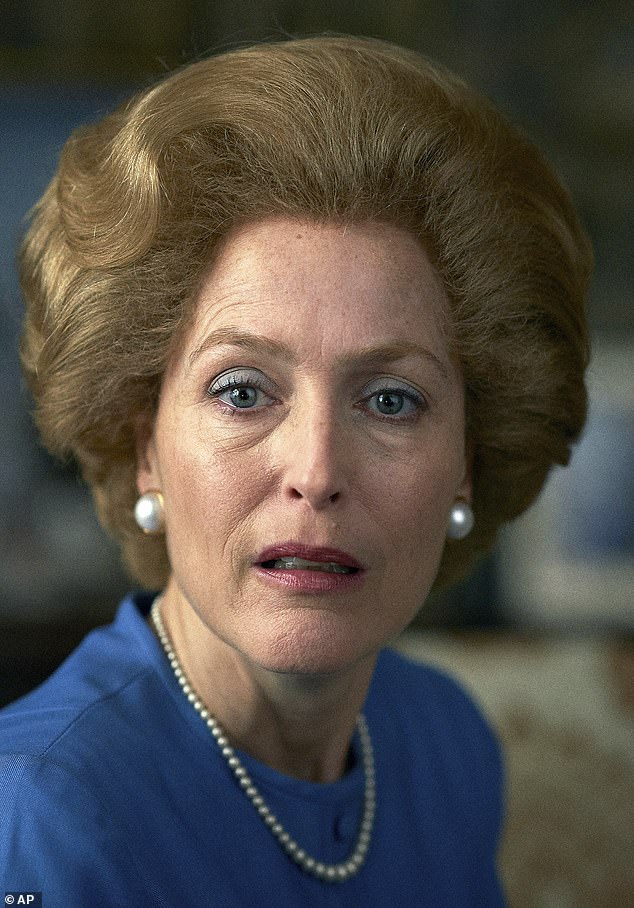 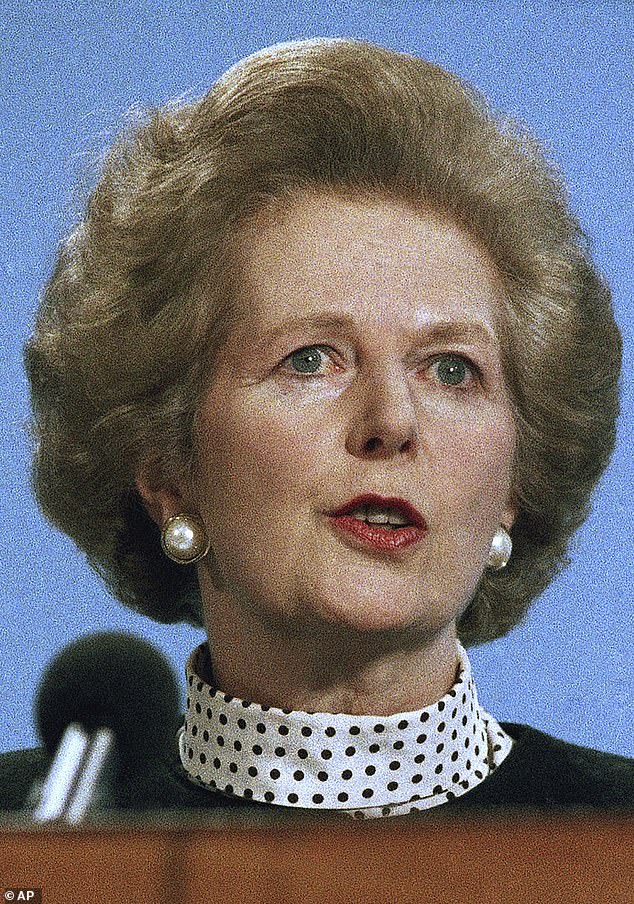 The Crown viewers joked Gillian Anderson is their ‘girl crush’ but they didn’t want to fancy the Prime Minister. Pictured, Margaret Thatcher in Scarborough, England on March 18, 1989.

Taking to Twitter, one person penned: ‘Gillian Anderson is still up there as my girl crush despite being cast as Margaret Thatcher’ (pictured)

The Crown’s fourth series focuses on Thatcher’s rise to power and her dramatic social reforms in the 1980s, which divided the country as it led to weakening of the power of the trade unions and the 1984 miners strike.

‘Having a hard time separating my hatred of Margret Thatcher, to my hard crush of Gillian Anderson. So confused,’ wrote one, while a second agreed:

‘Gillian Anderson as Thatcher has made me the most sexually confused I have ever been in my life.’

A further added: ‘If anyone needs me today I’ll be having several conflicting emotions about Gillian Anderson in The Crown,’ while a fourth penned: ‘Gillian Anderson is still up there as my girl crush despite being cast as Margaret Thatcher.’ 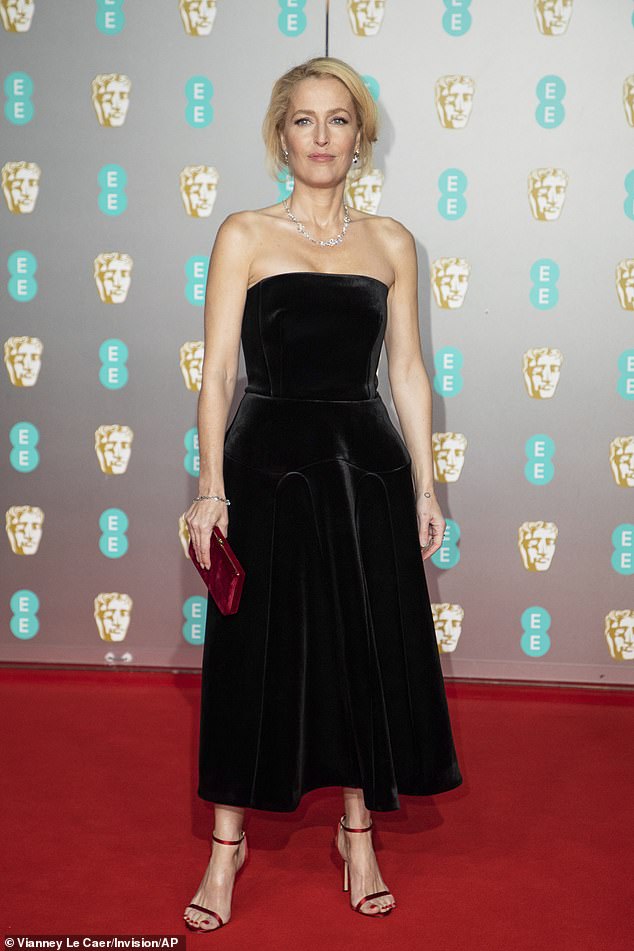 Many praised Gillian Anderson for her eerily perfect performance as Thatcher, complete with her famous drawl, and even tipped her for a win at the Emmy Awards in 2021. Pictured, at the Bafta Film Awards in central London on February 2020

Taking to Twitter, one person joked: ‘If anyone needs me today I’ll be having several conflicting emotions about Gillian Anderson in The Crown’ (pictured)

Meanwhile, others simply praised Gillian Anderson for her eerily perfect performance as Thatcher, complete with her famous drawl, and even tipped her for a win at the Emmy Awards in 2021.

This would not be the first time an actor received critical acclaim for their performance as a Prime Minister in The Crown, as John Lithgow was awarded with an Emmy and a Golden Globe nomination for his performance as Winston Churchill.

It comes after Gillian Anderson reflected on portraying ‘divisive’ former Prime Minister Margaret Thatcher in series four of The Crown.

In a new interview, the actress revealed she received help from two vocal coaches and rehearsed in ‘dark and abandoned rooms’ to channel the late politician, who led the country from 1979 until 1990.

The X-Files star admitted getting into costume also helped her play the stateswoman as she said: ‘Never in my life would I wear the shoes she wore. But walking in the way I learned to walk as her, and in those shoes, just helped so much.’

Thespian Gillian, who also sported a fat suit and ‘really uncomfortable nylon stockings’ on set, insisted she ‘let go’ of her ‘preconceived ideas of Margaret’ and had picked up on the politician’s mannerisms by watching old videos of her.

On feeling distant from her distinctive voice, she told The Sun: ‘It’s quite easy to parody her voice, which makes it hard to identify with. It was about trying to find the balance, but at the same time understanding who she was and how she operated.’

END_OF_DOCUMENT_TOKEN_TO_BE_REPLACED

END_OF_DOCUMENT_TOKEN_TO_BE_REPLACED
Recent Posts
We and our partners use cookies on this site to improve our service, perform analytics, personalize advertising, measure advertising performance, and remember website preferences.Ok