Donald Trump’s visit to the United Kingdom has been met with protests, royal visits, and political meetings. But it was the state banquet held at Buckingham Palace in honor of the Trumps which caught the world’s attention, as several members of the royal family were in attendance for the lavish affair.

While Kate Middleton was photographed wearing her favored Lover’s Knot tiara—which was also a favorite of Princess Diana—Queen Elizabeth opted for the Burmese Ruby and Diamond Tiara she had commissioned from the House of Garrard in 1973.

Per a press release, jeweler Garrard revealed that the queen’s iconic tiara includes “rubies gifted to her on her marriage from the people of Burma. The 96 rubies are a symbolic gesture, as rubies in Burmese culture protect from illness and evil, in this case to protect the wearer from the 96 diseases that can afflict humans.”

Because of the special meaning the rubies hold, some Twitter users are alleging that the queen was secretly shading her American visitor:

The Queen has 41 tiaras! 👑
All spectacular🌟
She chose the rarely worn Burmese Ruby tiara to greet Agent Orange🍊and his 🤡 🤡
Why? Hmmm
Rubies are associated with:
Warding off plague
Fighting illness
Antidote toevil spirits and bad vibes
LOVE THE QUEEN 👸
🇬🇧🇬🇧 🇬🇧 🇬🇧

Did you see the tiara? The rubies guard against evil and illness, lol.

The queen throws shade on you in every instance. Her tiara last night was given to her to ward off evil. She wore it your presence. She rocks.

The Queen wore her Burmese Ruby Tiara to protect herself from evil during Trump’s visit and I AM CACKLING. 😂😂😂 pic.twitter.com/3qVLm4Njph

However, as the rubies were a gift from the people of Burma upon her wedding to Prince Philip, it’s also possible that the queen was honoring her husband with her tiara choice.

Per Garrards, the tiara’s jewels “are set in a series of rose motifs inspired by the Tudor Rose, the heraldic symbol of Britain.” While we’ll probably never know whether or not the queen was trying to throw shade, it looked as though Trump was a hit with the royals: 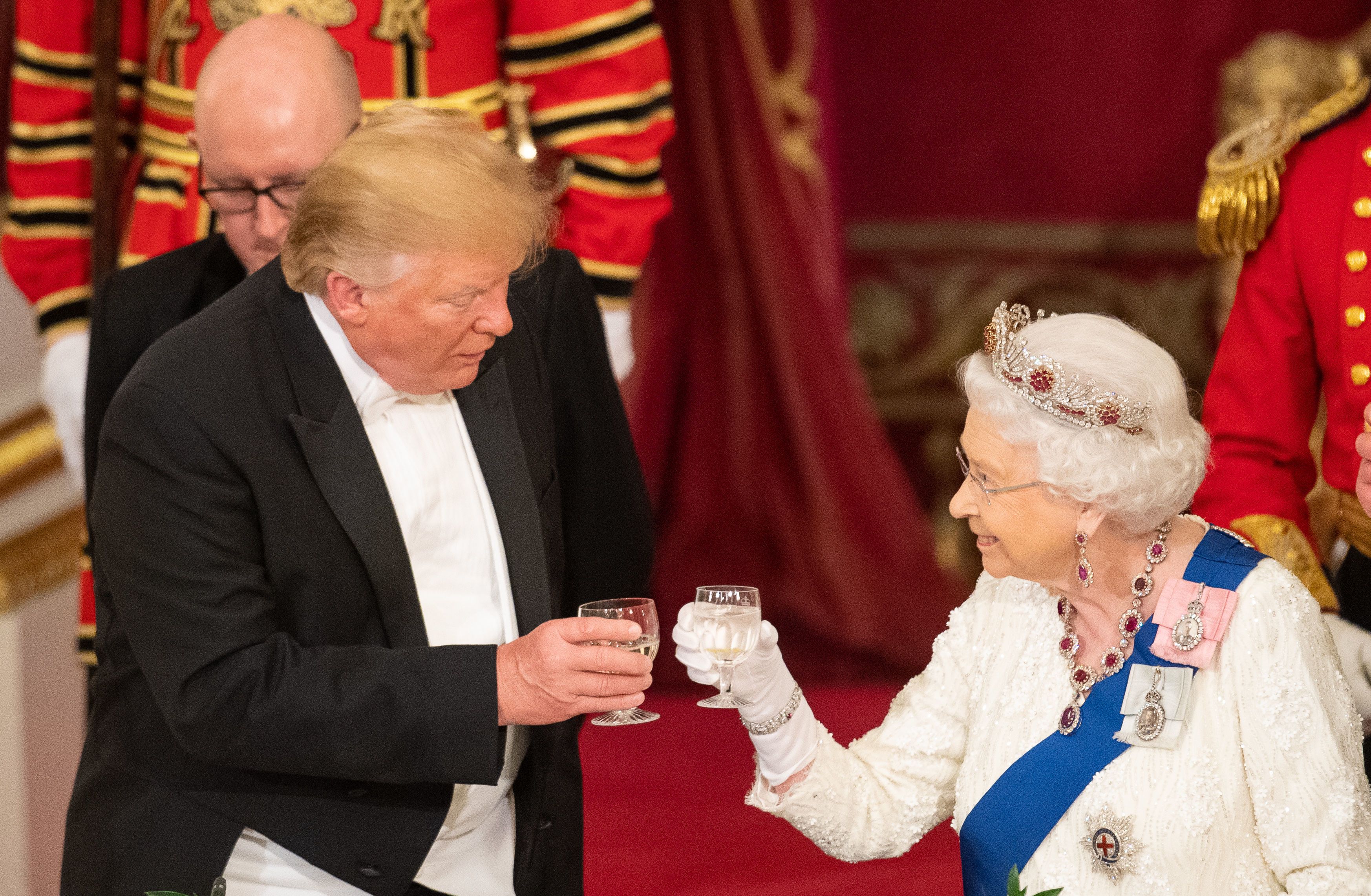 From: Harper’s BAZAAR US