Is The Weeknd retiring his red ‘After Hours’ suit?

The Weeknd gets Super Bowl 2021 diamond ring after halftime performance

The Weeknd hit the Billboard Music Awards 2021 red carpet on Sunday sporting a strikingly different look than we’ve come to expect from the superstar — and no, he wasn’t rocking yet another new face.

In place of the red suit that became his sartorial signature during his “After Hours” era, the 31-year-old “Blinding Lights” hitmaker wore a comparatively subdued black coat and trousers by Bottega Veneta, along with a white button-down shirt and gray tie.

And while accepting his award for Top Hot 100 Artist early in the ceremony, The Weeknd confirmed that this wasn’t just a one-time style switch-up; “I’d like to thank God I don’t have to wear that red suit anymore,” he deadpanned at the end of his speech.

Fans of the “Save Your Tears” singer likely knew this moment was coming; in April, The Weeknd hinted that the end was nigh for his once-favorite formalwear, posting an Instagram photo of his sunglasses, red blazer, black shirt, tie and gloves, all of which he’d had framed for posterity.

“The red suit retired,” one fan commented on his post, while another wrote, “Rip red suit character” and a third asked, “IS THE ERA OVER???”

And at the 2021 Brit Awards earlier this month, The Weeknd debuted his new look, donning a black raincoat, trousers and bucket hat by Valentino for his performance.

The red suit had quite a run; The Weeknd wore versions on the red carpet at the 2020 VMAs and AMAs as well as in his music videos for “After Hours” tracks including “Blinding Lights,” “Heartless,” “In Your Eyes” and “Until I Bleed Out.” 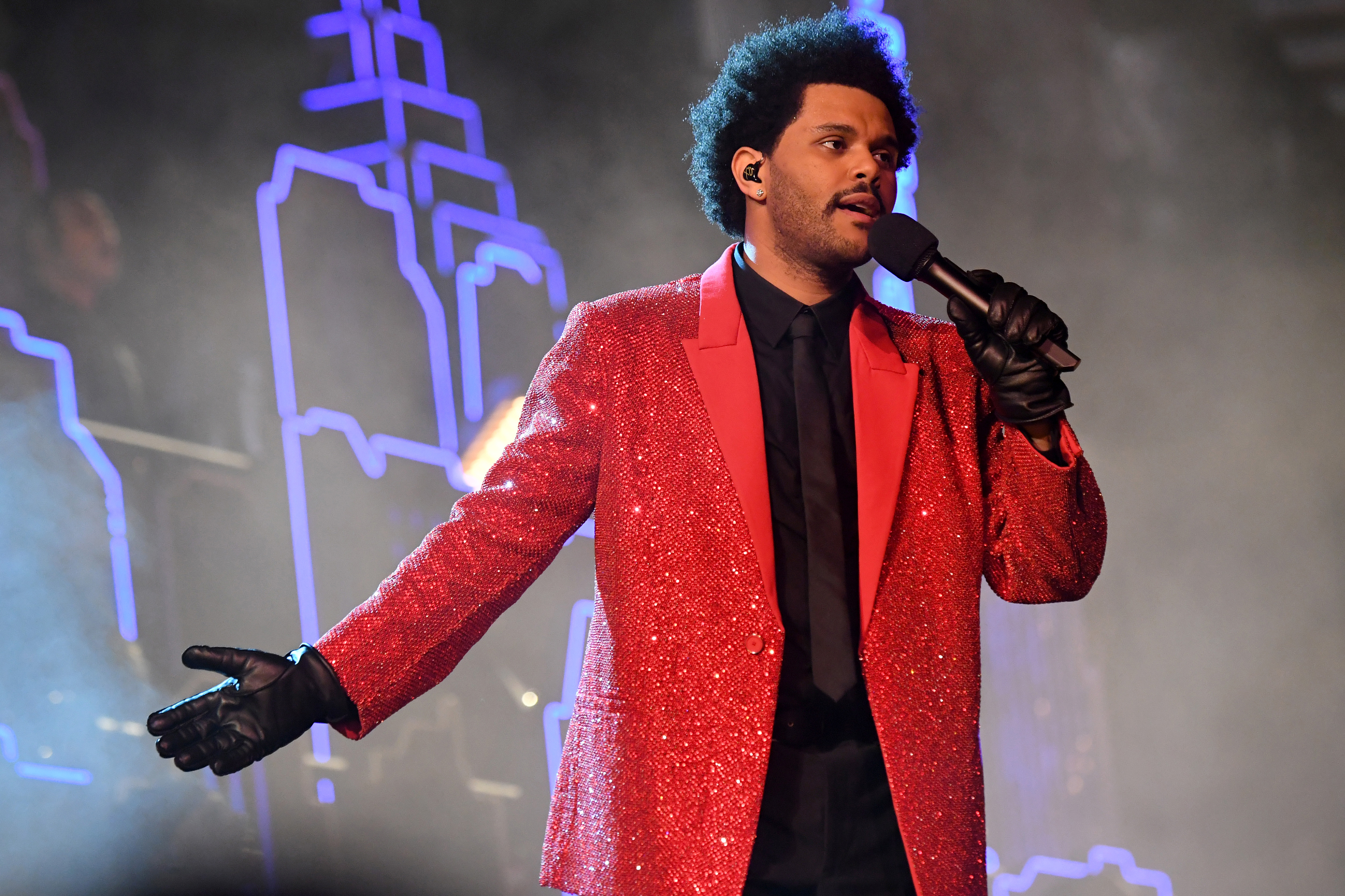 He even sported a sparkling Givenchy version while performing at the 2021 Super Bowl halftime show in February.

The Weeknd, who was infamously snubbed by the Grammys, leads the pack with the most nominations at the Billboard Music Awards this year; he’s up for Top Artist, Top Male Artist, Top R&B Album and much more.

It’s safe to say the absence of his scarlet suit isn’t cramping his style.