If the silver gown Nicole Kidman modeled on the runway last week reminded you of Reynolds Wrap, you’re not alone.

“I love making these high-fashion moments relatable,” O’Brien told Page Six Style, adding that his TikToks are all about “bringing humor” to an industry that often takes itself too seriously.

To channel the “Big Little Lies” star, O’Brien said, “I wrapped myself up in aluminum foil and prayed for the best. With every step I took, it ripped, so I had to find a way to glide.”

His strutting struggles may have actually made the moment more realistic; on social media, many poked fun at Kidman’s “theatrical” gait during the presentation.

But O’Brien, who’s dating NFL player Ryan Russell, didn’t stop at one runway-inspired DIY. He also replicated the outfits seen on Kim Kardashian, Dua Lipa and Naomi Campbell during the star-studded event — staging, as he put it, “my own Balenciaga runway show for under $50 dollars in my living room.” 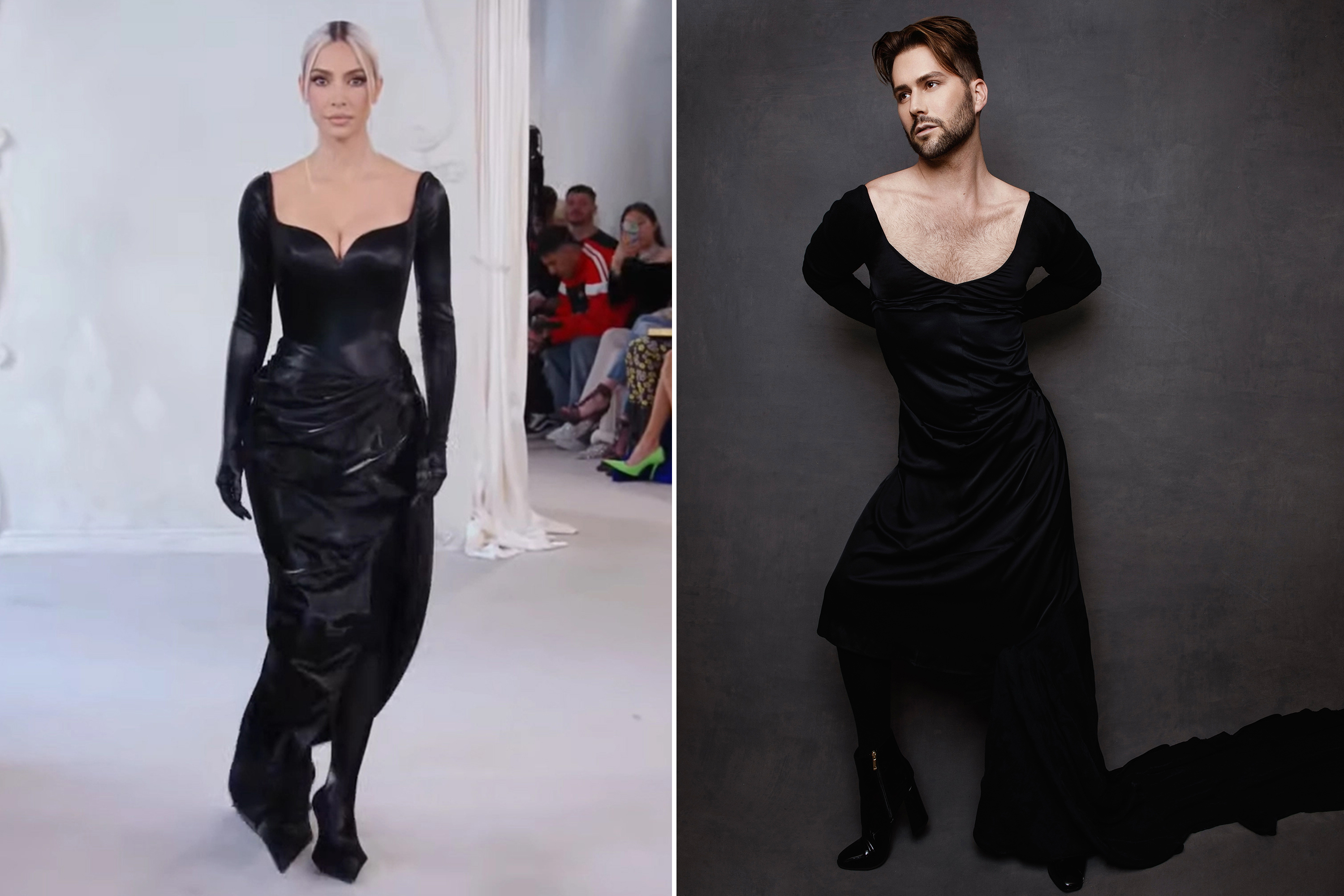 For Campbell’s glossy caped look, the social media star reached for another kitchen staple: trash bags. He even wrapped one of the black Hefty sacks around an old shoebox with a hole cut in the center, creating something akin to the sculptural collar seen on the supermodel. 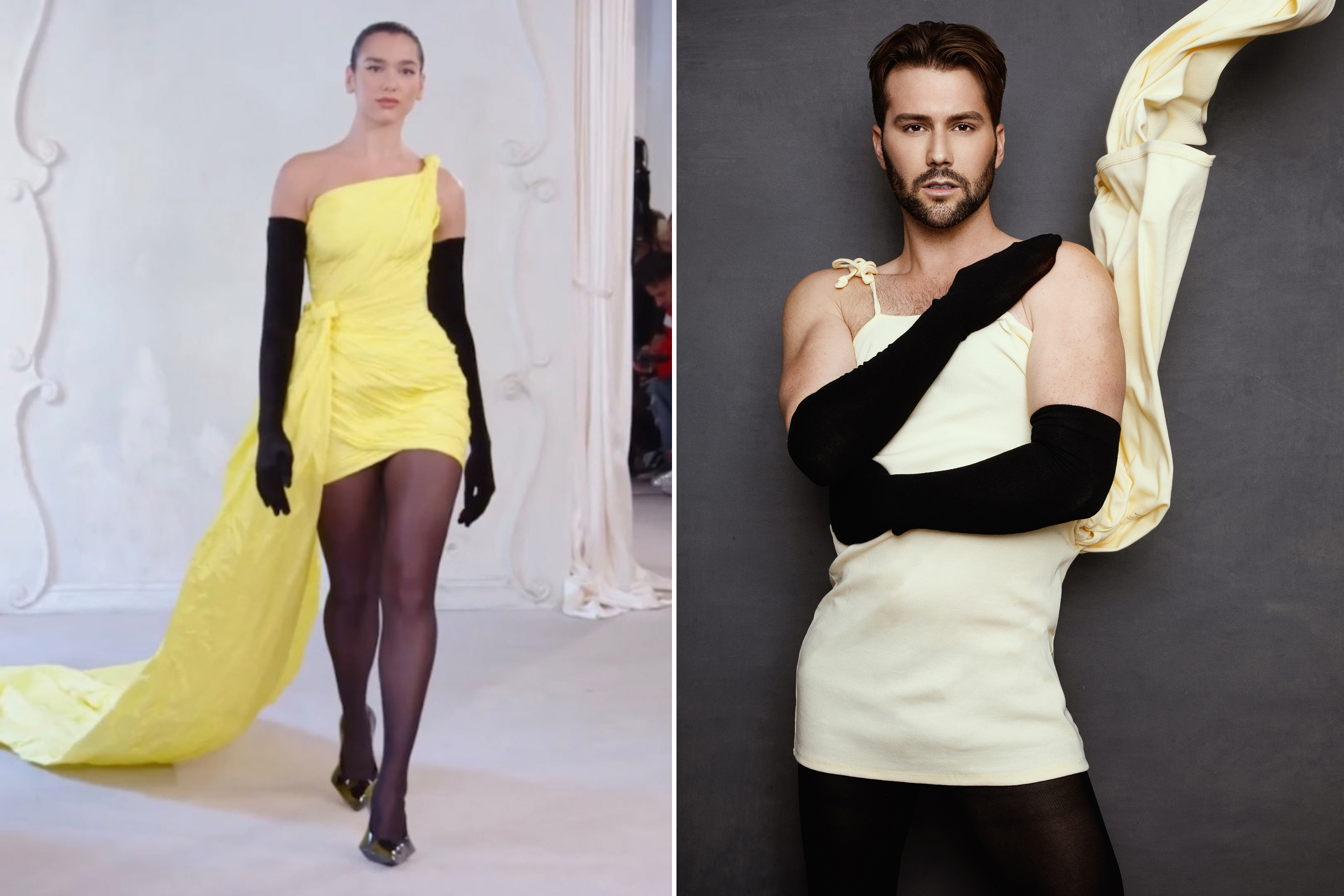 “To see all these strong, confident women in the same room wearing these incredible designs made this moment so iconic. I knew I had to put my spin on it,” O’Brien said.

Who says couture has to cost hundreds of thousands of dollars? 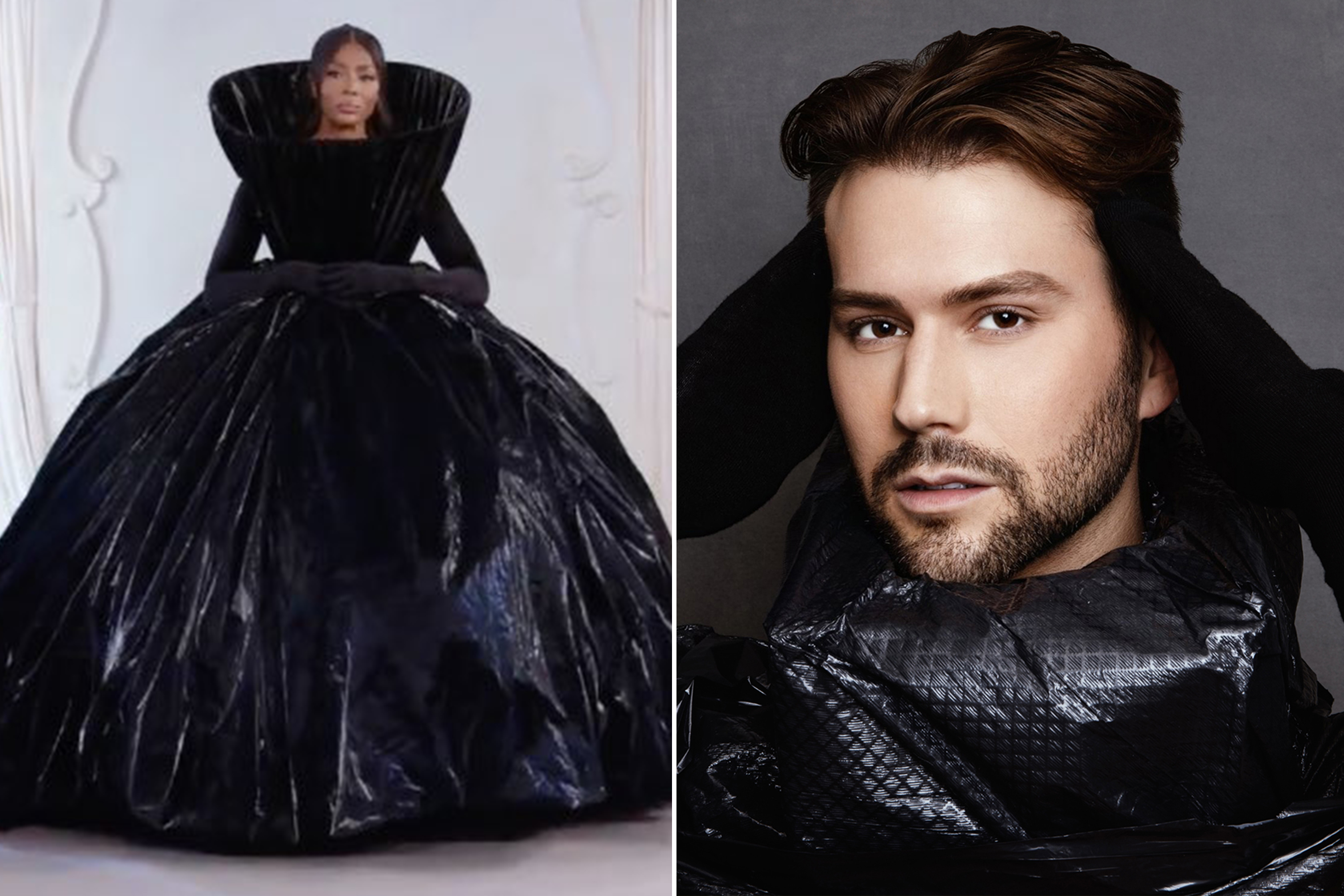