Moderate Liberals want the party to dump a preselected candidate for a key eastern suburbs seat, with one senior party official saying her recruitment of Mormon members and religious-right views make her unelectable.

Mormon Cynthia Watson was chosen last month by rank-and-file members to run in Ringwood, which Labor holds by a 2.8 per cent margin after snatching it from the Coalition in 2018. 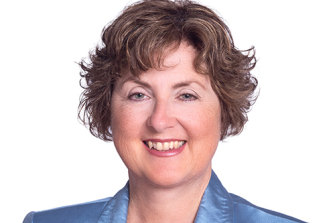 But moderate Liberals believe the former City of Boroondara mayor’s religious right-wing values could be a liability and some members were surprised when she told Ringwood members at the preselection she would not move to live in the electorate.

These included Neil Erikson, who was jailed for 10 weeks last year for yelling homophobic slurs in a queer-friendly Melbourne church and was previously convicted of inciting contempt of Muslims.

Mr Erikson also travelled to the Queensland event from Melbourne, prompting the Andrews government to release a statement claiming it was “extraordinary” that Mr Watson, a Liberal Party delegate, may be associated with extremists. 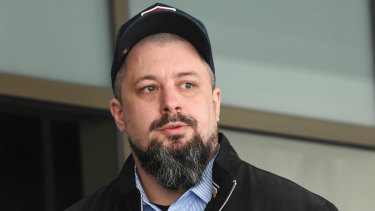 “It’s time the Liberals came clean – what do they know about the far-right infiltration in their party, and what are they doing about it?” Mr Merlino said.

A senior Liberal Party official, prohibited from speaking publicly under party rules, told The Age they believed Ms Watson’s factional work and her religious-right views made her “unelectable” and were antithetical to the Victorian branch’s attempts to modernise and appeal to younger and ethnically diverse demographics.

“[Labor] will be silent now and wait until [her preselection is confirmed], and I wouldn’t be surprised if they letterbox the whole electorate with this information,” the official said.

“She has the potential to derail a state campaign.” 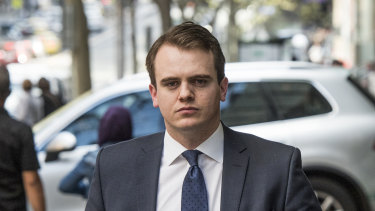 Marcus Bastiaan, the former vice-president of the Victorian division of the Liberal Party.Credit:Jesse Marlow

Ms Watson has not yet been formally endorsed by the party’s administrative committee. Senior members of the committee will try to block her endorsement when it meets on Monday night.

The former mayor was a factional ally of former right-wing factional leader Marcus Bastiaan. Their party grouping came to dominate party affairs by 2018 after years of heavy recruitment of party members from organisations including Mormon churches.

Ms Watson was named repeatedly in a forensic audit into allegations of breaches of party rules that was prompted by an investigation by The Age and 60 Minutes into a factional operation led by Mr Bastiaan and federal Housing Minister Michael Sukkar. Mr Bastiaan resigned after the reports. The Age does not suggest Ms Watson was involved in branch stacking.

The party’s candidate-vetting committee pressed Ms Watson on her history in the party. They ultimately approved her application to run as a preselection candidate.

The Liberal Party faces an enormous challenge to win the Victorian election in November. The Coalition has 28 fewer seats than Labor, and polling indicates it has not made up ground since the last election in 2018. To be competitive, the party must first win back seats it lost in the eastern suburbs, including Ringwood and Hawthorn.

Liberal head office and Opposition Leader Matthew Guy are keen to preselect more female candidates and broaden the party’s appeal to new groups of Victorians in the western and northern suburbs and in the regions.

The Victorian branch has been mired in factional infighting for years. Ms Watson referred to her factional opponents in December 2018 as the “Janus Brotherhood” – a reference to the figure from Roman mythology who had two faces and was responsible for beginning and ending of conflict.

She said the “secretive Victorian Liberal Party network” was responsible for the party’s 2018 election loss.

The vote, which was won by former Bentleigh candidate Asher Judah, was audited because a small number of group members who voted were technically not eligible to do so. Mr Judah won by a margin of 71-48.

Ms Watson and the Victorian Liberal Party head office were contacted for comment.

Fascinating answers to perplexing questions delivered to your inbox every week. Sign up to get our new Explainer newsletter here.