Usher and his girlfriend, Jenn Goicoechea, are expecting their second child together.

Goicoechea debuted her baby bump Thursday on the red carpet at the 2021 iHeartRadio Music Awards, which Usher hosted. He also performed a medley of his greatest hits at the show.

“‘Another One’ in my @djkhaled voice #Iheartawards 🥰😘,” the pregnant Epic Records executive wrote on Instagram alongside a photo of her and Usher, 42, at the ceremony.

The couple did not announce the sex of their baby-to-be or when Goicoechea is due.

Usher and Goicoechea already share daughter Sovereign Bo, whom they welcomed in September 2020. The “My Boo” singer is also father to two sons with ex-wife Tameka Foster: 13-year-old Usher V, who goes by the nickname Cinco, and 12-year-old Naviyd. 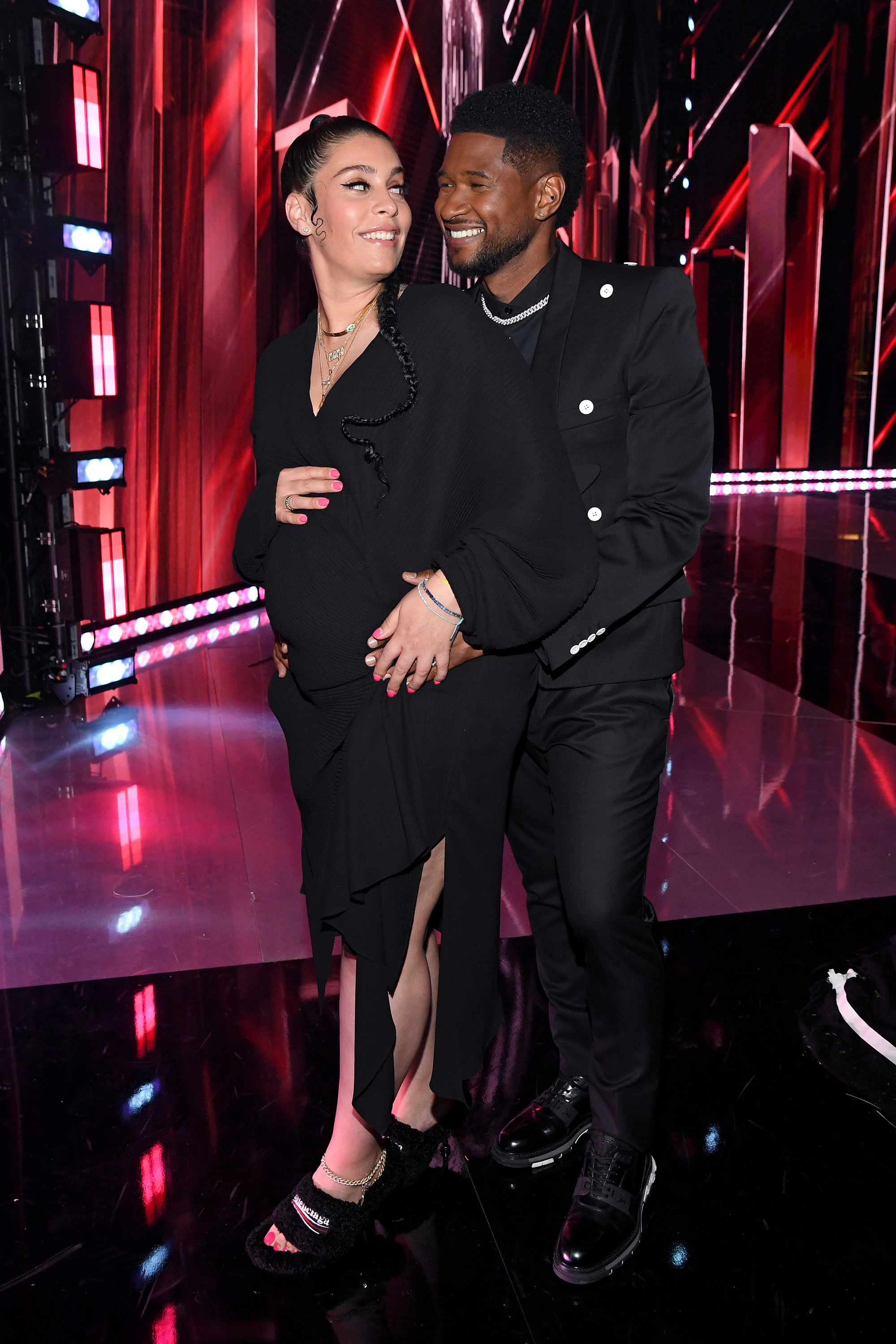 Earlier this week, Usher explained the meaning behind his 8-month-old daughter’s unique name.

“So, Sovereign, man, is such a beautiful word and name to me, you know, a supreme ruler is obviously the defined name,” he told “Extra” on Wednesday. “She’s definitely ruling the household, but Sovereign Bo — Bo is at the end of it, so [she’s] my little ‘reign-bo.’”