“The reality of being on set is quite different,” the actor’s son Jack tells TooFab.

As Val Kilmer notes in his eye-opening new documentary “Val,” Batman is “the ultimate leading role” in Hollywood — but, for him, landing “Batman Forever” wasn’t all it was cracked up to be.

Using a number of the actor’s home videos filmed throughout his entire career, “Val” chronicles his childhood, rise to fame and subsequent roller coaster ride of a career. Since Kilmer himself was treated for throat cancer in 2014 and now speaks through a tracheostomy tube, his son Jack Kilmer narrates the entire film as his father. His daughter Mercedes Kilmer is also an associate producer on the film, which touches on the realities of donning Bruce Wayne’s infamous cowl. 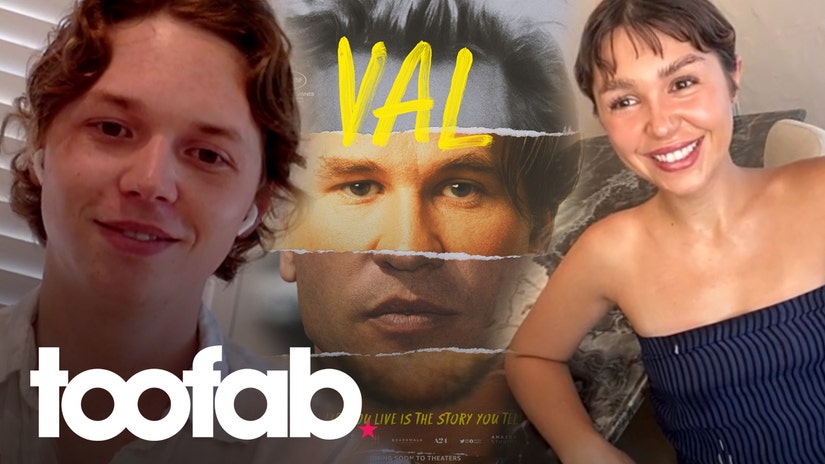 “There was a line in the movie, that I really like, that’s like, ‘Every boy wants to be Batman, like they actually want to be him, but they don’t necessarily want to play him in the movie,'” Jack told TooFab in a recent interview. “I really wanted to be Batman as a child, but the actual, the reality of being on set is quite different.”

In the doc, Kilmer said he signed onto “Batman Forever” without even reading a script. But, once he got on set, “whatever boyish excitement I had going in was crushed by the reality of the Batsuit.” He explained that you can “barely move” in the costume, which also required other people’s help to get him to stand up and sit down.

“You also can’t hear anything and after a while, people stop talking to you. It’s very isolating,” he explains. “It was a struggle for me to get a performance past the suit … it was frustrating until I realized that my role was to show up and do what I was told to.”

Kilmer also said that costars Tommy Lee Jones and Jim Carrey had designed such “huge” performances for their characters of Two-Face and The Riddler that he was left thinking “it made no difference what I was doing.”

“Yes, every boy wants to be Batman. They actually want to be him, they don’t necessarily want to play him in a movie,” adds Kilmer, who turned down appearing in another Batman film to star in “The Saint” instead.

“[Something] I really respect and love about our dad is that he is a real serious classically trained actor but he has such a real love and reverence for comic books and big entertainment and that really simple joy of a character like Batman,” Mercedes told TooFab. “I think that’s something that he’s always wanted. He’s really dedicated to his craft, but he also really wants to share it with as many people as possible.”

“I think it was hard, like, on the set, he couldn’t move and that’s when he couldn’t act,” she added. “And I think that was hard for him as an actor, because he had all this stuff he wanted to do. But I think he really loves those roles like that and he’s, he’s always been very honored to have a place in that kind of American history of movies.”

While the experience may not have been the most fulfilling for Kilmer creatively, there were a few benefits to being in the movie at home.

“The experience I’ll never forget, of being put in the Batmobile as a kid … I thought I was Batman,” said Jack, who is seen as a child getting a coin-operated Batmobile as a gift. “We had the gloves, and everything at home from the movie so it was like, I don’t know what else to say. It’s just the best.” 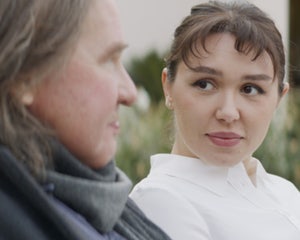 Kilmer still does convention appearances, where his role as the caped crusader is still very popular. At one point in the doc, he admits that he sometimes feels “so low” and has “the blues really, really hard” when he feels like he’s “selling basically my old self, my old career” doing signings and appearances for past films — but he also sees the upside of the situation.

“For many people, it’s like the lowest thing you can do is talk about your old pictures and sell photographs of when you were Batman or the Terminator,” he says — before adding, “but it enables me to meet my fans and what ends up happening is I feel really grateful rather than humiliated because there’s so many people.”

The full documentary is packed with Kilmer’s home videos, most of which his own kids hadn’t even seen before. “There are many surprising moments,” Jack told TooFab, before revealing what footage stood out for him while putting the film together.

“I would say my top two at the moment are him showing up to the premiere with Cher when he was 25 at the ‘Top Gun’ premiere, talk about TooFab,” he joked. “The second one is just seeing footage of our uncle Wesley, who passed away and we never got to meet him, but he was an amazing guy.”

Mercedes, meanwhile, loved seeing her parents’s wedding video and some of the behind-the-scenes antics from her dad’s time filming “Top Gun.” She added, “To see all my dad’s home movies from when they were kids and would make all these little films and reenactments and stuff of other films, that was really special.”

“Val” is in theaters now and hits Amazon Prime Video on Friday August 6, 2021.