Logging in to watch television has cracked the final holdout. In July the ABC will make personal accounts mandatory for anyone who wants to use iview, the national broadcaster’s streaming platform. For now, there is no set date for this hard border, as the ABC is trying to coax its viewing audience into signing up instead of cracking down on them, but at some point next month it will happen.

“We’re working towards mandatory in July, but it doesn’t mean July 1,” says Leisa Bacon, the ABC’s director of audiences. “We deliberately left it open because we want to take our audiences with us and take on board their feedback and iterate the experience. We’re working towards a later in July date, but at some point it will definitely happen.” 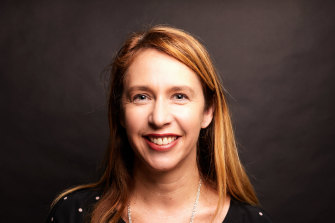 Leisa Bacon is the ABC’s director of audiences.Credit:ABC

As with virtually any public-facing facet of the ABC’s operation, the introduction of accounts for iview has been contentious. Privacy concerns, objections to a taxpayer-funded organisation regulating access, and worries about difficulties for older viewers have all been cited. But the ABC believes the program is on track, pointing out that between May 10 and June 16, 475,000 accounts for iview were created, while 118 complaints were received.

In an era when the list of streaming services is expanding rapidly, iview is the last major streaming platform in Australia not to require a log-in. SBS on Demand, for example, and free-TV streaming platforms have required a user’s individual email for years now.

“We have very much lagged behind the industry,” Bacon says, and the ABC’s focus has been to improve iview before making access compulsory. The platform now has 3800 hours of content available in any given week, plus live streams and news content, while the app has been redesigned for smart TVs. The next step is to push the benefits of having an account.

“It’s a value exchange,” Bacon says. “We have prioritised ensuring that we have the services so there’s a value in logging in, such as recommendations and a depth of content and that content being up for long periods of time, setting up watchlists and continue watching [functions], and also setting up children’s profiles so there’s a safe space for children.”

The ABC says it will be able to draw significant information from the viewing patterns it tracks, and believes it can keep iview visitors engaged for longer. The aim is for accounts to create a sustainable viewing ecosystem. 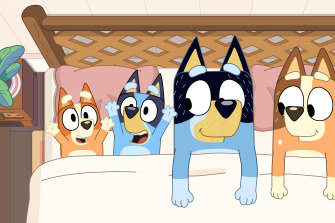 ABC staff members have dashboards on their computers that show real-time feeds of viewing figures; when a Bluey episode is added to iview the spike is immediate. Credit:ABC

“You bring in different audience groups and you surface more relevant content for them with the aim of keeping them on your platform for longer,” says Bacon, who has been with the ABC for seven years. “We don’t want every single person having the same experience or they won’t find the content that’s relevant to them.”

Bacon cites the irreverent comedy series Superwog, which has just debuted an “incredibly” popular second season in full on iview, as an example of how personalised accounts will be beneficial. The show brings in a rare audience for the ABC in young males. With individual accounts, the ABC can make sure that they’re offered complementary options after they finish Superwog, and what they do and don’t watch is also data that will be passed on to the programming teams for their next round of commissions.

Viewing data already circulates through the ABC – staff members have dashboards on their computers that show real-time feeds of viewing figures; when a Bluey episode is added to iview the spike is immediate and unmissable. One way to look at the introduction of accounts is as an emphasis of how important iview is – and increasingly will be – to the ABC, where it already generates 102 million program plays per month.

“Yes, iview is a critical part of the future of video, but we also have a huge audio service… and news, which has done an incredibly strong job in its digital performance,” Bacon says. “But that trajectory is changing and I have no doubt iview will catch up.”

While the ABC stresses the safety of the account system – “we’re not going to sell anyone’s personal data”, Bacon is at pains to note – they’re also reworking it. The individual recommendation algorithm, a ubiquitous function on commercial streaming services, has been modified to allow for human curation alongside machine, to avoid echo chambers.

“We want to make sure, for example, that if something is happening in the world then our news service can be easily found,” Bacon says. “One of the things we need to do as a public broadcaster is make sure that if there are important national conversations people are aware of and have access to them.”

Find out the next TV shows, streaming series and movies to add to your must-sees. Sign up to get it every Thursday