The film’s writer-director also teases the big twist in the film, while the cast dishes on intimacy coordinators.

“The Voyeurs” stars Sydney Sweeney, Justice Smith and Ben Hardy — as well as writer-director Michael Mohan — are opening up about what the film is trying to say about social media and privacy. 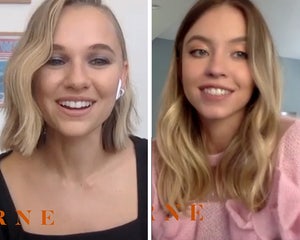 In an interview with TooFab, the foursome discussed how the film handles the topic of social media and privacy — with characters remarking how easy it is to not only learn so much about, but also stalk other people — and shared whether working on the project has changed their own personal views or perspective. While Sweeney and Mohan admitted that “The Voyeurs” had altered their outlook, Hardy and Smith revealed they already had concerns before signing onto the movie.

“I think I was already very skeptical of social media anyway, to be honest with you. So it hasn’t really changed my perception,” said Hardy, 30. “It’s part of the reason I made the movie in the first place because I completely agree with that sentiment. I knew that was something that I could get on board with in terms of playing Seb. Seb is quite a complicated person — everyone’s multifaceted — but so, you know, when you’re playing someone whose intentions are maybe somewhat heinous, it’s nice to have an access point and I knew I could definitely agree with him on that. So that really helped me in terms of getting into his logic of why he did what he did.”

“Similarily to Ben, I already kind of had a tumultuous relationship with social media,” explained Smith, 26. “I recently unfollowed everyone from my social media and now it’s just me on my feed and that’s it. And that kind of helps me not compare myself to other people or be obsessed with what other people have going on, because it’s so easy to do, it’s like, it’s almost second nature to compare yourself to others.” 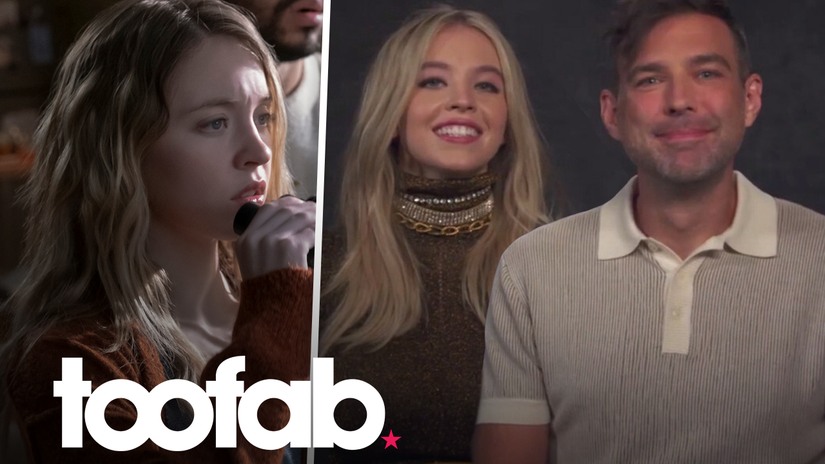 Sweeney, 23, told TooFab that she “100%” agrees with Smith’s sentiment about comparing himself to others. “It’s sad that I’m having to say that,” she said, “but it’s completely true.”

Mohan added, “I mean I think that what drives us to it is this bizarre cocktail of like insecurity and repression that, you know, is embodied in Thomas and Pippa.”

When asked about what he hopes to tell with “The Voyeurs” as far privacy is concerned, Mohan said, “You’ve heard the phrase: ‘the grass is greener,’ right? and I think that that feeling has intensified in the last 10 years because now we have this app called Instagram where at any moment, we can peer into the window of other people’s lives and even though what we’re seeing has been like Facetuned and filtered to present this reality that’s not at all attainable, we still feel dissatisfied in our own lives by comparison.”

“You’d think our brains would go like, ‘This is bad for us. We should stop looking.’ But instead, we’re addicted,” he continued.

“We have an amazing intimacy coordinator. We had Amanda from Season 1 from ‘Euphoria’ come to ‘The Voyeurs,'” Sweeney explained to TooFab. “And I think that having someone in that space, who is your advocate, who’s your voice … Because you can sign a contract and say, ‘Yes, I’m okay with it.’ And then in that moment, if all of a sudden you don’t feel comfortable, sometimes as an actor you may feel guilty and you don’t want to voice that … but having someone like Amanda who’s able to be your voice and be there, it has definitely made intimate scenes, I think, easier and more comfortable.”

Hardy said he felt “kind of covered” when it came to acting out intimate scenes as he learned to simulate sex on stage when he was fresh out of drama school. However, the actor admitted that he was more concerned about filming the scenes in today’s day and age.

“[What] I was more worried about was, especially in the age that we’re living in now which I think is great, that there is much more awareness that maybe people haven’t been comfortable with certain situations or definitely haven’t been comfortable with situations over the past … who knows how long,” he explained. “I was worried about putting someone in an uncomfortable situation … not intentionally, obviously, but by mistake, and so it was great that we had an intimacy coordinator on this who made sure that that didn’t happen, which put me at ease as well as everyone else who I was having steamy scenes with.” 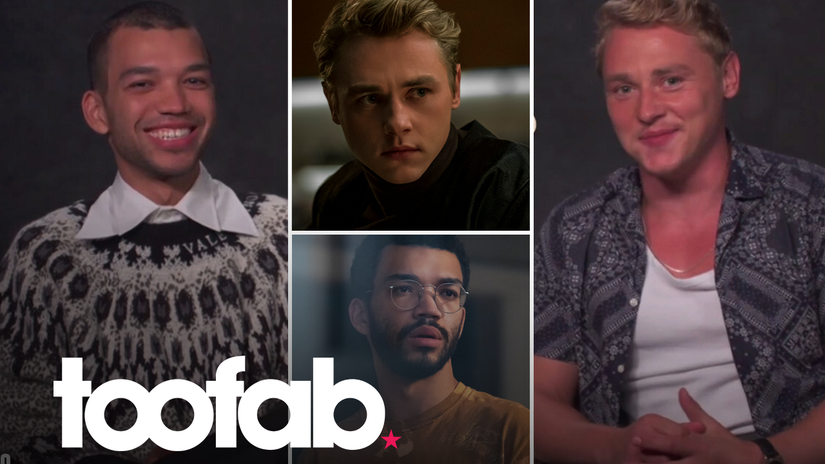 Justice, on the other hand, said he simply “went to the gym a lot” to prepare.

TooFab also asked the group how they would tease some of the huge twists in the film without giving anything away — and, for the actors in particular, to share how they reacted when they read about them in the script.

“My initial reaction, I got to one point and I thought that was the ending of it,” Sweeney explained. “And then when I looked and there were about 20 to 30 more pages, I couldn’t believe it. I go, ‘What is gonna happen now?'”

As for Hardy, he said, “It’s very hard to tease without giving it away. … This is the line I would go for: just as everything you see on social media may not be what it seems, there’s many things within our script, within our film, that may not be what they seem.”

Similarly, Mohan said, “I think the thing that’s tricky is I think the instant you say there’s a twist in the movie, people are going to be looking for it. And so, I say, ‘Bring it on.'”

“The Voyeurs” is available to stream on Prime Video on September 10. 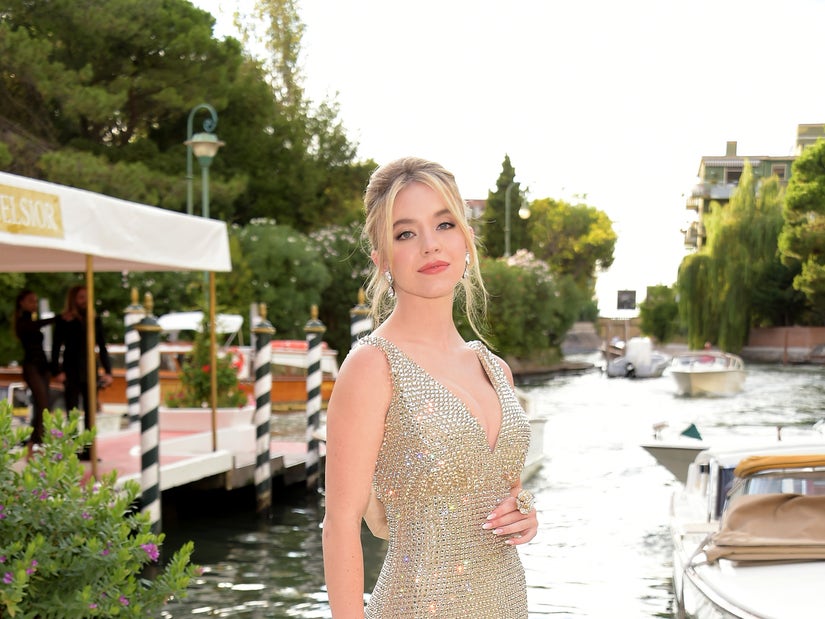