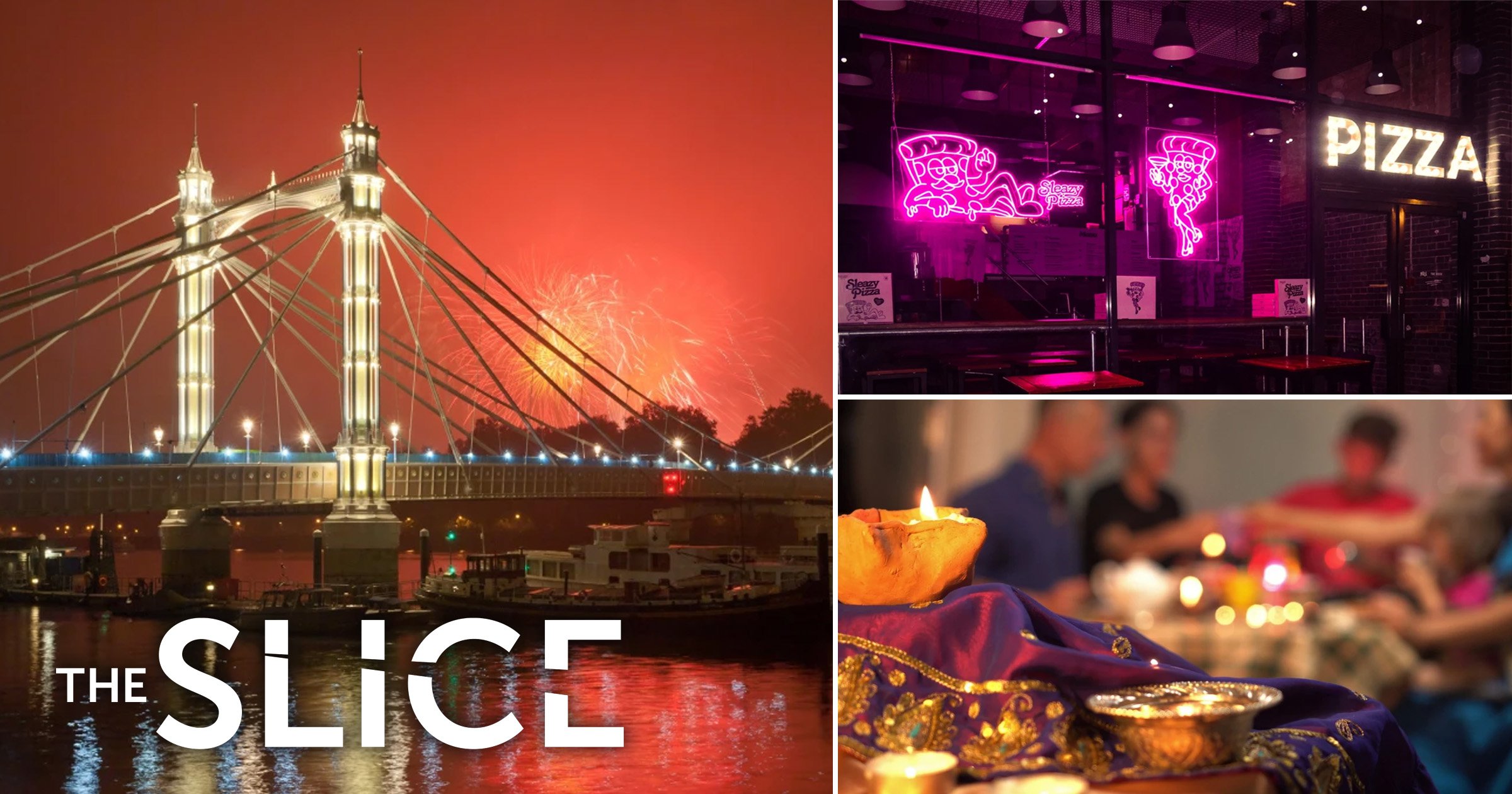 It’s beginning to feel downright twinkly out there, what with Bonfire Night approaching, when we can actually go and see some whizz-bang action, yay!

And with special Diwali feasts being laid on and nights out on the curling (and we’re not talking hair, people!), we’re coming over all snuggly.

Add to that lots of other cool stuff going on around town such as gaming (think retro), eating pizza (think Sleazy) and going to gigs (indoor ones, maybe with a warming drink), and we’re on fire!

Winter is upon us, people, and we couldn’t be happier!

A lotta bang for your buck

Need a place to ooh and aah, hold someone’s hand in their pocket and take secret chugs out of that flask you got last Christmas?

Well, there are many places to do your fireworks, but you’re going to have to act quickly or risk watching with your nose pressed up against the gates!

Battersea Park is laying on its usual spectacular over two nights, Saturday and Sunday, with the latter a more family affair, while in Dulwich Sports Club there’ll be more families as it’s kids for a quid for anyone under 16 (you can pass! Go for it!).

Meanwhile, it’s Musical Fireworks Displays over in Wimbledon and Morden — ‘cause they’re fancy like that — along with mulled wine, pizza, barbecue, the works. And up north they are giving away the whole experience for free till 3pm on Saturday in Wembley, where they are covering firework night and Diwali in one go, seeing as it’s all about light in the darkness and everything.

Wherever you choose to do it, lock up your pets, wrap up warm and remember rogue sparklers can burn sensitive hands.

Well worth Fawkes-ing out for

We all know the story of Guy Fawkes, the plotter who tried to blow up the Houses of Parliament and ended up immortalised as everyone’s favourite bonfire kindling for the next 400 years.

But how well do you really know what took place on November 5, 1605? From May 2022, you can see the dastardly plan unfold first hand in The Gunpowder Plot, an immersive experience brought to you by VR boffins Layered Reality™ and Historic Royal Palaces.

Travel back in time to unmask the mysterious figures behind history’s most daring conspiracy, as part of the thrilling live-action experience at Tower Vaults, next to the Tower of London.

Are you feeling game?

Don’t know about you, but we’re busy people. So when it comes to dating, the only way that works for us is speed dating. Or maybe we just bore easily.

The same applies to our relationship with gaming, which is why we are excited at the prospect of Date the Game, a new ‘speed gaming’ concept to get you out of your gaming rut.

There are three different zones, with games across Nintendo Switch, PS4 and mobile devices with a range of titles for you to discover/rediscover… with actual real-life person-to-person dating opportunities thrown in.

Curl up and… vie!

Queens, the west London all-year-round ice rink, missed out on its 90th — yes, 90th! — birthday celebrations last year due to you-know-what, but they are backer than a backless dress this year determined to make up for it with the introduction of new things to do on ice (apart from vodka, we’re guessing).

And as part of that programme of new ice-scapades, they’re introducing curling! Yes, curling! Imagine suggesting that for date night! And by curling we don’t mean going fetal, we mean spinning stones across ice, a bit like bowling but slipperier.

MEATliquor will be sorting out the burgers, The Sin Bin the cocktails… and the rest is up to you!

When it comes to pizza, we like ours easy, cheesy, but most of all, Sleazy.

Yeah, Sleazy Pizza is coming to Brick Lane — the heart of the Truman Brewery to be exact — and they’re kicking the whole thing off with a huge street party with drag queens (because you know how well melty cheese goes with lip gloss), free pizza (yes, you read that right — free!), drinks, and Friends With Benefits membership cards being given out so you can get stuck in on a regular basis.

Pitch up for great gigs

We’ve all missed out on festivals big-time over the last couple of years, but now we’re more or less back to normal what better way to catch the heck up and celebrate music in the city than with the Pitchfork Music Festival?

We can’t even think of an answer to our own question! Enjoy live performances from over 50 artists (so maybe 53 or 57) including Stereolab, Moses Boyd, Black Midi, Tirzah and Metronomy at iconic music venues as far flung as the Southbank Centre, Village Underground, Fire, Fabric and the Roundhouse. We think we can make at least some of those…

Are you ready to rock?

After a brief return earlier in the year, the mighty Doc’n Roll Festival comes roaring back with a large programme of music films running both nationwide and online, including Beth B’s fascinating portrait of the terrifying force of nature that is Lydia Lunch.

Get to know your greens

While we all put our heads in our hands at the fine words and zero actions of our glorious leaders as they load the atmosphere with hot air at Cop26, how about some people who are actually, you know, doing something?

Bang on cue, enter the capital’s first ever pop-up climate transparency store and it comes from the Knowvember movement, which seeks to shine a light on brands to see just how green they are and what their carbon footprints look like. Because if you don’t know this sort of stuff, how can you choose where to spend your hard-earned, right?

Get a glimpse into the future of shopping, find out how you can put the pressure on and then go for drinks in Shoreditch. Green ones.

Light up your insides

Halloween, down. Guy Fawkes, nearly down. Christmas, coming upon us. But let’s not forget Diwali, the festival of lights, especially when it could well involve a visit to Mathura, the foxy new restaurant from chef Atul Kochhar, who knows a thing or two about putting on a feast that works as well on the eyes as it does on the tongue.

Set in a beautiful Grade II listed building that used to be Westminster Fire Station, expect their bespoke Diwali menu to offer all the flavours of India and surrounding countries — from Nepal to Sri Lanka — with off-the-wall tasties such as goose tikka and corn-fed chicken supreme, plus sweets along the lines of dark chocolate and orange cannoli.

It certainly puts the ooh la la into going for an Indian.

How to get your Metro newspaper fix

Metro newspaper is still available for you to pick up every weekday morning or you can download our app for all your favourite news, features, puzzles… and the exclusive evening edition!