Home » Lifestyle » Why Charlie Hunnam Is Indifferent About Marrying His Girlfriend

Why Charlie Hunnam Is Indifferent About Marrying His Girlfriend 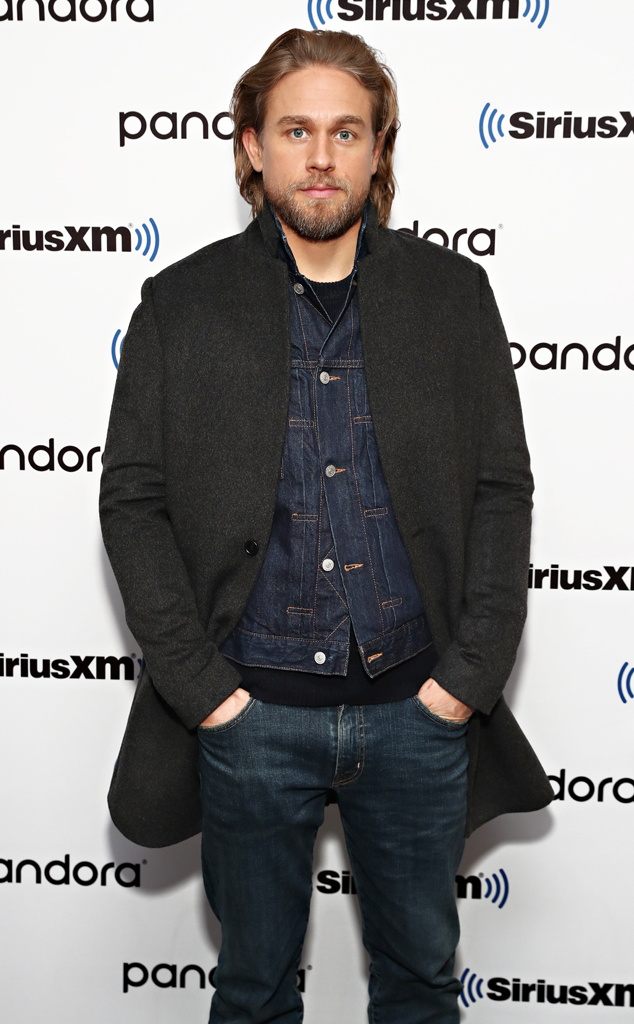 Do we hear wedding bells?

On Monday, Charlie Hunnam sat down with SiriusXM and revealed if he and longtime love Morgana McNelis are gearing up to tie the knot. Joined by his The Gentlemen co-stars Hugh Grant and Matthew McConaughey, the Sons of Anarchy alum declared himself “indifferent” towards the idea of marrying his girlfriend of over 13 years.

“[I’m] sort of indifferent,” he said. “She does not say the same. She’s very eager to get married. Yeah, so, I’ll do it because it’s important to her, but I don’t have any great romantic feelings towards it.”

Chiming in, Grant joked, “I wouldn’t go with that line when you pop the question.”

Hunnam’s feelings towards marriage are understandable being that he was married once before and it “didn’t turn out that well,” according to the Pacific Rim star. In 1999, he wed actress Katharine Towne in Las Vegas when he was 18 after a brief-yet-whirlwind courtship.

For an interview with The AP, he returned to Sin City years later and recalled the motivations behind the couple’s decision to get married. “The first time I was ever in Vegas, I got married, which didn’t turn out that well,” he told the outlet (via The Daily Mail.) “I’d known the girl for three weeks and we’d fallen madly in love.”

Unfortunately, it wasn’t as simple as Hunnam had envisioned. They eventually called it quits and he referred to the marriage as “three terrible, painful, expensive years.”

In the past, Hunnam and McNellis have sparked wedding rumors. Back in 2017, the British actor rocked a gold ring on his ring finger at CinemaCon, which he assured E! News’ Marc Malkin was just a thoughtful gift from his jewelry designer girlfriend.

“It’s a rather beautiful ring and it does just so happen only to fit on that finger,” he told E! News on the red carpet. “So, I’m not sure if that was a subtle or not-so subtle hint, but she gave me the ring.”

He added, “I mean, I’m essentially married. I’ve been together with my girl for over 12 years. That’s pretty much marriage, right?” 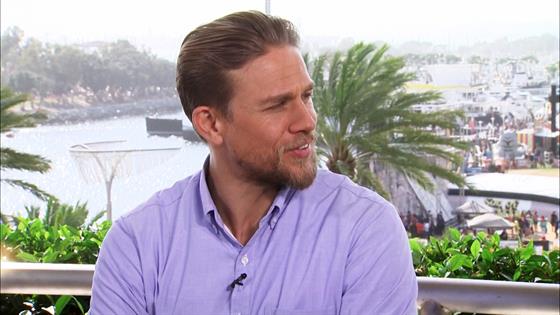 During his SiriusXM visit, McConaughey, who just turned the big 5-0, offered the soon-to-be 40-year-old actor some advice about what’s to come when he reaches the milestone. “40s are a man’s best decade,” the Dallas Buyers Club star said. “I think the 30s are…about process of elimination. You get rid of those things that don’t really pay you back. And then the 40s, you begin to customize and you start to double down on the things that do pay you back. It was my favorite decade by far.”

For Grant, however, he quipped that every decade has maintained the same level of “disgust” for him. “I’ve never enjoyed any decade particularly,” the 59-year-old told his castmates. “But, I have high hopes for the 60s…who knows what’s gonna come.”

Watch Hunnam, Grant and McConaughey in The Gentleman when it hits theaters January 24.

An Oscar-nominated animated short from Daria Kashcheeva, Daughter is the product of the director’s longtime interest in psychology, relationships, and the lasting imprint of childhood experiences. Examining the bond between a father and his daughter—which has frayed over the years due to miscommunication—Kashcheeva wrote the short after reflecting on her own

END_OF_DOCUMENT_TOKEN_TO_BE_REPLACED

Larry David is opening up about his long-running career and more in the new issue of GQ magazine. Here’s what the 72-year-old show creator had to share: On his grumpy demeanor: “People are under the wrong impression when it comes to me being happy or not. I think most people

END_OF_DOCUMENT_TOKEN_TO_BE_REPLACED

Kelly Ripa has revealed that she quit drinking when Ryan Seacrest came aboard “Live with Kelly and Ryan” after Michael Strahan’s 2016 exit. “I started the show and she quit drinking,” Seacrest said on Monday’s episode (via E! News) during a segment on America’s alcohol habits. “What does that tell

END_OF_DOCUMENT_TOKEN_TO_BE_REPLACED

Days after it first came to light, we’re now learning more about Jen Harley‘s alleged in-home attack on Ronnie Ortiz-Magro… and it ain’t pretty. Just as the Jersey Shore star was at the time of the attack, Ronnie is reportedly still confused as to why Jen was even there in the first place.

A Fall From Grace ending explained: What happens? Is Grace guilty?

A Fall From Grace stars Crystal Fox as Grace, who is accused of killing her husband in shocking circumstances. The film also features young lawyer

Manchester United goalkeeper Sergio Romero’s wife has “thanked god” as the football star escaped a car crash in his £170k Lamborghini. Romero was involved in the crash as he made his way to training at the Carrington ground ahead of the club’s game against Burnley on Wednesday. The 32-year-old was

END_OF_DOCUMENT_TOKEN_TO_BE_REPLACED

Doctors want to take sperm from dead men to help plug a national shortage. Academics said the morbid practice of using electric shocks on prostates or specialist surgery was “ethically permissible” because it would help infertile parents. Dr Nathan Hodson, of Leicester University, and Joshua Parker, of Wythenshawe Hospital, Manchester,

END_OF_DOCUMENT_TOKEN_TO_BE_REPLACED

British Prime Minister Boris Johnson‘s government was defeated in parliament on Monday for the first time since a December election, with the upper chamber voting in favor of a move to protect the rights of EU citizens in Britain after Brexit. Johnson’s Conservatives won a large majority in the lower

END_OF_DOCUMENT_TOKEN_TO_BE_REPLACED
Recent Posts
We and our partners use cookies on this site to improve our service, perform analytics, personalize advertising, measure advertising performance, and remember website preferences.Ok