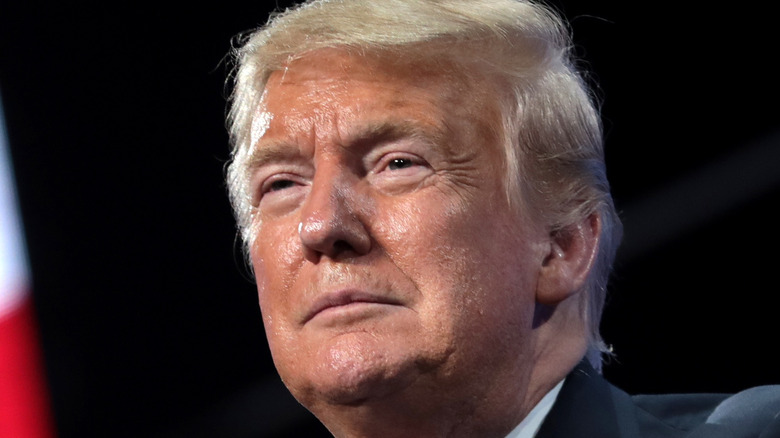 Up until a few days ago, former President Donald Trump knew exactly where he stood on the issue of withdrawing troops from Afghanistan. His position was made clear in a statement (in place of a tweet, because he can’t do that anymore) dated April 18, 2021, where he notes that: “we can and should get out earlier. Nineteen years is enough, in fact, far too much and way too long… Getting out of Afghanistan is a wonderful and positive thing to do. I planned to withdraw on May 1st, and we should keep as close to that schedule as possible” (via Twitter).

That was not the only time Trump declared his support for a complete troop withdrawal. “I started the process, all the troops are coming home, they [Biden] couldn’t stop the process,” Trump declared a month ago in front of a crowd full of supporters (via Twitter).

But something happened between April 18 and the weekend of August 14 and 15, which saw the Taliban surround Afghanistan’s capital city, Kabul, triggering a massive evacuation of the city. Trump’s statement was replaced by an admonition, saying “He [Biden] ran out of Afghanistan instead of following the plan our administration left for him — a plan that protected our people and our property, and ensured the Taliban would never dream of taking our embassy or providing a base for new attacks against America” (via Indy100). 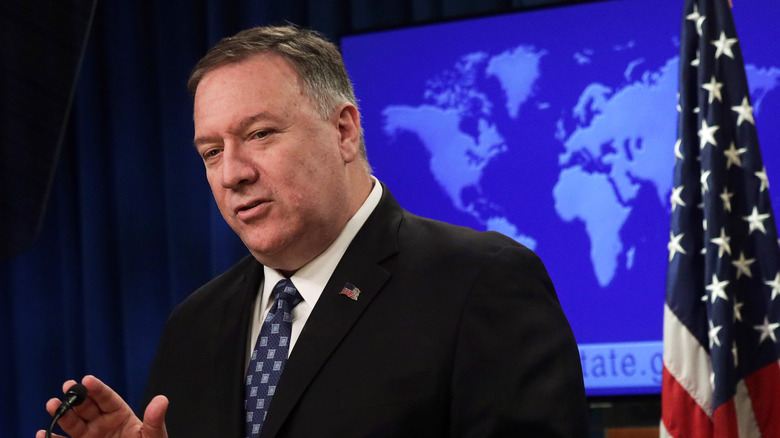 Trump’s webmasters didn’t appear to be the only ones who were busy trying to clean up their sites. Insider points out that the Republican National Committee has taken down a page that considered Trump’s deal with the Taliban as a foreign-policy achievement. It trumpeted what it called a “preliminary peace deal ” with the Taliban that would put an end to military action there. According to the now-defunct GOP page, the U.S. would pull out its troops within 135 days of the agreement, which was signed on February 2, in exchange for a promise that Afghanistan wouldn’t be used as a base for terrorism. The RNC has since told Insider that the removal was part of a “scheduled transfer” of old posts from an old site to a new one.

Even if the page had stayed up, what the GOP’s site does not mention is that the Trump administration backed the Taliban’s call for the release of 5,000 of its insurgents who had been imprisoned by the Afghan government. The insurgents were singled out using a list provided by the Taliban. Of the names on the list, 400 had been linked to or convicted of serious crimes. Those prisoners were eventually released, thanks to the efforts of then secretary of state Mike Pompeo (via The New York Times).

'It's turning into a blame game' 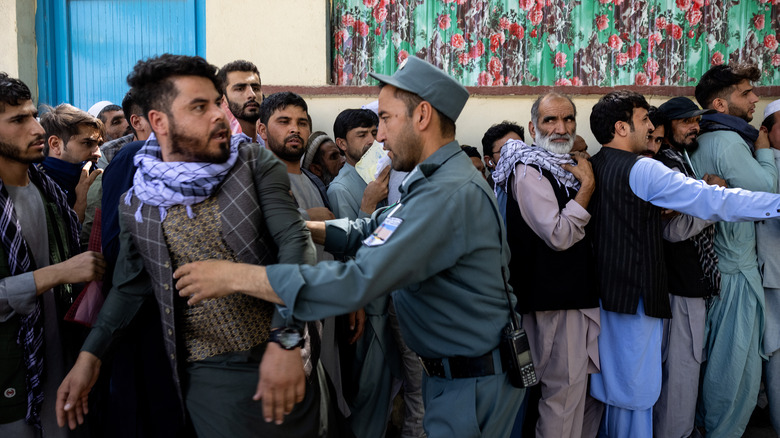 An outraged Twitter struggled to make sense of the heartbreaking, chaotic scenes that unfolded in Afghanistan over the weekend. As part of that, they sought to work out who could be held accountable for the chaos, which is now expected to turn deadly. “It’s biden’s [sic]problem to handle 100%. He inherited this early withdrawal problem from Trump. The people blaming this on Biden are conveniently forgetting or purposely ignoring Trump’s involvement and Trump is trying to delete the receipts as pictured in this tweet,” grumbled one social media user.

Another said: “I personally don’t think that the US and its allies should be abandoning Afghanistan. That aside, shouldn’t Republicans be criticising Biden for being three months late delivering on Trump’s commitment to withdraw US troops by May 2021.” A third pointed out that “GOP is so damn fast criticizing that the Biden Administration just left Afghanistan without a plan. Let’s not forget that is was the Trump Administration who recognized the Taliban & agreed with them to leave. Where’s the former administration exit strategy then, if there’s any.”

But as this social media user said: “It is turning into a blame game now. Instead of both sides focusing on what can be done to help with the desperate people of Afghanistan.”