Home » Lifestyle » With a show about celebrity reputations, ABC risks compromising its own

With a show about celebrity reputations, ABC risks compromising its own

It's a promising premise, timely, topical and loaded with avenues to explore. But, as with a number of the ABC's non-fiction programs in recent years, Reputation Rehab (Wednesdays, ABC, 9.05pm and iview) suffers from trite treatment and miscalculations of tone. Once again, Auntie's determination to confect something upbeat, rather than simply playing it straight, has trivialised a promising project.

Presented by Kirsten Drysdale and Zoe Norton Lodge, former contributors to The Checkout, the six-part series intends to examine how and why people become the focus of ugly headlines, the target of trolls and even the recipients of death threats. According to its publicity, Reputation Rehab aims to "tackle public-shaming head-on and break through the outrage cycle with comedy and empathy". The show invites us to "meet real people behind the headlines and find out what really happens after the outrage storm passes". 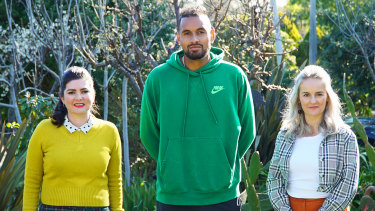 At a time when social media can magnify a flicker of bad press, an episode of unfortunate behaviour or unflattering gossip into a wildfire of global proportions, that seems like a worthwhile endeavour. What causes such a heated reaction? What does it feel like to be at the centre of such a tornado? And, for spectators, what's the nature of our fascination?

Back in the days of the late and lamented consumer-affairs show The Checkout, Drysdale and Norton Lodge presented segments that took a playful approach to the subjects being examined. Their contributions were hit and miss, but the series had the advantage of substance: even if the comedy misfired, the information was useful. 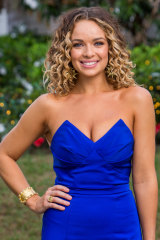 Abbie Chatfield made a memorable entry in The Bachelor, but ditzy humour eventually turned to public shaming.Credit:Network Ten

Chatfield made an early impression when, during the introductions, she responded to his explanatory "I'm an astrophysicist" by brightly exclaiming, "I'm a Gemini!" So the first impression was of a ditzy blonde who had no clue about the difference between astrophysics and astrology. As the season went on, the other women were shown bitching about her. Then came the clinch on the beach, when she revealed that she wanted to have sex with The Bach. A brutal backlash followed.

However, Chatfield and Kyrgios emerge from their respective episodes as more thoughtful and knowing than the hosts. Chatfield's recollection of the exchange in her introductory scene, prior to its editing, is illuminating. But overall, as her episode shifts direction to focus on the workings of reality TV, it fails to reveal anything new about the genre.

Episodes are also padded out with fluffy nonsense. An assortment of "real people" – ostensibly ordinary folk identified by their first names – offers opinions. The attempt to manufacture a tennis bad boy from one of these real people and have him perform at a press conference is dull, as is the protracted staging of an awkward reality-show date. These clumsy segments add nothing to the subject, nor do they offer the fizz of light relief.

The slightly more satisfying upcoming third episode looks at COVID-shaming, revealing how photos can lie but then mounting a misguided campaign designed to shame pangolins in order to spare bats from their bad rap.

Reputation Rehab isn't the only ABC entertainment production of late to suffer like this. The Great Australian Bee Challenge, which screened last year under the Catalyst banner, ostensibly as a science show, was arguably the nadir. It saw four households competing to nurture the happiest hives. Duelling apiaries: bizarre.

The series was essentially about how bees live, what they require to thrive and the dangers that threaten them. But it came dressed up as a contest. Auntie seemed reluctant to make a straight science show, instead opting for a silly gimmick.

Then there's Escape From the City, which has now, unbelievably, moved into its second year. Taking a potentially noteworthy social movement – people seeking to swap urban life for the country or the coast – the producers have reduced it to a real-estate advertisement.

As well, there's Growing Up Gracefully, in which Hannah and Eliza Reilly rediscovered the 1950s teen-advice book of the title, which prompted them to contrast past and present mores. Again, a potentially good idea was undermined by the straining for a jolly tone as the sisters attempted all sorts of attention-grabbing stuff – visiting a sex dungeon, attending a spirituality retreat – that deviated haphazardly from the premise.

There is a range of areas that appears to make Auntie uneasy. Science and arts are among them, along with pop culture and social trends. Whenever programs venture into them, there's a prevailing mindset that the material needs to be tricked up. It's as though the national broadcaster is reluctant to take non-fiction seriously if it falls outside the domain of straightforward news and current affairs. 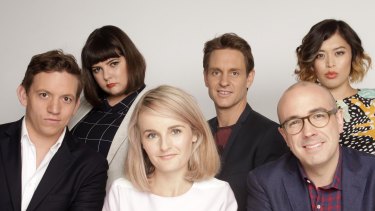 Though The Checkout was hit and miss, it filled a much-needed gap with its information about consumer affairs.Credit:ABC

Gruen got the balance right, setting a tone and a template that has endured for years. Some editions are stronger than others, but it aims for lively, informed discussion of the powerful and pervasive advertising industry. The Checkout, the only show of its kind and one that filled a significant gap, also managed to create a buoyant tone as it delivered a wealth of useful information.

But too many other efforts in the area have been disappointing and Reputation Rehab fails to improve the scorecard.

END_OF_DOCUMENT_TOKEN_TO_BE_REPLACED

President-elect Joe Biden’s inauguration in January will be a “scaled-down” ceremony compared to previous years as the nation continues to struggle with the coronavirus, said incoming White House chief of staff Ron Klain. “I think it’s going to definitely have to be changed. We started some consultations with House and

END_OF_DOCUMENT_TOKEN_TO_BE_REPLACED
Recent Posts
We and our partners use cookies on this site to improve our service, perform analytics, personalize advertising, measure advertising performance, and remember website preferences.Ok