Sydney and Melbourne households are in a shadow lockdown with spending activity at low levels not seen since governments imposed restrictions keeping people at home to stop the spread of coronavirus.

The latest ANZ spending data for the week to January 5 is the “worst week since Delta” with Sydney and Melbourne lagging below the national average, the bank’s senior economist Adelaide Timbrell said. The analysis includes multiple sources of spending such as card transactions and merchant data. 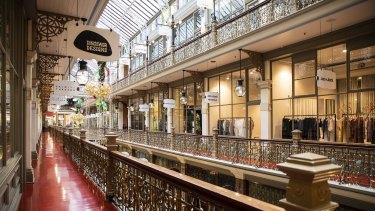 “Caution about being in public places is being compounded by staff shortages to stifle spending across dining, retail and travel,” Ms Timbrell said.

Spending in Sydney and Melbourne is near levels typical of lockdown conditions, despite those restrictions not being imposed on either city by the government. Total spending in Sydney is now at its lowest level since the start of the pandemic on this measure.

“In Melbourne specifically and Victoria overall spending is not as low as during Delta lockdowns and it recovered faster after Delta lockdowns than Sydney, which seems to have been hit harder by interstate travel rules through the last year,” she said.

There have been sharp falls in Queensland, South Australia and Western Australia since Christmas.

Several leading economists have warned the latest surge in cases will lead to some households going through “self-imposed” spending lockdowns to avoid catching the virus or being a close contact. However, the broad consensus was for a short period of sluggish sales followed by a recovery and some of the decline will be offset by online purchases.

Deloitte Access Economics partner Chris Richardson said consumers are critical for the “baton pass” between government support and the economic recovery, though he said one week’s data during a volatile period was not enough to fully gauge the situation.

“Without consumer spending, businesses don’t spend and we don’t get lift off,” Mr Richardson said. “It’s a shock to [the] national psyche with cases going so high.”

He said the federal government support was becoming less vital but said politicians should be “prepared to pull the trigger” if consumer confidence dragged and there was a need to provide more stimulus.

“A snap poll of our members today paints a high-pressure situation with 80 per cent of businesses saying they have staff in isolation,” she said. About 20 per cent of retailers have up to half their workforce affected by isolation requirements.

“We are hopeful that cases will peak shortly as projected, resulting in a more manageable situation,” she said.

Shadow Treasurer Jim Chalmers said there was a connection between too few rapid antigen test kits, the government’s decision not to make them freely available to everyone in any situation and workforce shortages followed by reduced spending.

Small and medium business groups had been lobbying the government to provide them with free rapid testing kits to provide their staff.

Recent data also suggests “wobbles” at the top of the car and property markets with demand for luxury vehicles and the most expensive homes starting to slip. CommSec chief economist Craig James said both high-priced purchases are a gauge of broader spending.

“Over time, spending at the ‘top end’ of markets has led broader trends across the economy,” he said. “A shift from car and home purchase to overseas travel may be one of the trends starting to emerge.”