Home » Lifestyle » ‘You should have been there!’ Calls for Sarah Ferguson to join Royal Family on balcony

‘You should have been there!’ Calls for Sarah Ferguson to join Royal Family on balcony

Sarah Ferguson is the Duchess of York as the former-wife of the Queen second-eldest son Prince Andrew.

The couple had a high profile marriage and divorce, but now get on famously well.

In fact, the divorced pair still share a residence, the Royal Lodge in Windsor.

Fans are now calling for Sarah, often fondly called Fergie, to be able to rejoin the royals for events such as the Trooping the Colour.

She posted a snap of Andrew standing next to the Queen.

Also included was an image of Andrew riding a horse and her two daughters, which she shares with the Prince, Beatrice, 30, an Eugenie, 29.

She captioned the image: “Happy Birthday Your Majesty and very proud of Andrew, Beatrice and Eugenie at Trooping the Colour today @hrhthedukeofyork.”

Fans were quick to comment on the Duchess’s image. One wrote: “Watched it from Italy, such an amazing parade and the Duke of York proved himself a great leader!” 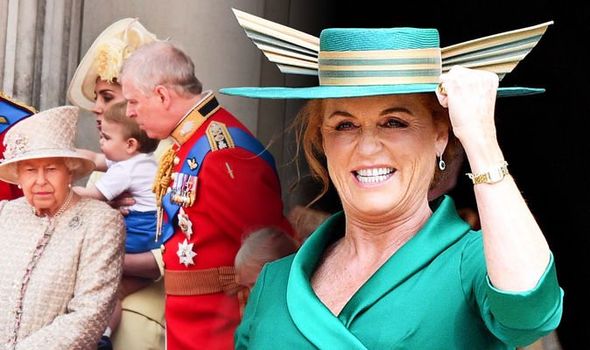 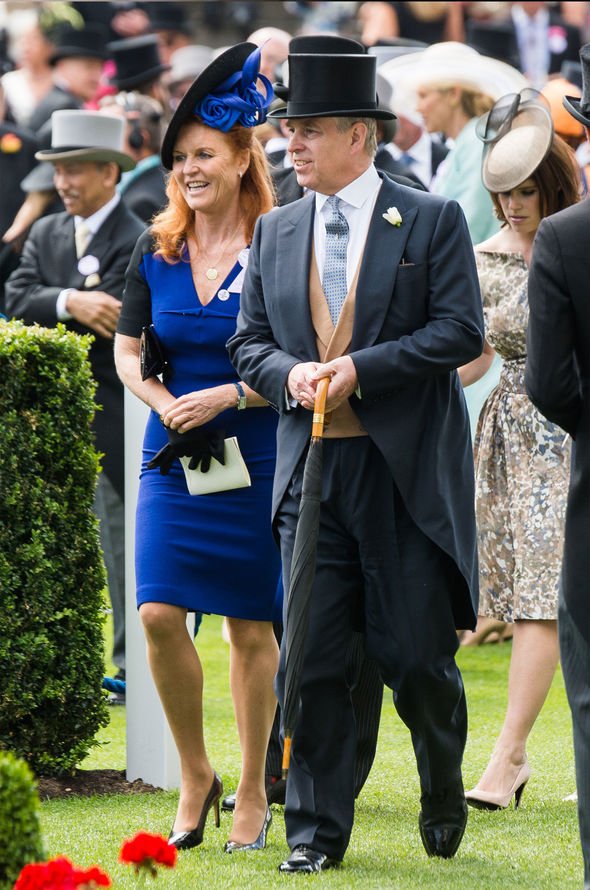 They added: “Just one regret: what a shame that we couldn’t see you out on the balcony together with your lovely family.

“I must confess that deep down I still hope one day we’ll be able to see you there again, where you really belong and always have.”

Another said: “Sarah, We would all like to see you there. You and Andrew are a love match – you always were.”

“You should have been there,” another said.

Sarah was not at the Trooping the Colour, but she did attend Lady Gabriella Windsor’s wedding with Prince Andrew. 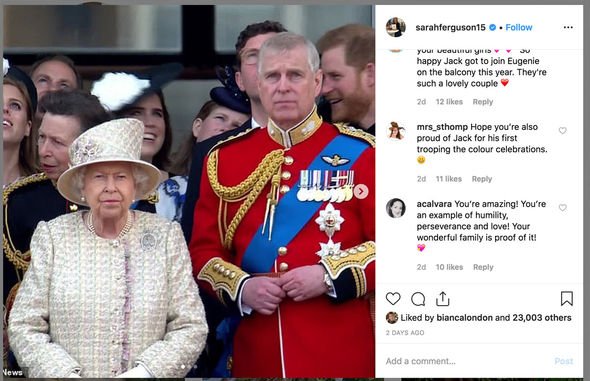 Many fans were surprised to see her there with her ex husband, and it did little to stem any rumours of a romantic union between the pair.

Calls for Fergie and Andrew to remarry are often on the lips of fans of the Duchess, some of whom believe the pair are secretly an item.

People have revealed they are ‘waiting’ for the announcement that Fergie and Prince Andrew will remarry.

A number are convinced that a remarriage will happen, with one writing: “I have be waiting for that announcement for years.”

“Just re-marry and make us all happy,” another wrote.