PARIS — In sharp contrast to a women’s singles draw filled with breakthroughs and breakdowns, the final four men in contention at the French Open are a perfectly predictable quartet.

In quarterfinal matches that were postponed from Wednesday because of rain, top-ranked Novak Djokovic and fourth-ranked Dominic Thiem won in straight sets on Thursday and joined No. 2 Rafael Nadal and No. 3 Roger Federer in the semifinals.

In his on-court interview, Djokovic said he was able to keep his focus on the task at hand, rather than look ahead. 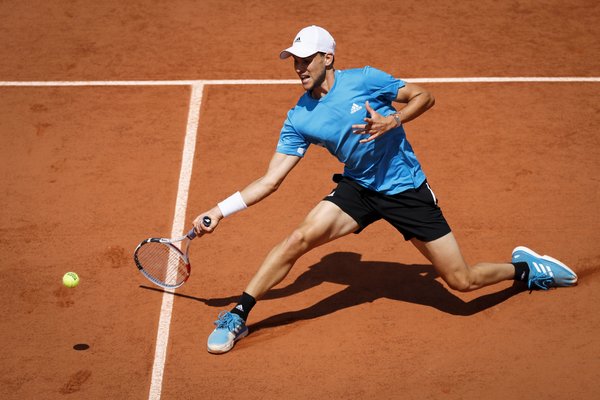 “It’s important to have concentration in the present moment, rather than the next day, or the next opponent,” he said.

Djokovic and Thiem will play at Roland Garros for the third time in four years. Thiem won in the 2017 quarterfinals, and Djokovic prevailed in the 2016 semifinals on his way to winning all four Grand Slam titles in a row — a feat he seeks to repeat this weekend.

It will be their ninth meeting over all, an impressive number considering Thiem is 25. But that is still 30 matches short of the Federer-Nadal rivalry, which will resume in the preceding semifinal.

For a short time on Thursday, it seemed as if Zverev might crash the top four’s party.

The world junior No. 1 when he was 16, Zverev made a breakout run to the semifinals in his hometown tournament in Hamburg, Germany, at 17. After that, headlines in Germany declared him “the next Boris Becker.”

But while Becker won his first Wimbledon title at that age, Zverev has been unable to unwrap his gifts on the sport’s biggest occasions, often retreating into a defensive shell of counterpunching tennis, which does not maximize his rangy 6-foot-6 frame and percussive power.

Zverev served for the first set at 5-4, but was broken, losing two 20-shot rallies during the game. Djokovic won the next five games, too, took a 3-0 in the second set and was rarely threatened the rest of the way.