Here’s what you need to know right now:

How to watch: Today’s game between Australia and Italy kicks off at 1 p.m. Fox Sports 1 and Telemundo will broadcast the game in the United States. To find out which broadcaster holds the TV rights where you are, click here. 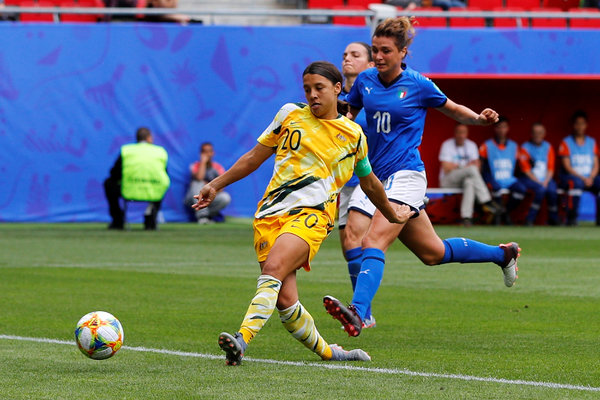 Real problems in the center for both teams

Seconds after Australia’s Chloe Logarzo had an open header at the penalty spot saved by Giuliani, it’s worth noting that both teams are having some issues in the center. Italy keeps trying to play direct balls up the middle for Girelli and Bonansea, and it has worked a few times. Italy, meanwhile, keeps losing marks in the area. Not a good thing to do when Sam Kerr is lurking in there.

Superb chance for Italy’s Girelli, who latches on to a cross from the left. But Williams charges her and punches it away at the last moment. She took a shot making the save, though, and is down getting treatment.

Australia leads, 1-0, as Kerr steps to the stop, fires left — sees her shot SAVED by Giuliani! — and then pounces on the rebound to finish.

That, believe it or not, is Kerr’s first goal in three trips to the World Cup. But she has a fan in the former Australia star Tim Cahill. Game recognize game.

They were wrestling in the area and Kerr goes down. Clear penalty.

A frantic start has slowed down a bit.

Or maybe it hasn’t. The first five minutes of this game played as if the game was on fast forward. Kerr had two chances, Italy punched back. But Bonansea’s goal and the delay seemed to have cooled things a little. But only a little.

But no — Barbara Bonansea, who made a stumbling and bumbling breakaway run from midfield, beats Williams but is ruled offside (correctly). She was a step behind the defense at midfield at the start of her run.

The first chances are Australia’s, and one is nearly an accidental goal.

A cross comes in from the left is punched by the Italian keeper — directly into Kerr, and the ricochet nearly caroms into the net.

Australia is back a minute later, again feeding Kerr in the center. This time, she heads close, but over the crossbar. Not really a secret what they plan to do today, but Italy better keep closer track of her.

The starting lineups for Australia and Italy are out.

Sam Kerr might be the best pure goal-scorer in women’s soccer at the moment, but there still is one place she has never scored: the World Cup.

This summer’s trip to France will be Kerr’s third World Cup, but almost astonishingly for a player of her skills and scoring record — 31 goals in 77 games since making her national team debut as a 15-year-old in 2009 — she has yet to find the net in one.

“Look, if I don’t score and we win the World Cup I’m going to be happy. It’s not about me, this World Cup, it’s about the team.”

For more on Kerr’s remarkable scoring abilities, make sure you see this interactive our graphics team put together.

Australia, Italy and the “fear” factor that isn’t there.

Italy is in the World Cup for the third time, but for the first since 1999. It the longest gap between appearances of any team in the tournament’s history.

The team’s rise may have taken a while, but there was no denying it: the Italians allowed only four goals in European qualifying, and a spine built around Sara Gama, the captain of Italy and Juventus, and several of her club teammates offers both grit and continuity.

Australia Coach Ante Milicic heaped praise on the Italians this week in what appeared to be less gamesmanship and false flattery than a genuine respect for the team Italy has become.

“They are one of the most improved teams in women’s football,” he said. “Individually they’re very strong, tactically very flexible, very strong on set pieces.”

That praise was news to Gama on Saturday when she was informed — incorrectly — by Italian journalists that Milicic had said Australia “feared” the Azzurre.

“Really? Wow,” Gama said. “It means that we have worked long and hard. It’s good to hear that the other national teams start to fear us; that’s significant to us. We were already well aware of how we were growing and getting stronger, and now we have been able to show it.”

“Australia should fear us,” she joked. “And that’s good.”

Australia arrived at the World Cup trailed by innuendo.

Alen Stajcic was the coach who led Australia through qualifying and into the World Cup, but he won’t be in the team’s dugout on Sunday. The reasons continue to perplex those who follow the team.

The Australian Football Federation fired Stajcic in January after it said two confidential team surveys found what was described as “a culture of fear” in the team. The decision disrupted World Cup preparations, and even shocked a few of Australia’s best players.

Ante Milicic, a former assistant with the country’s men’s national team, stepped into the head job after Stajcic’s departure, but there has been continued criticism in Australia of the coaching change, and the lack of clarity for what was behind it.

In that void, and amid a climate of allegations that men in soccer had abused their power over women, speculation and innuendo grew to such a point that, on May 31, Australia’s soccer federation and one of its directors issued separate apologies to Stajcic confirming he had not been fired for misconduct.

“F.F.A. by this statement wishes to make clear that Alen Stajcic’s contract was not terminated on the basis that he had breached his contract or had engaged in any misconduct,” the F.F.A. said. “Any inference that has been drawn about these being reasons for Alen’s contract termination is wrong.”

It added: “F.F.A. acknowledges that some of the speculation about the termination of Alen’s contract was caused by statements made by one of its directors, Heather Reid.”

Reid, who had said at the time of the coaching change that if the truth were to come out, Stajcic would “never work again in women’s football,” said she apologized “unreservedly” to the coach and his family.

“I understand that my conduct in making public and private statements may have caused serious damage to Mr. Stajcic’s reputation, both in Australia and internationally,” Reid said.

About half of the questions in Australia’s prematch news conference on Saturday in Valenciennes raised the topic in one way or another. One referred to a long newspaper article published last week that detailed infighting and sexual politics inside the F.F.A. that it said led to Stajcic’s ouster.

Kerr and Milicic, though, declined to engage on the topic.

“It’s all outside noise for us to be honest,” Kerr said. 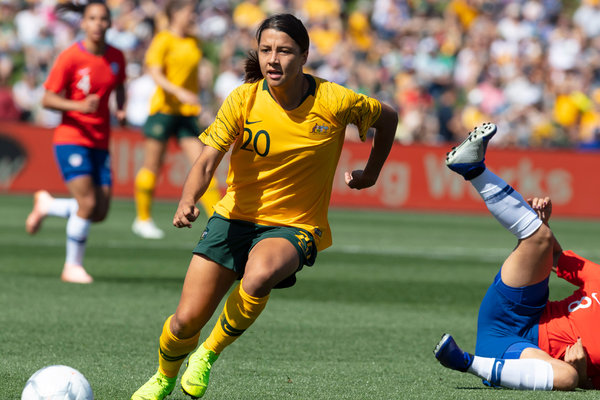 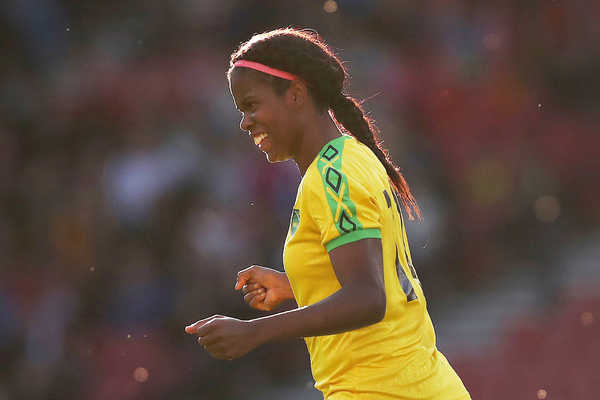 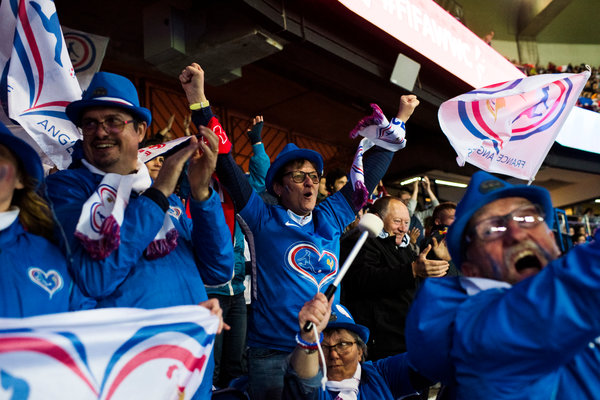