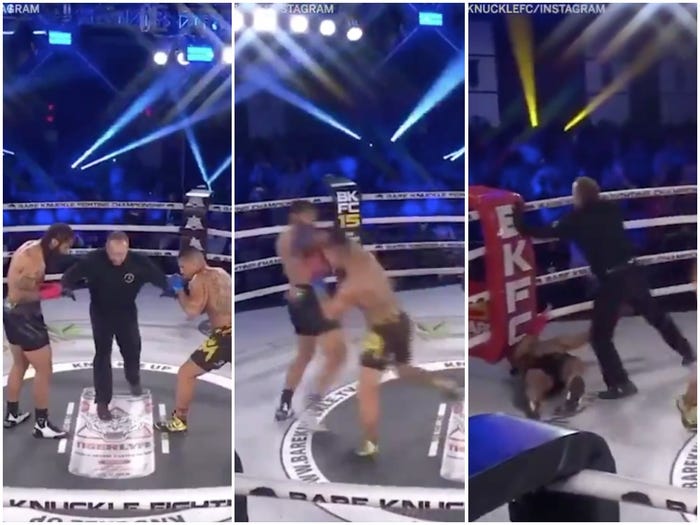 A Cuban fighter scored a three-second knockout Friday and set a new record for the fastest KO in the history of Bare Knuckle Fighting Championship.

It all took place at the BK FC 14 event inside the InterContinental Miami, Florida, with Ulysses Diaz and Donelei Bonedetto competing in a main card match midway through the show.

But their fight was over literally seconds after it started. The finish was so fast, the broadcaster didn't even have time to display the round clock.

Hunched like he was about to sprint forward, Diaz throw an instant jab from the off and followed that up with a powerful right hand over the top which connected flush, sending Bonedetto to the ground.

The slow-motion replay of the sequence seemingly shows Bonedetto's eyes roll backward, as if he was knocked out before he had even fallen down.

A former pro boxer with a record of 12 wins (11 knockouts) against one loss, Diaz advanced his bare-knuckle record to two wins (two knockouts) undefeated.

END_OF_DOCUMENT_TOKEN_TO_BE_REPLACED

END_OF_DOCUMENT_TOKEN_TO_BE_REPLACED
Recent Posts
We and our partners use cookies on this site to improve our service, perform analytics, personalize advertising, measure advertising performance, and remember website preferences.Ok