ALAN MINTER was honoured with a magnificent middleweight war-draw between Denzel Bentley and Mark Heffron on Saturday night.

The Olympic bronze winner and unified 11st 6lbs king died aged 69 last week, after a long battle with cancer, and his old division celebrated his life and career with a ten-round slugfest that the judges could not split. 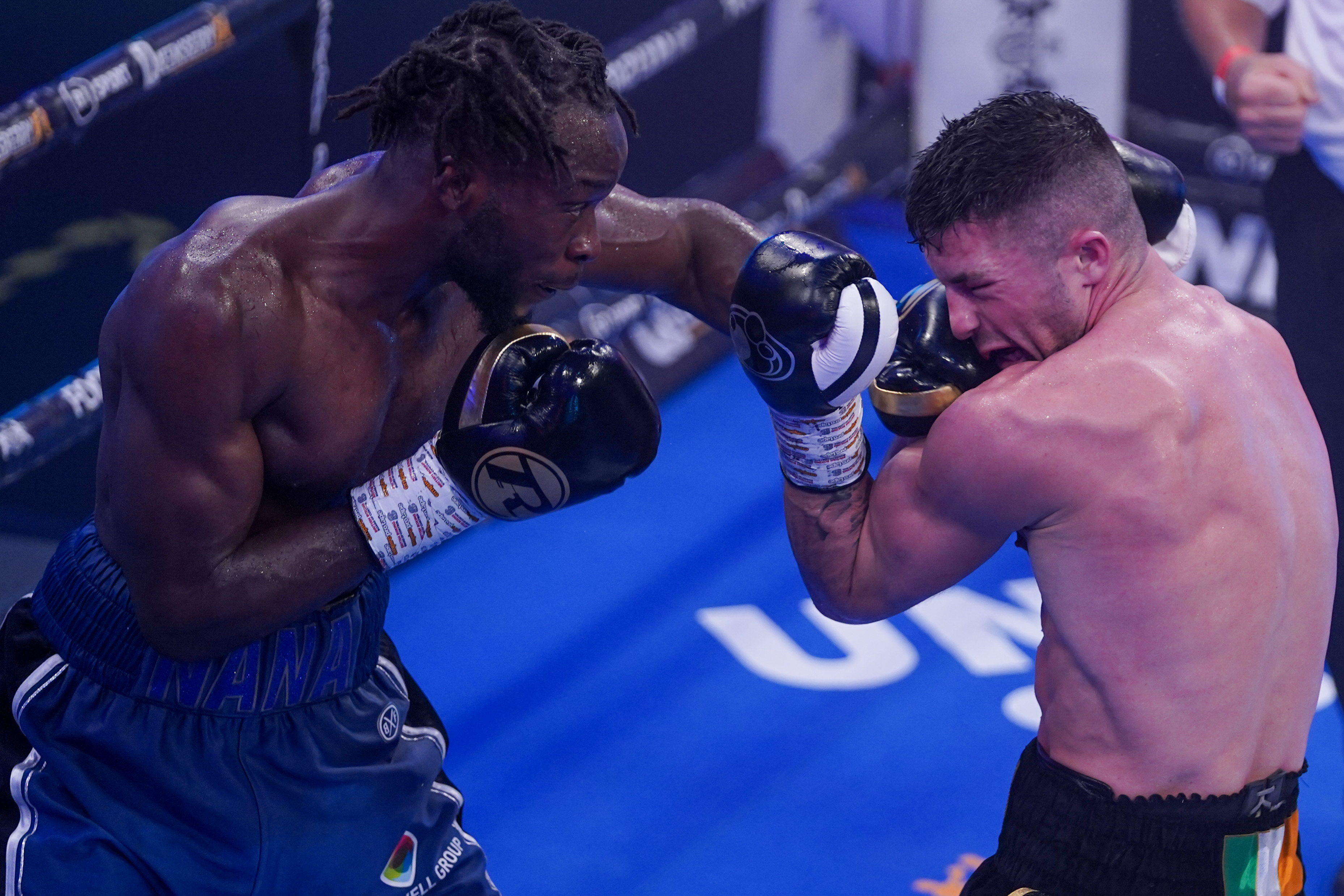 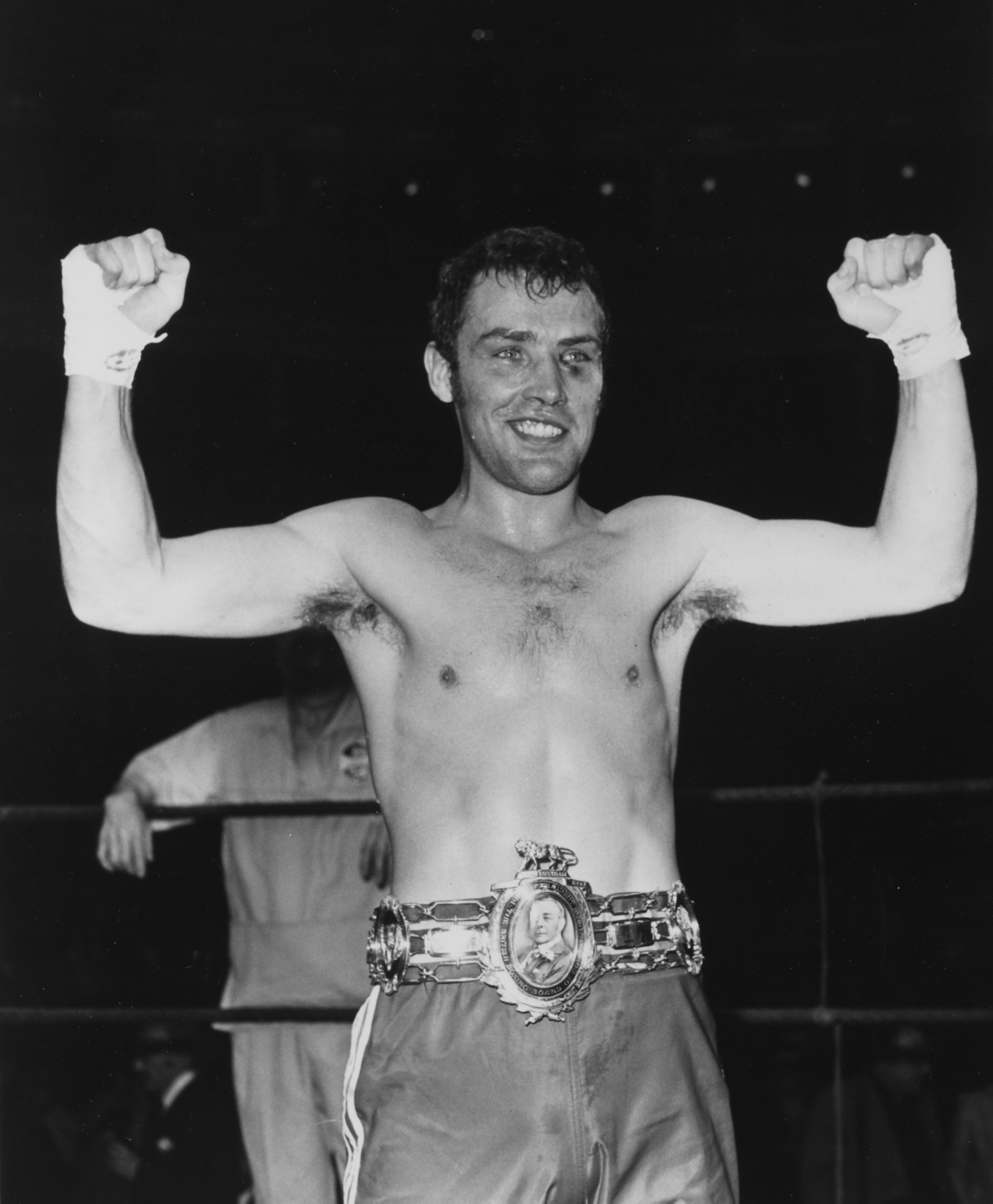 Minter only fought once at the iconic York Hall venue before going on to rule the world, but this showing – after a ten-bell salute in his memory – was a wonderful way to remember his achievements across the country.

SunSport was ringside again at the behind-closed doors show to see Heffron spear out his long and powerful jab first, to get Bentley thinking but the Battersea banger was sharp from the off.

When another jab was aimed at his head he caught it and fired back a sweet left hook that was the first serious blow of the bout.

Bentley had trainer Martin Bowers bellowing praise with his movement and a crisp one-two that rattled into Heffron’s skull.

In the second Bentley switched to southpaw and enjoyed instant success.

The 25-year-old pulled back out of range from a Heffron jab and pinged out a left hand that didn’t seem powerful but dropped the Oldham man to the floor. 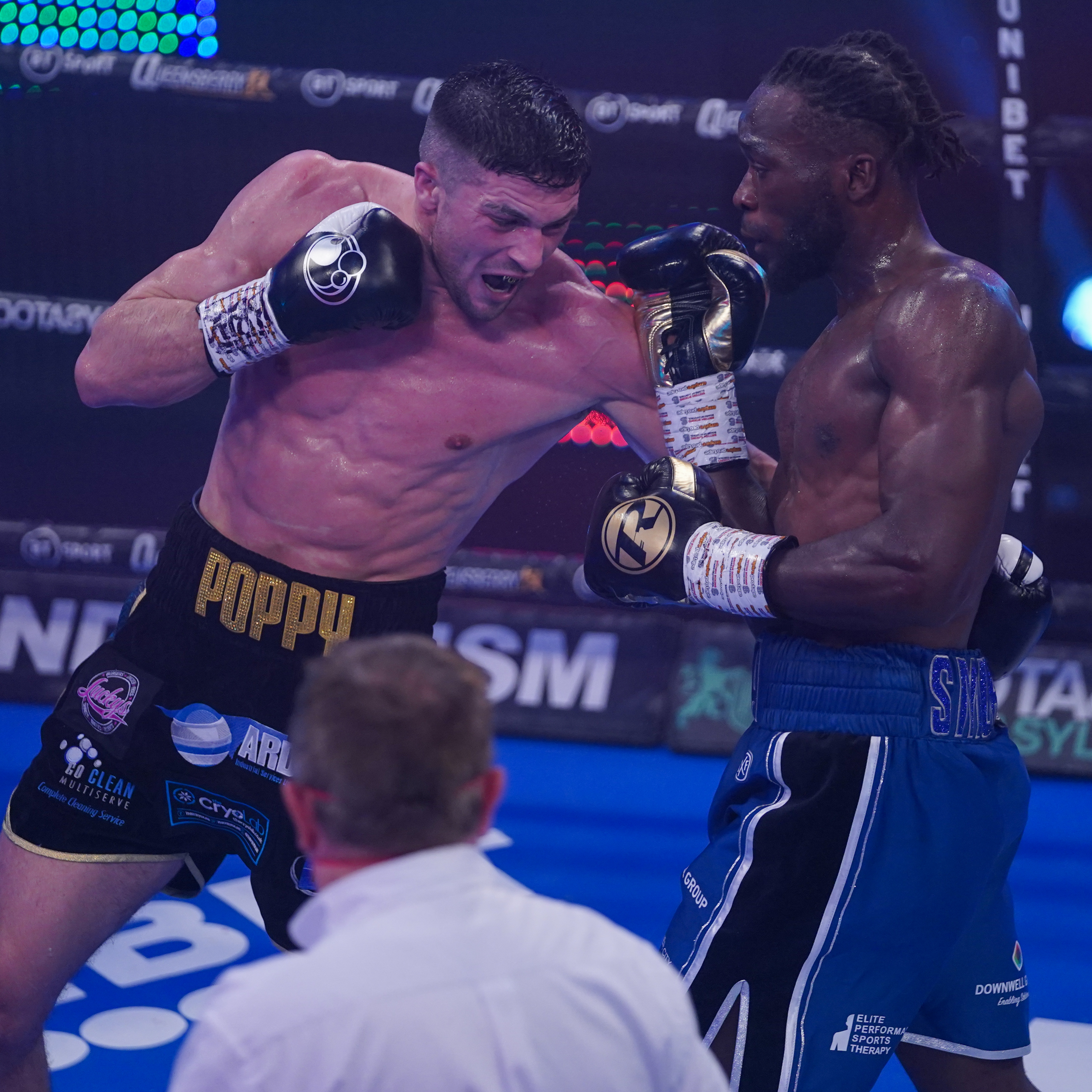 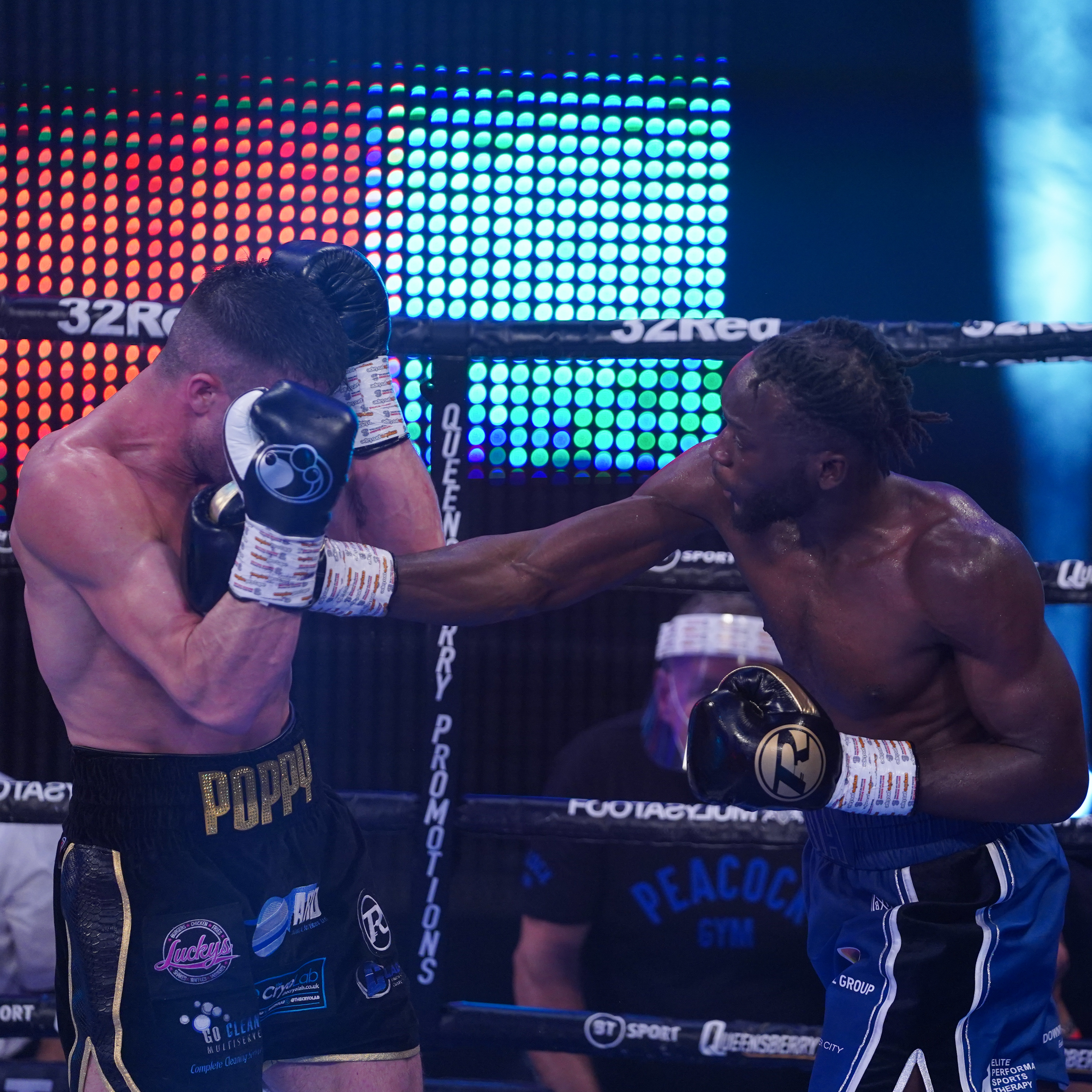 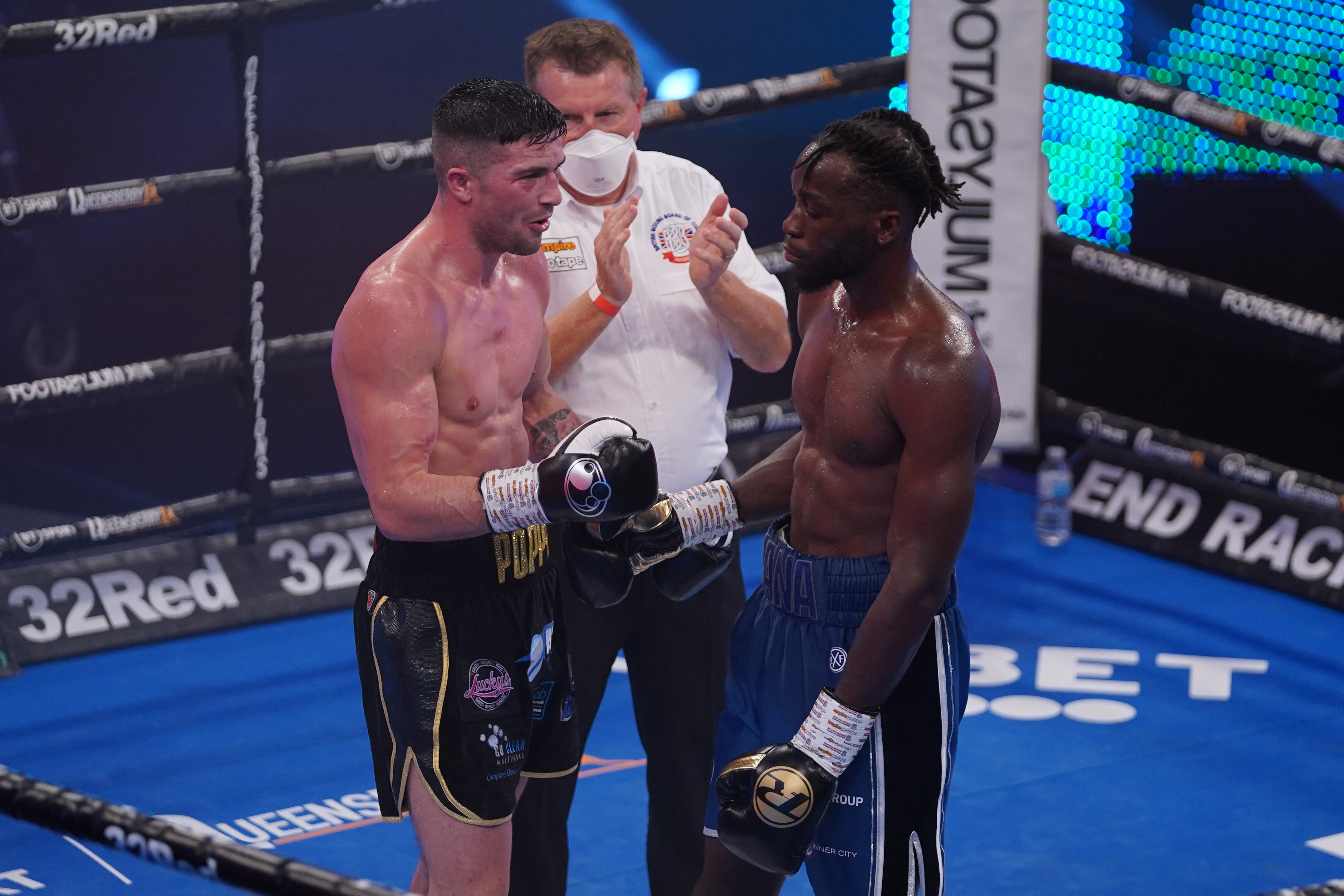 Heffron was hurt by the 10-8 round and raced into the third as the aggressor again but Bentley used it to his advantage.

Pinned in his own red corner, Bentley weathered an assault before landing a sweet counter right hook and an arrow-like left hand.

Heffron, 28, was relentless again in the fourth but Peacock gym ace Denzel caught him with a beautiful uppercut that stiffened his legs briefly.

The fifth was one Heffron got to enjoy, bullying Bentley from corner to corner with booming right hands but never quite landing a concussive blow.

Heffron did land cleanly and heavily a couple of times in the sixth but Bentley proved his chin as his 13th pro fight entered the trenches.

Heffron’s perseverance beat Bentley’s precision in the seventh when too few of the South Londoner’s clever counters connected and the 25-1 powerhouse was allowed to dictate the pace again.

Heffron was a terrifying 21-0 middleweight wrecking ball before he met Liam Williams for the British title in 2018 and was stopped but he was showing signs of his old form with this bullish performance.

And Bentley was almost knocked clean out in the ninth when a right hand in the corner robbed him of his senses.

The shot was so powerful his whole body seemed to go into shock for a nano second but he snapped out of it incredibly quickly and survived.

Bentley looked uncharacteristically sluggish in his first lockdown fight at the end of July and Heffron finished the fight in trademark whirlwind fashion before Michael Alexander, Steve Gray and Bob Williams all called it 95-95.

END_OF_DOCUMENT_TOKEN_TO_BE_REPLACED

END_OF_DOCUMENT_TOKEN_TO_BE_REPLACED
Recent Posts
We and our partners use cookies on this site to improve our service, perform analytics, personalize advertising, measure advertising performance, and remember website preferences.Ok