Australian cyclist Alex Porter suffered a heavy crash in the men’s team pursuit after the handlebars fell off his bike at Tokyo 2020.

The component of the bike snapped, leading to Porter flying over the bars and hitting the deck hard.

Porter got up straight away and was able to walk back into the infield by himself, but he has suffered burn marks on his nose and chin, plus some splinters with some bleeding.

His Australian teammates Kelland O’Brien, Sam Welsford and Leigh Howard gently rolled to a stop after the accident.

Six-time Olympic gold medalist Chris Hoy said: “It will be a catastrophic failure, carbon fibre is so strong, but when it goes, it goes.

“Hopefully it’s a freak occurrence. That would have given him a real shake.

“If he can get back up and ride, that’s a real achievement. It’s the worst place to happen at the Olympic Games.” 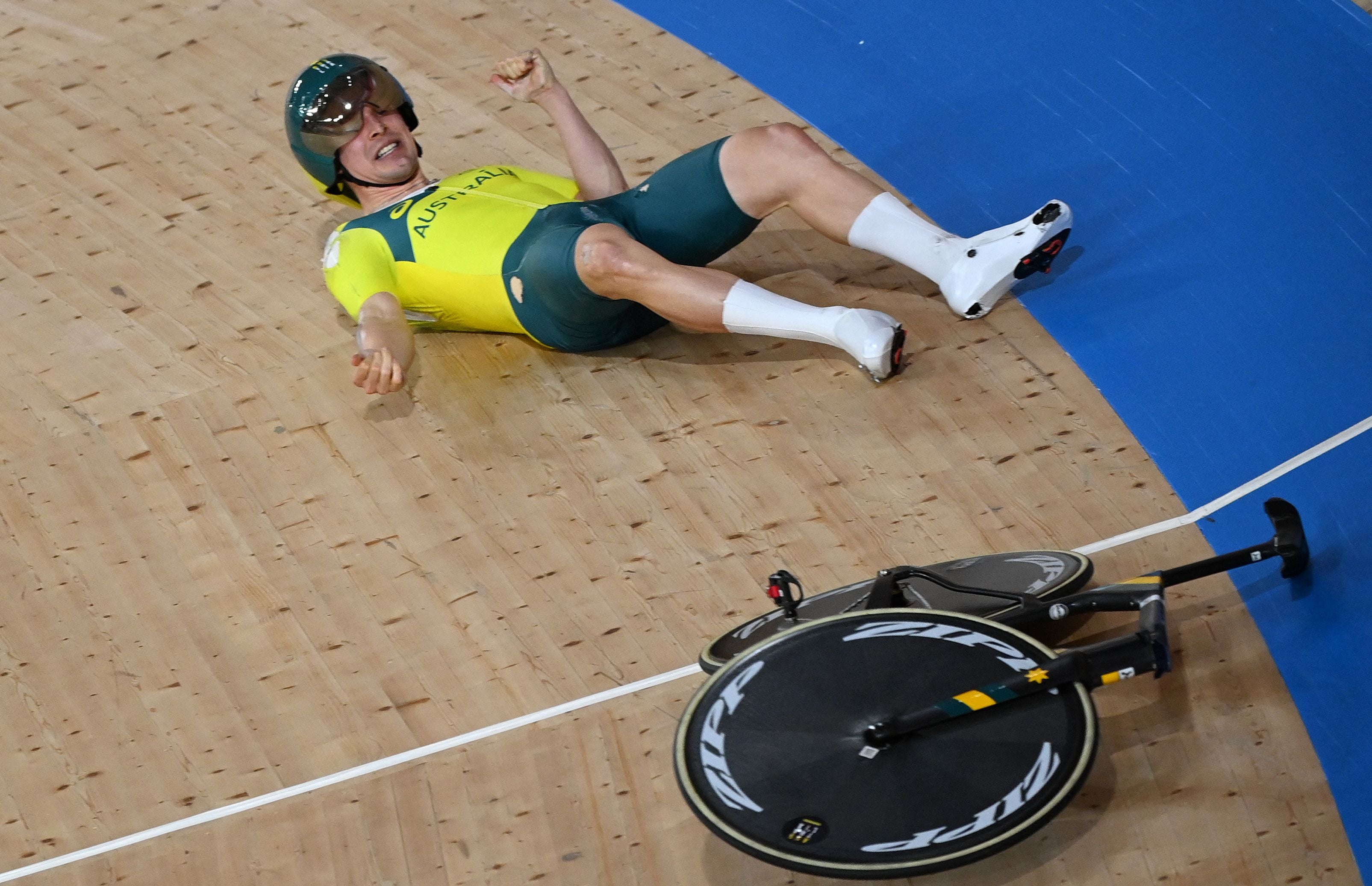 While former Olympic champion Chris Boardman said it was a “real surprise” and that he had never seen such an occurrence before. 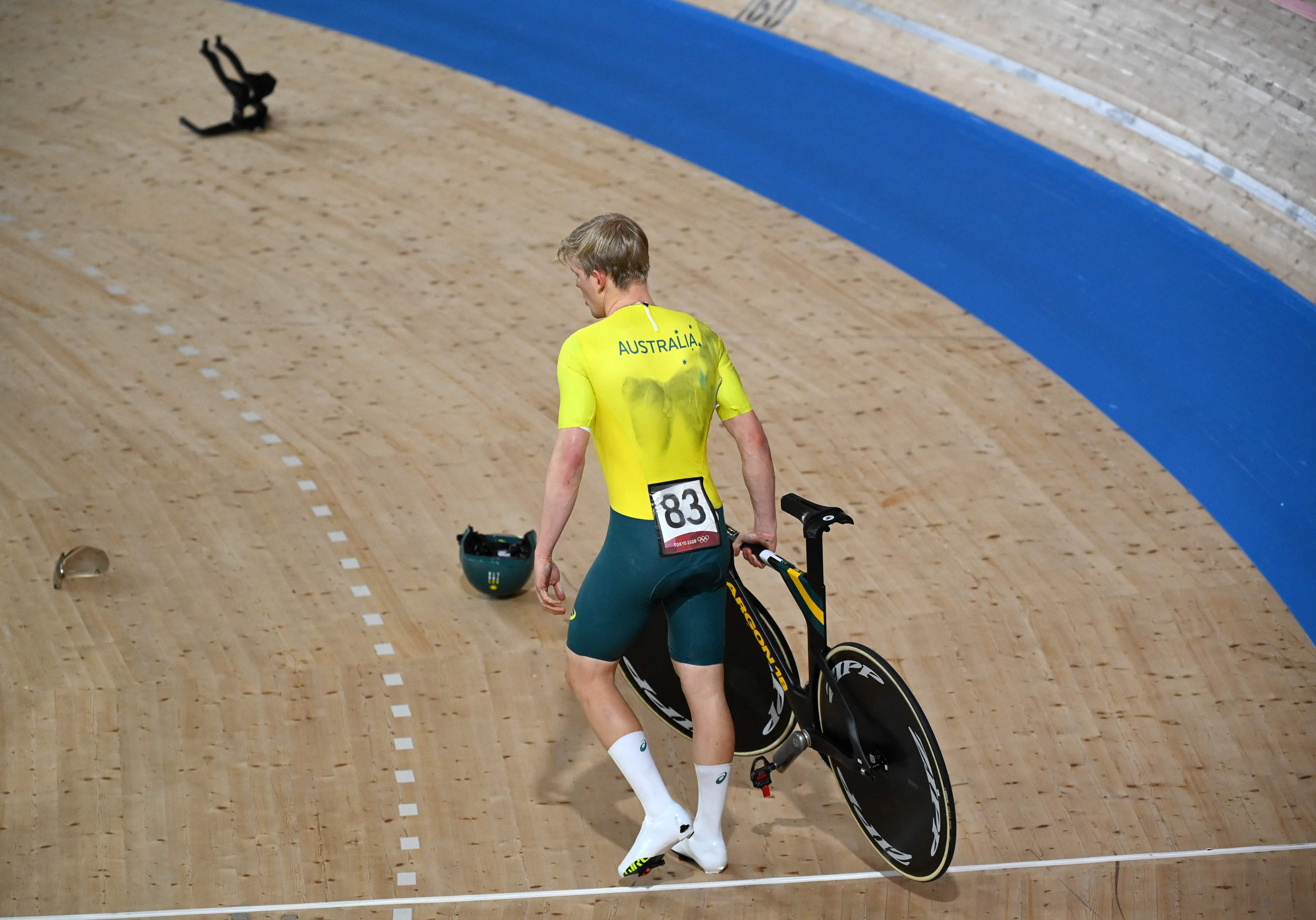 Denmark had earlier set an Olympic record to lead the men’s team pursuit with a time of 3:45.014, over eight tenths of a second faster than the Italians and just a fraction under their own world record of 3:44.672. 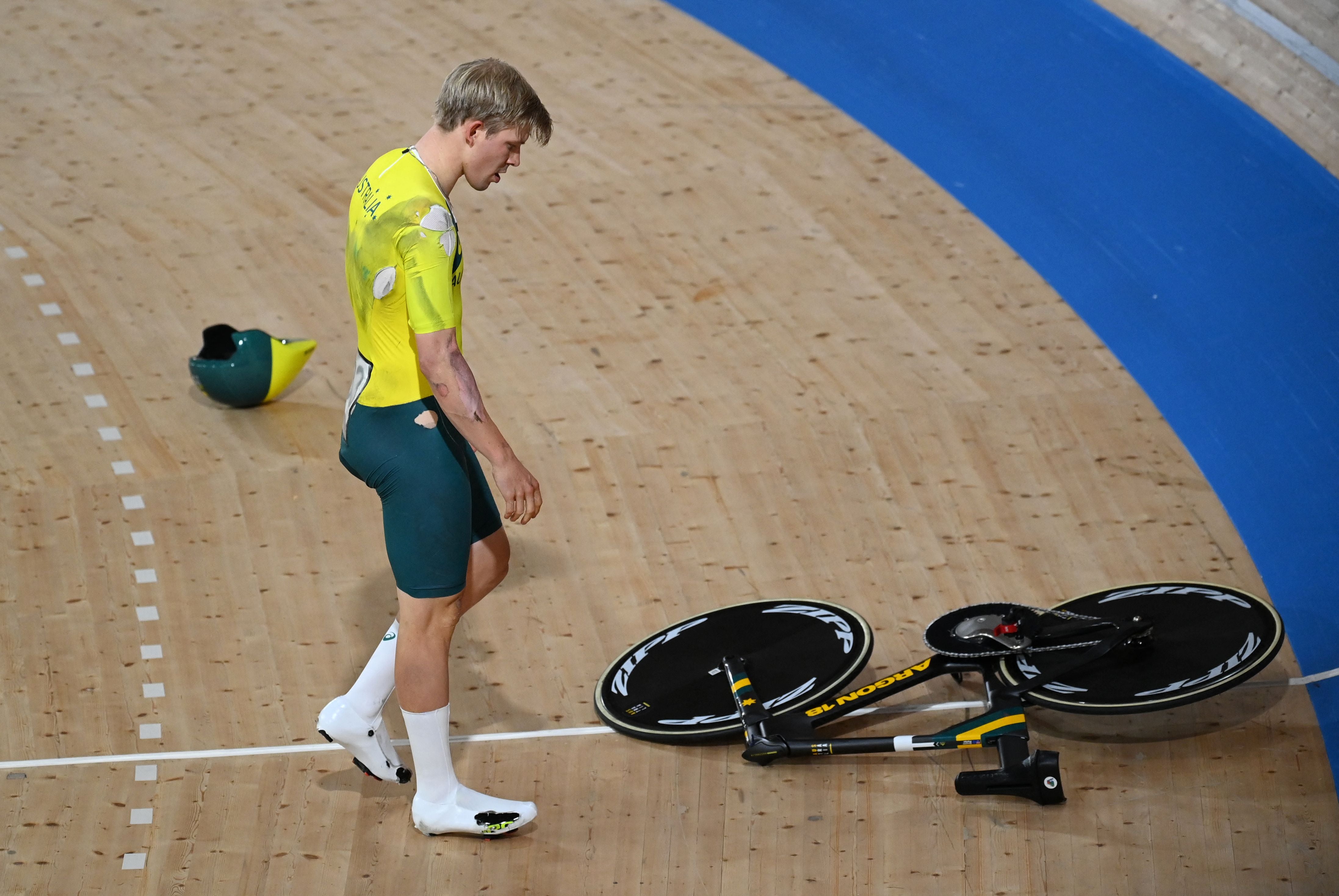 Alex Porter looks at his bicycle after crashing

Great Britain finished just under two-and-a-half seconds slower than the Danes, but they must be happy with 3:47.507, a faster time than they have ever managed before. 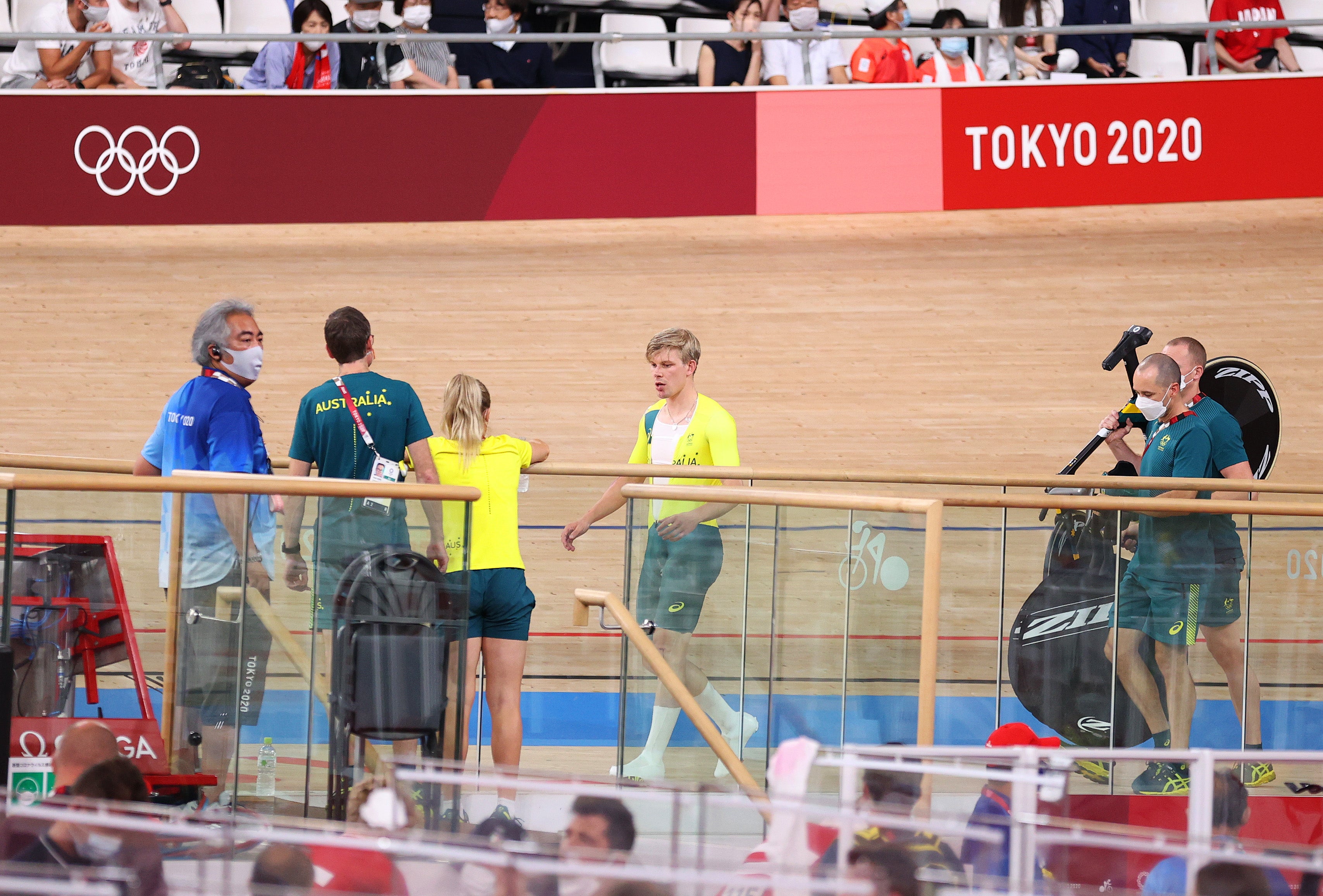 That said, it will mean they are set for a tough task next against Denmark in the first round as the fourth-placed team, with the winners progressing to the final.