Alexandre Lacazette next club odds – West Ham in contention to sign Arsenal star, according to bookies

ARSENAL are ready to part ways with striker Alexandre Lacazette.

And Premier League rivals West Ham are in contention for his signature, according to bookmakers Betfair. 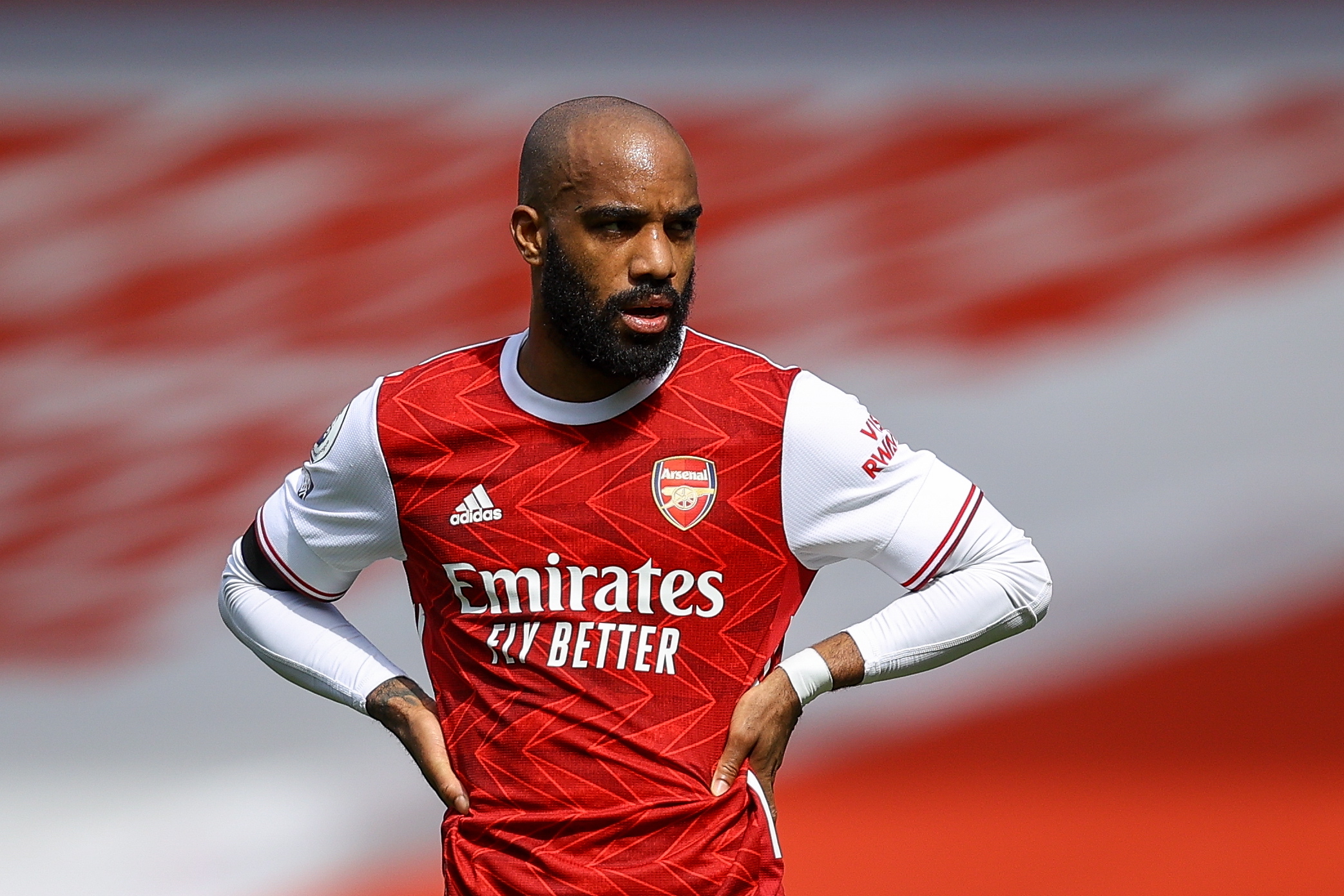 Lacazette arrived at Arsenal from Lyon for £47million in July 2017.

He's since managed 65 goals and provided 28 assists in 170 appearances for the Gunners.

However, the 30-year-old has never scored more than 14 Premier League goals in any of his four seasons in North London.

And with his contract set to expire in June 2022 – Arsenal are looking to cash in.

Reports claim Mikel Arteta and CO. want to rid themselves of the Frenchman's £180,000-a-week wages and use his transfer fee to finance other deals.

Transfer guru Duncan Castles recently told the Transfer Window podcast: "Another player who they would like to sell and get the wages away but they're finding very difficult to sell is Alexandre Lacazette.

Castles' co-host Ian McGarry added: "I have been told that Lacazette has been marketed very aggressively around Europe.

"But without any particular interest that is strong enough to suggest that Arsenal will be able to offload Lacazette.

"Obviously his age is against him in terms of there being no resale value and also the price that Arsenal would want.

"The contract they gave him prevents him from wanting to leave, because he knows he's not going to get the same amount of money elsewhere."

Nevertheless, London rivals West Ham could offer the Frenchman a possible lifeline at the London Stadium.

David Moyes' side have only one recognised striker at the club in Michail Antonio and are in desperate need of reinforcements ahead of their Europa League involvement.

Betfair think the Hammers at a 10/1 chance – but there's plenty of other clubs ahead of them in the betting market.

Former club Lyon are favourites at 7/4, while fellow Ligue 1 heavyweights Monaco and Paris Saint-Germain are locked together at 5s.

Commercial content notice: Taking one of the bookmaker offers featured in this article may result in a payment to The Sun. 18+. T&C's apply. Begambleaware.org