ANDY CARROLL and Samir Nasri have been axed by West Ham after their contracts expired.

The Hammers have announced the pair along with goalkeeper Adrian will not have their deals renewed. 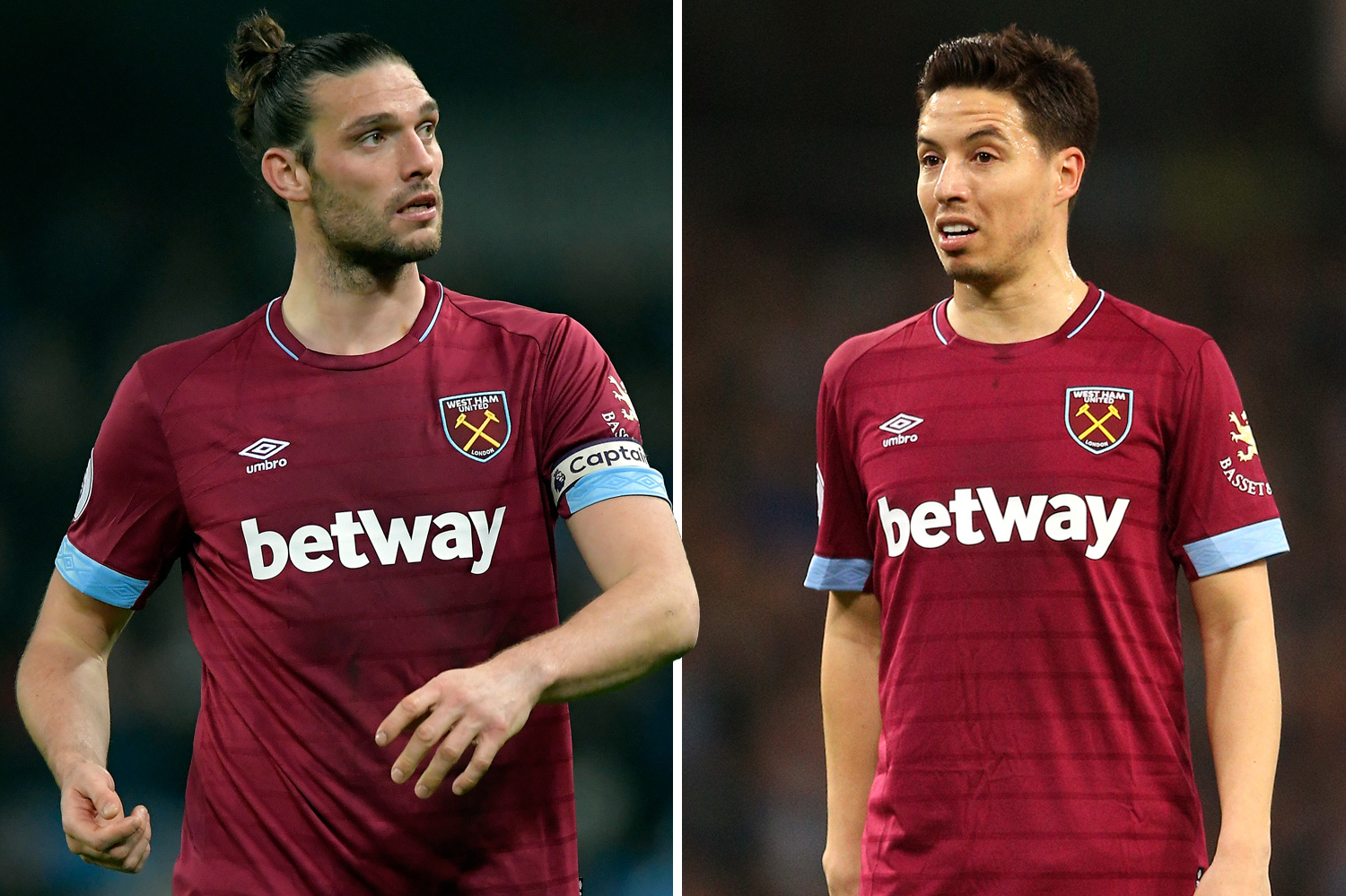 It comes as ex-Newcastle striker Carroll suffered another injury-plagued season at the London Stadium.

The England international was restricted to just 12 Premier League appearances as he failed to score a single goal in the top-flight.

While Nasri endured a difficult season at West Ham after joining the club on a free transfer in January – featuring in just six games in all competitions.

Manuel Pellegrini admitted last month that signing the ex-Arsenal and Manchester City ace was a risk.

Speaking of Carroll and Adrian, Joint-Chairmen David Sullivan and David Gold released a statement thanking them for their services, with the duo playing 292 first-team matches between them.

They said: "Andy and Adrian have both been great servants to West Ham United throughout their time at the club and we thank them for their loyalty and commitment to the Claret and Blue cause.

"Both have provided us and our fellow supporters with some unforgettable moments, whether they were sensational scissor kicks and unstoppable headers in Andy’s case, or penalty saves and goals in Adrian’s.

“They can both be assured of warm welcomes whenever they return to London Stadium and we wish them, as well as Samir Nasri and the young players whose contracts are up this summer, the very best for their future careers.”

While the Hammers are also desperate to nab Barcelona midfielder Andre Gomes, but the club have had an £18million offer knocked back by the La Liga champions.