Around 100 Toon supporters travelled to London and marched on Parliament Square, Downing Street and the Prem’s HQ. 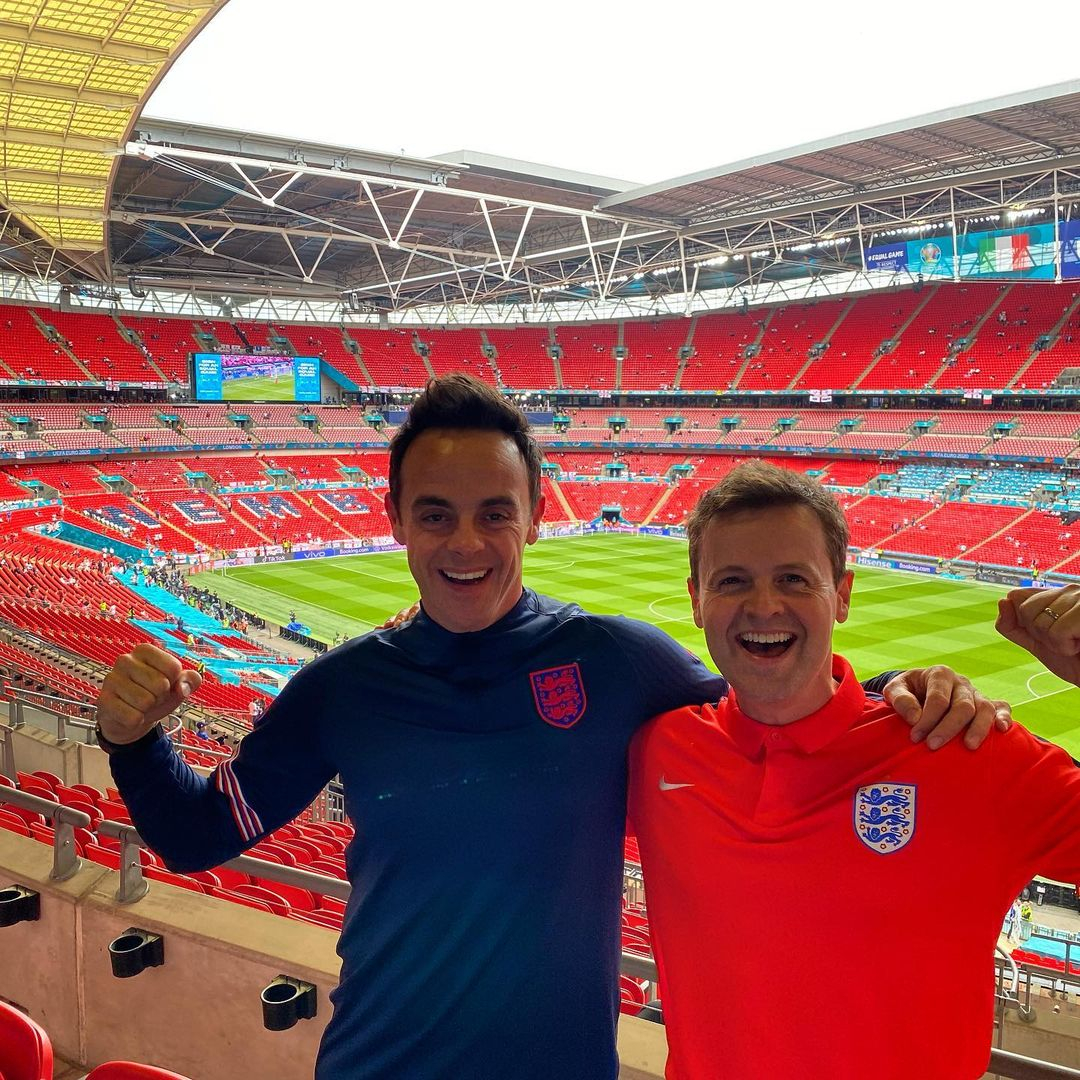 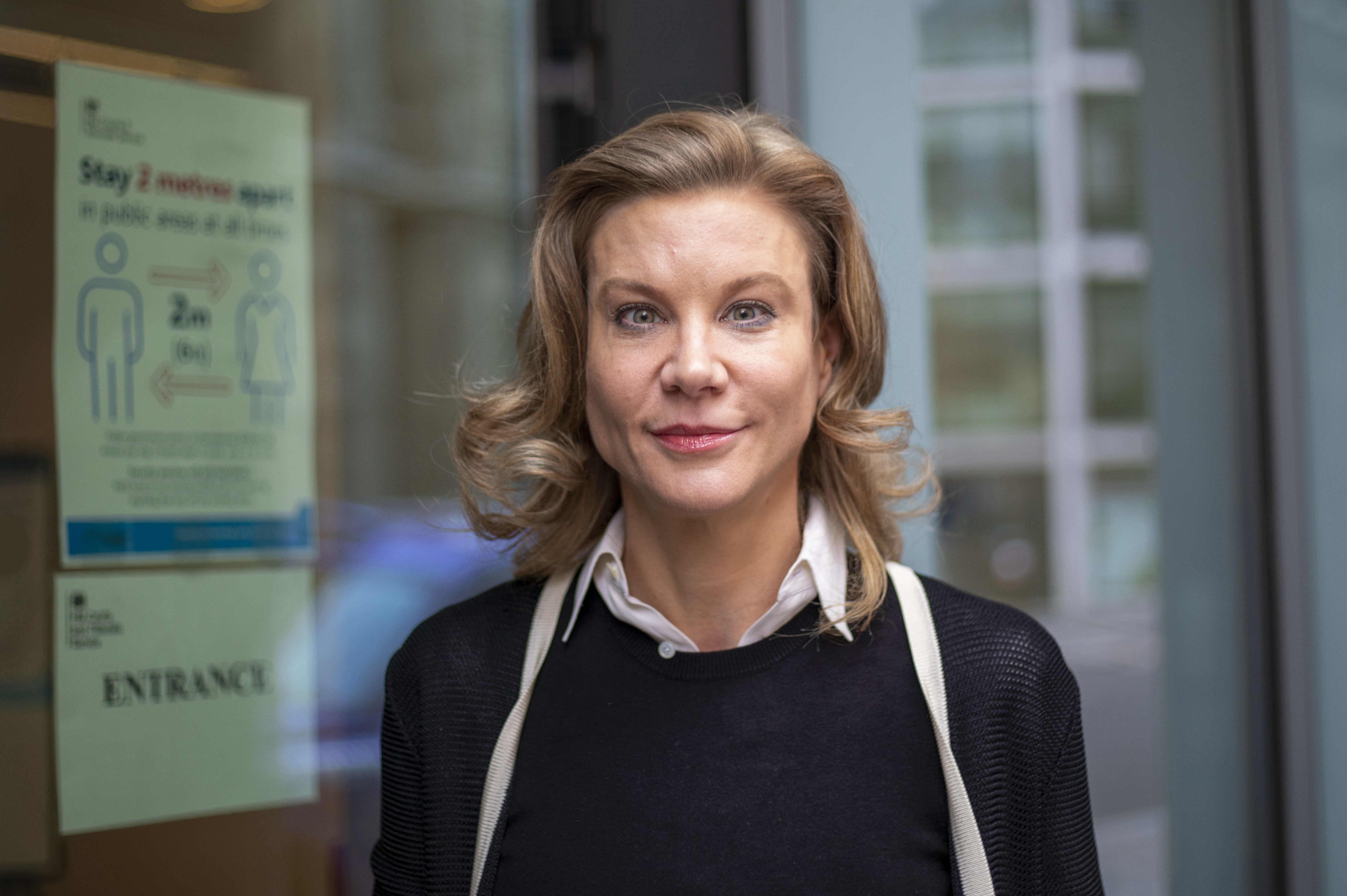 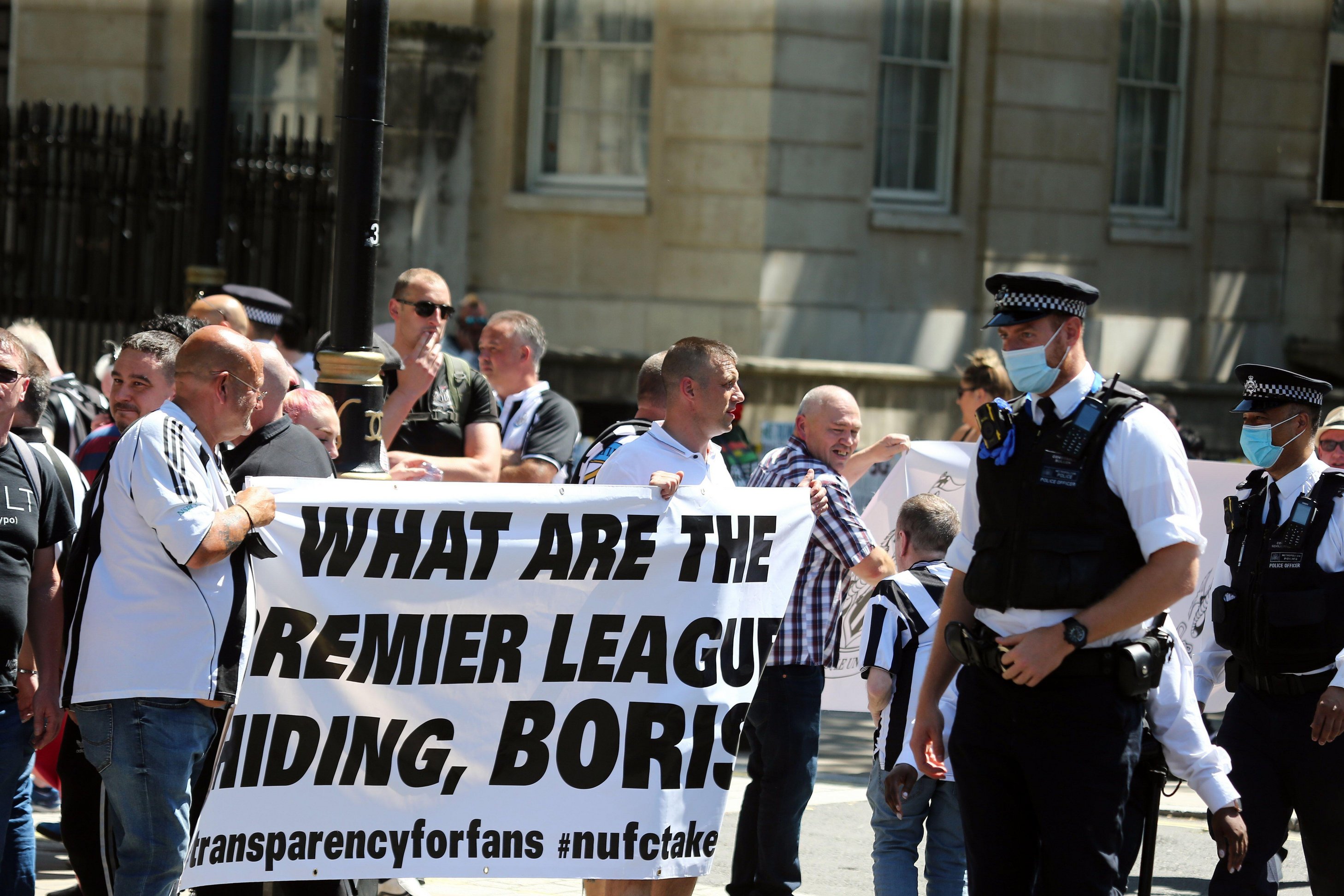 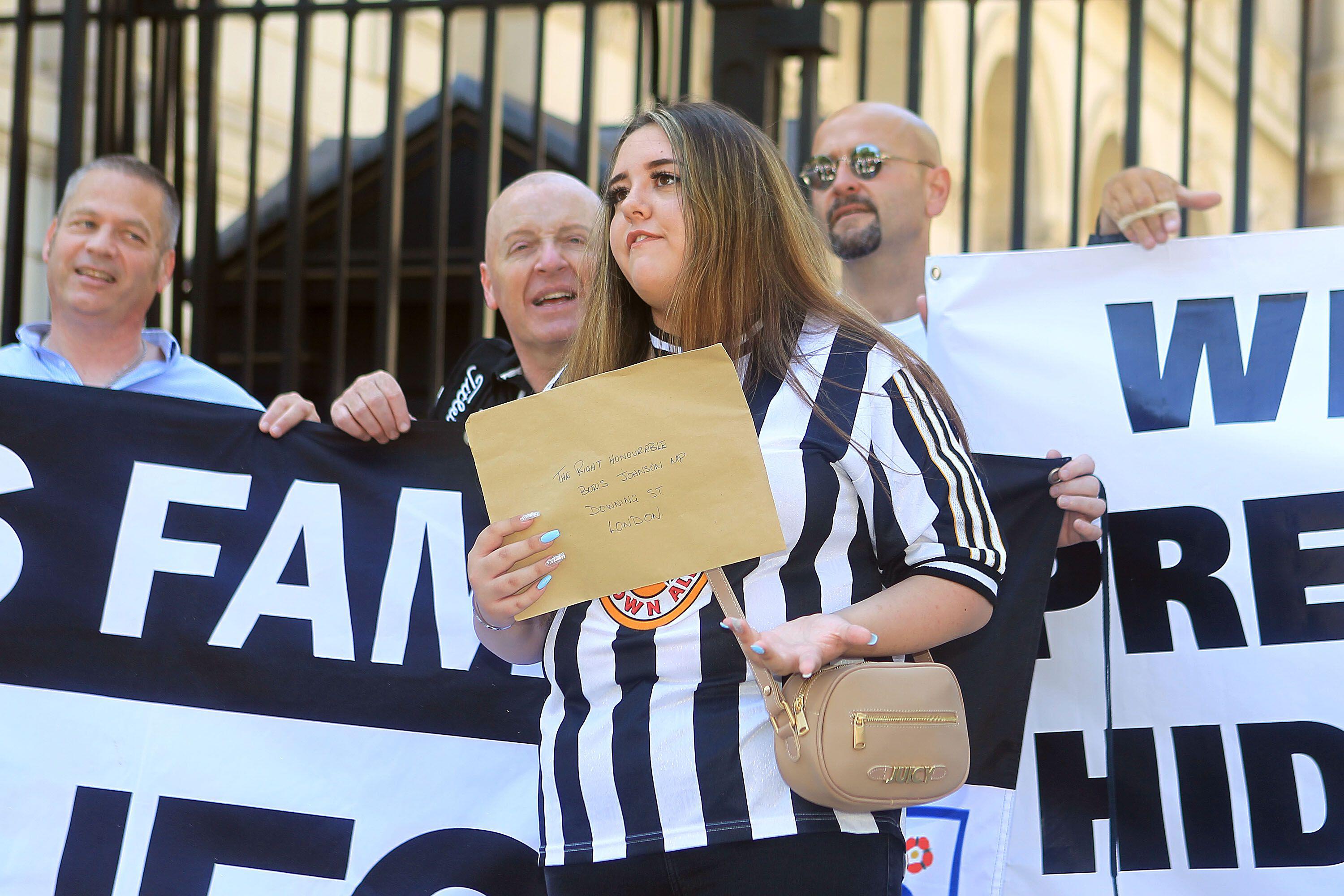 And they were backed by Geordie TV stars And and Dec, who asked what top-flight chiefs are hiding.

Ashley has blasted the Prem for holding the process – to determine whether the Saudi state and its Public Investment Fund trying to buy the Magpies are separate – in private.

But they maintain that arbitration, which is due to begin later this month, should be held behind closed doors.

Fans want government support for it to be heard in public, but they insist it is a matter for the Prem.

And Ant and Dec tweeted: “All they’re asking for is transparency around the arbitration.

“Why would the Premier League not want that too if fans are ‘the lifeblood of the game’?

“What is there to hide?”

Amanda Staveley is the public face of the bid and hopes to own a 10 per cent stake, as will the billionaire Reuben brothers.

And she told talkSPORT: “I am so staggered by all the incredible support we have had over the last year.

“We’re so grateful and think the arbitration process should be made public so the wonderful fans can see exactly what is going on.

“Mike would like the same and every question about how committed we were, what we can do, can be answered. 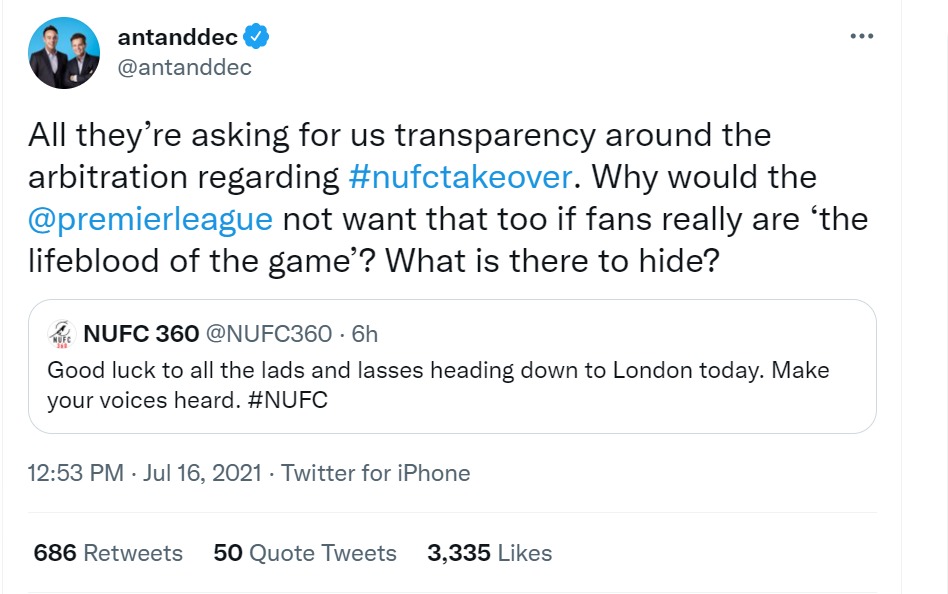 “I think it is an opportunity for the Premier League to take a view that they would welcome transparency as well. 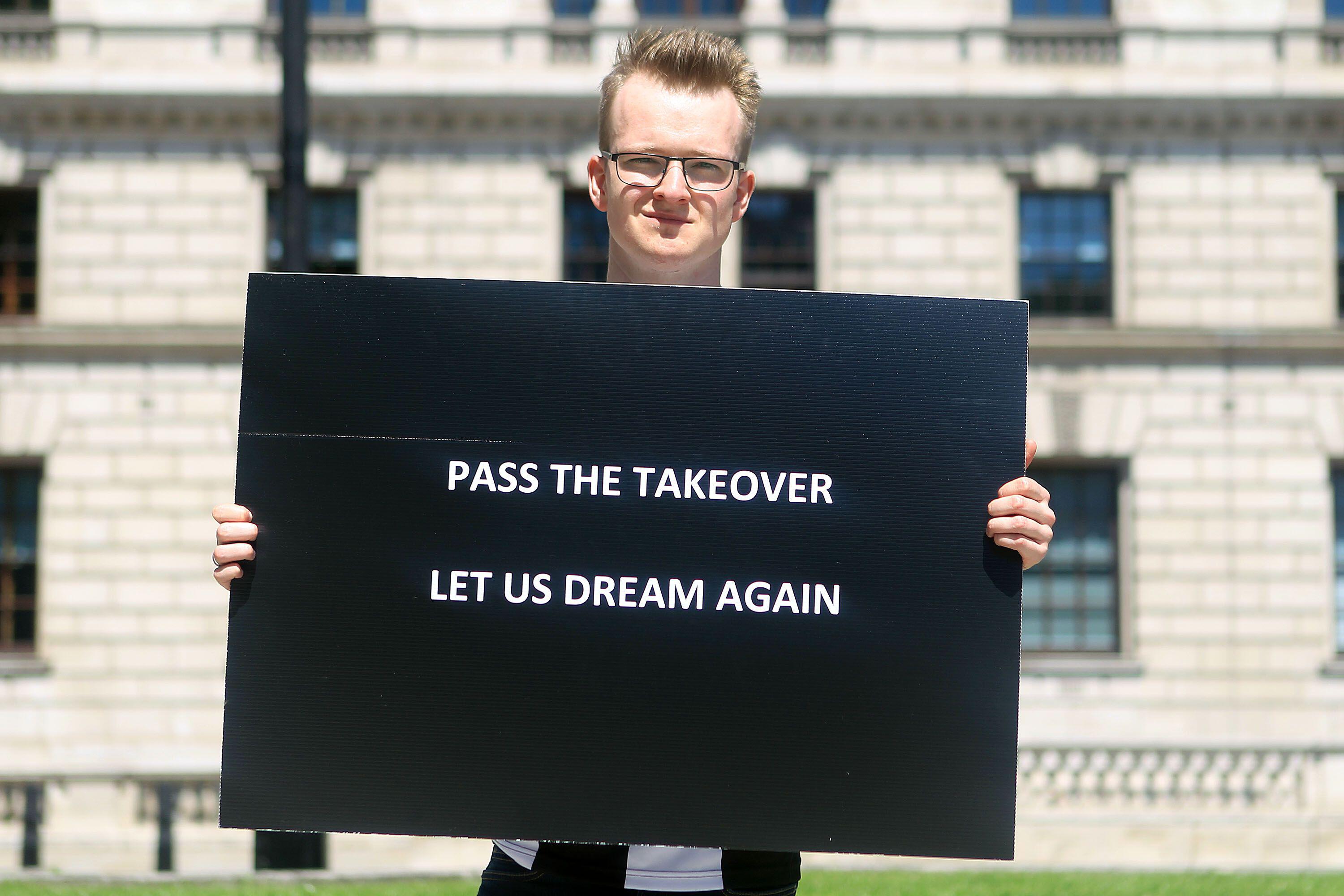 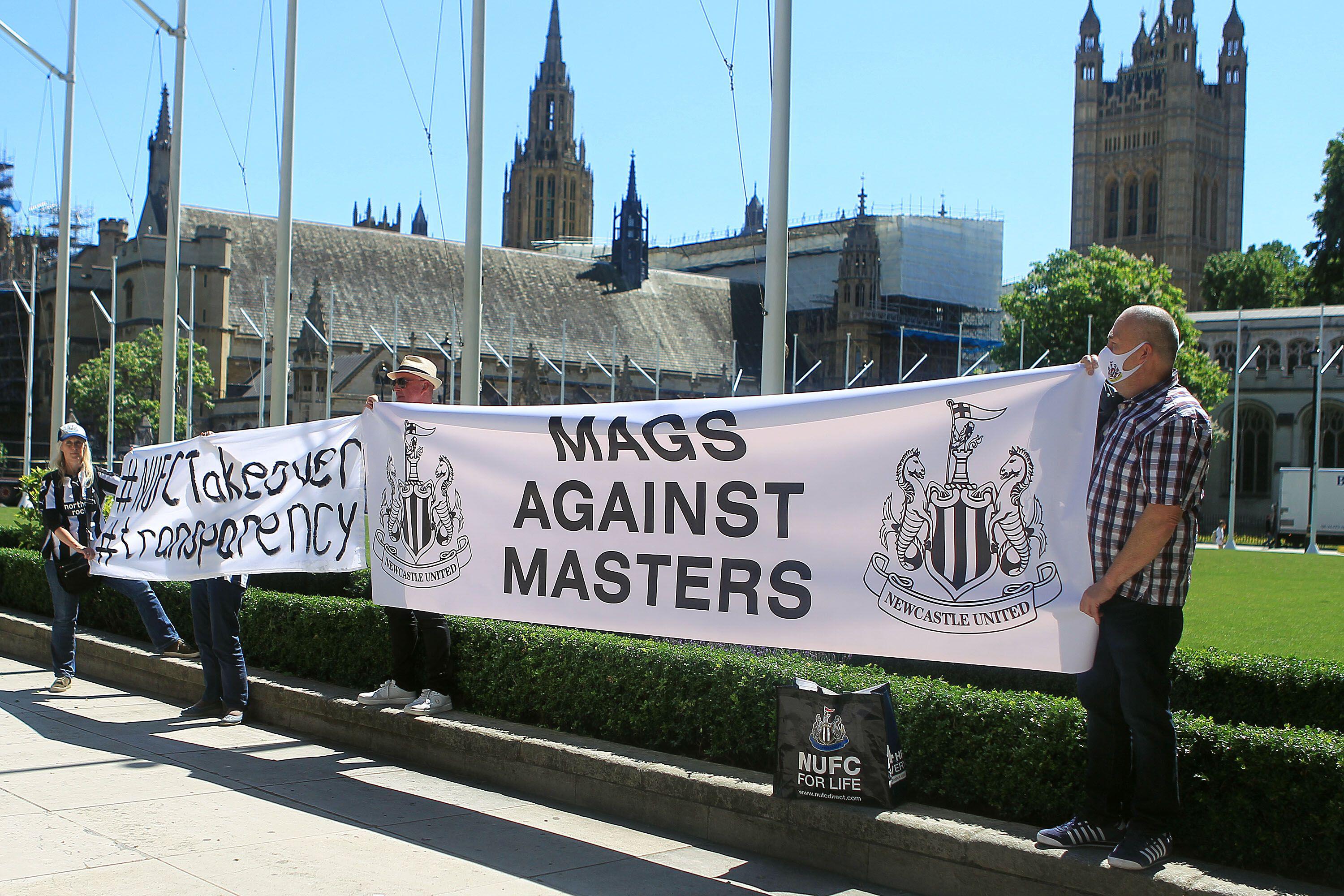 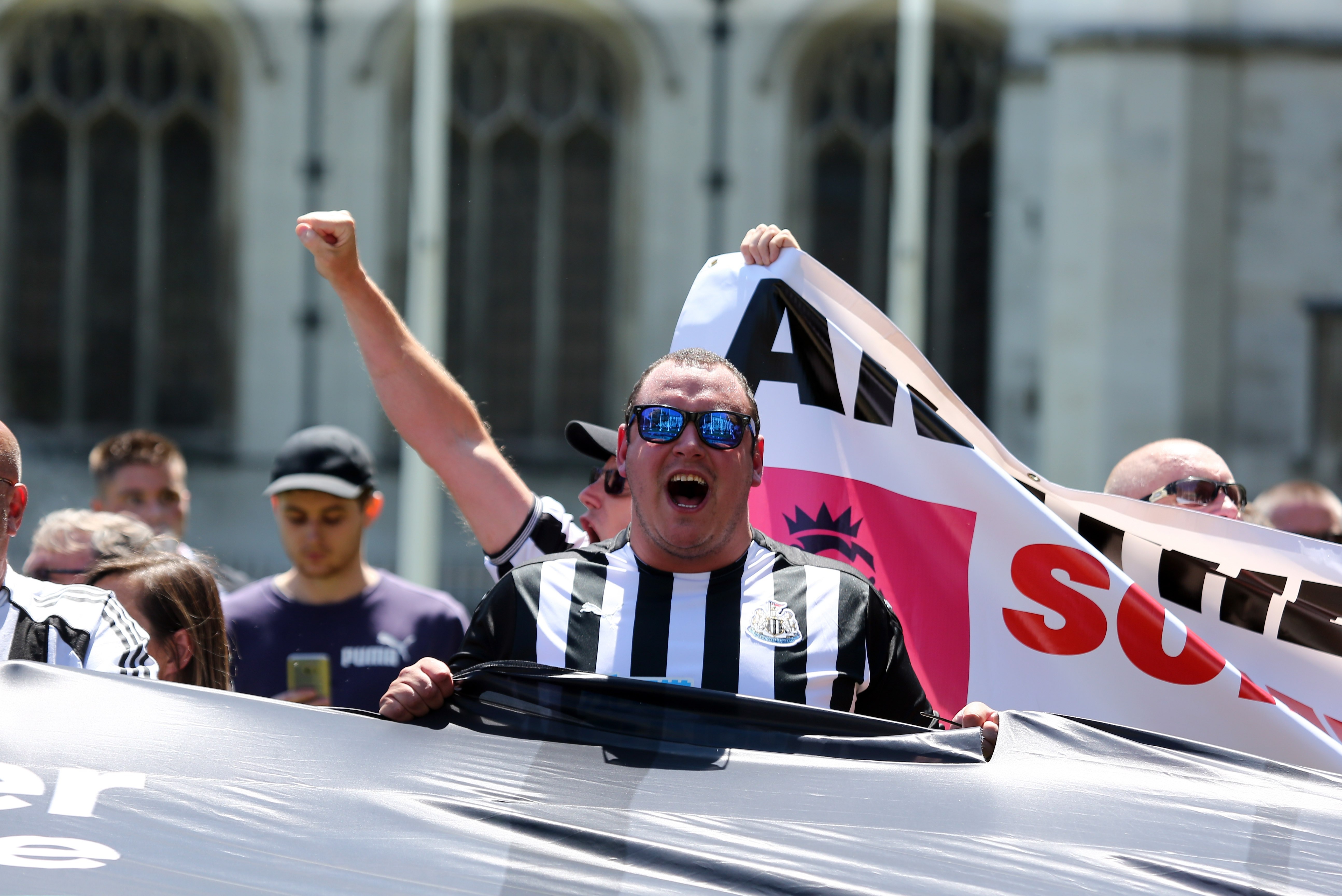 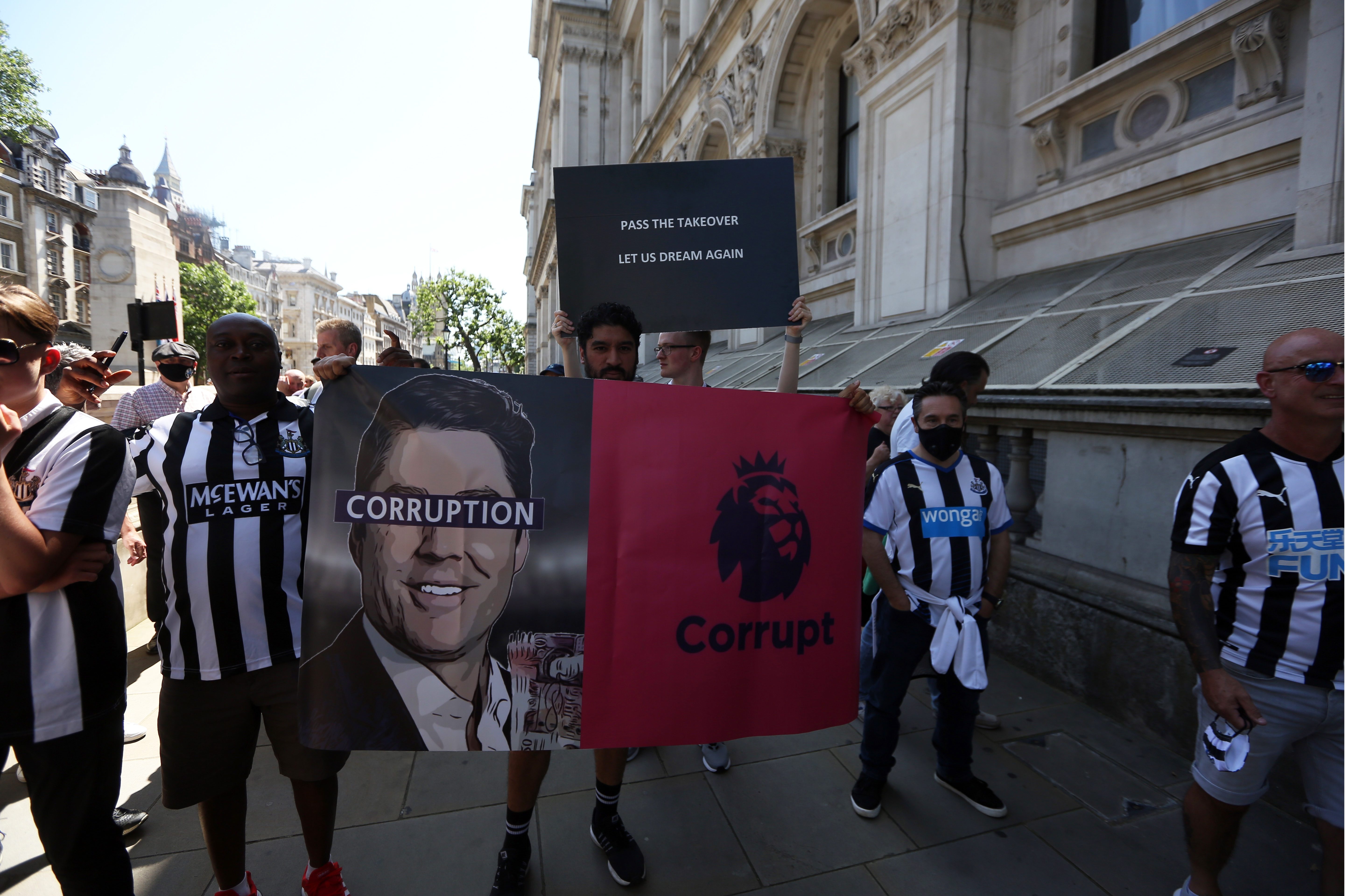 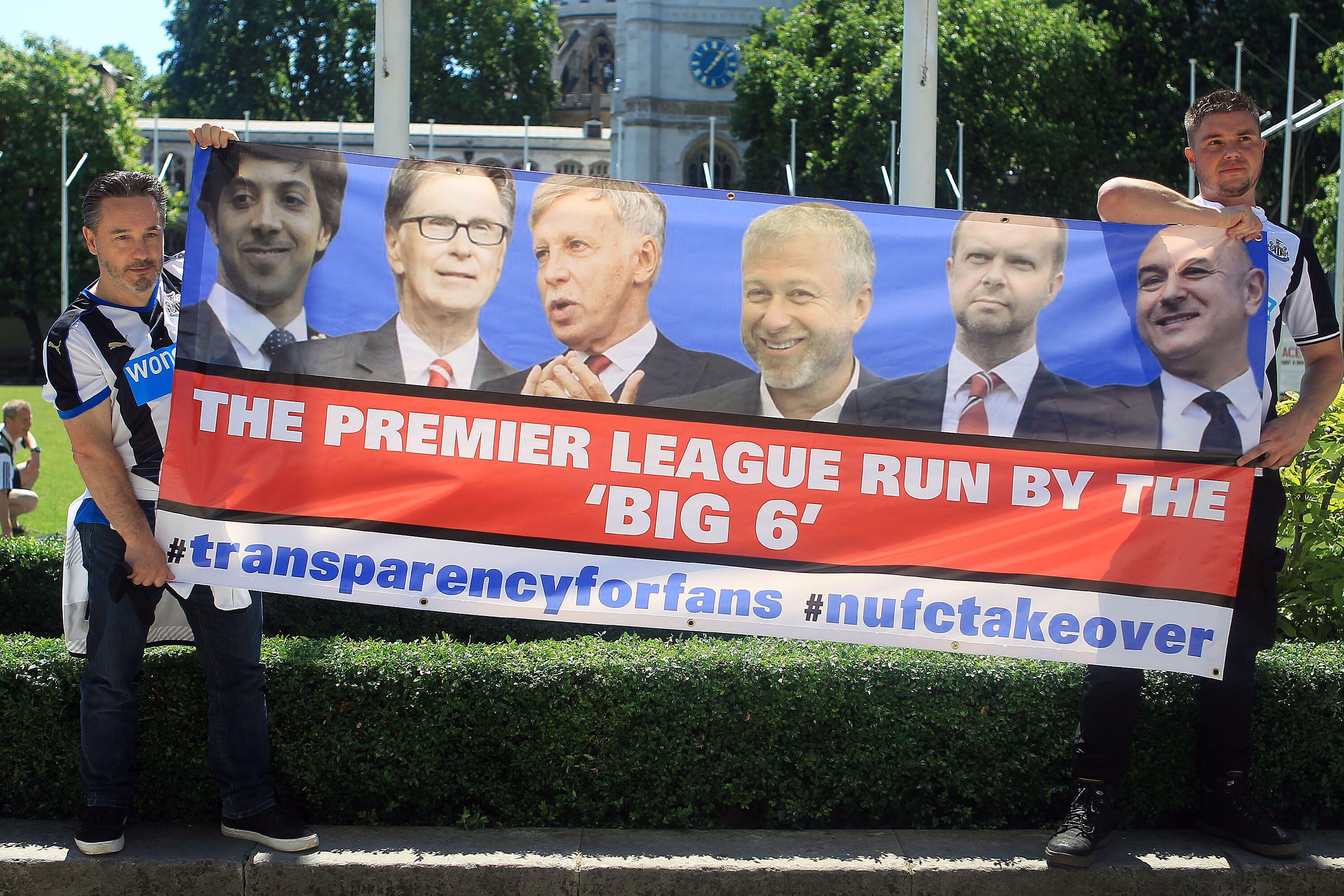 “I don’t want to draw battle lines, I want to say: ‘We want to buy and invest in the club’. 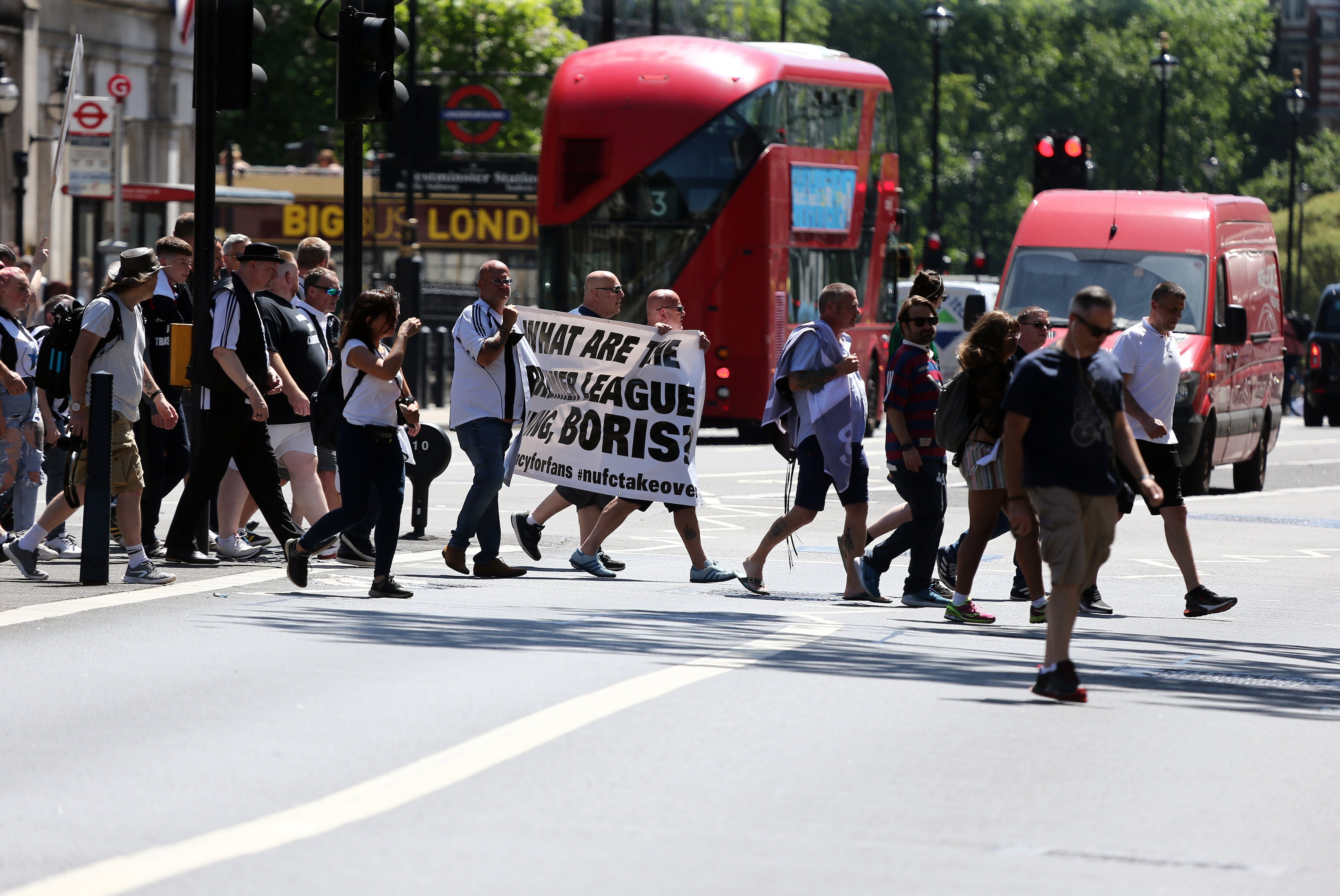