ANTHONY JOSHUA has joked about exhausting himself in his unforgettable clash with Wladimir Klitschko. 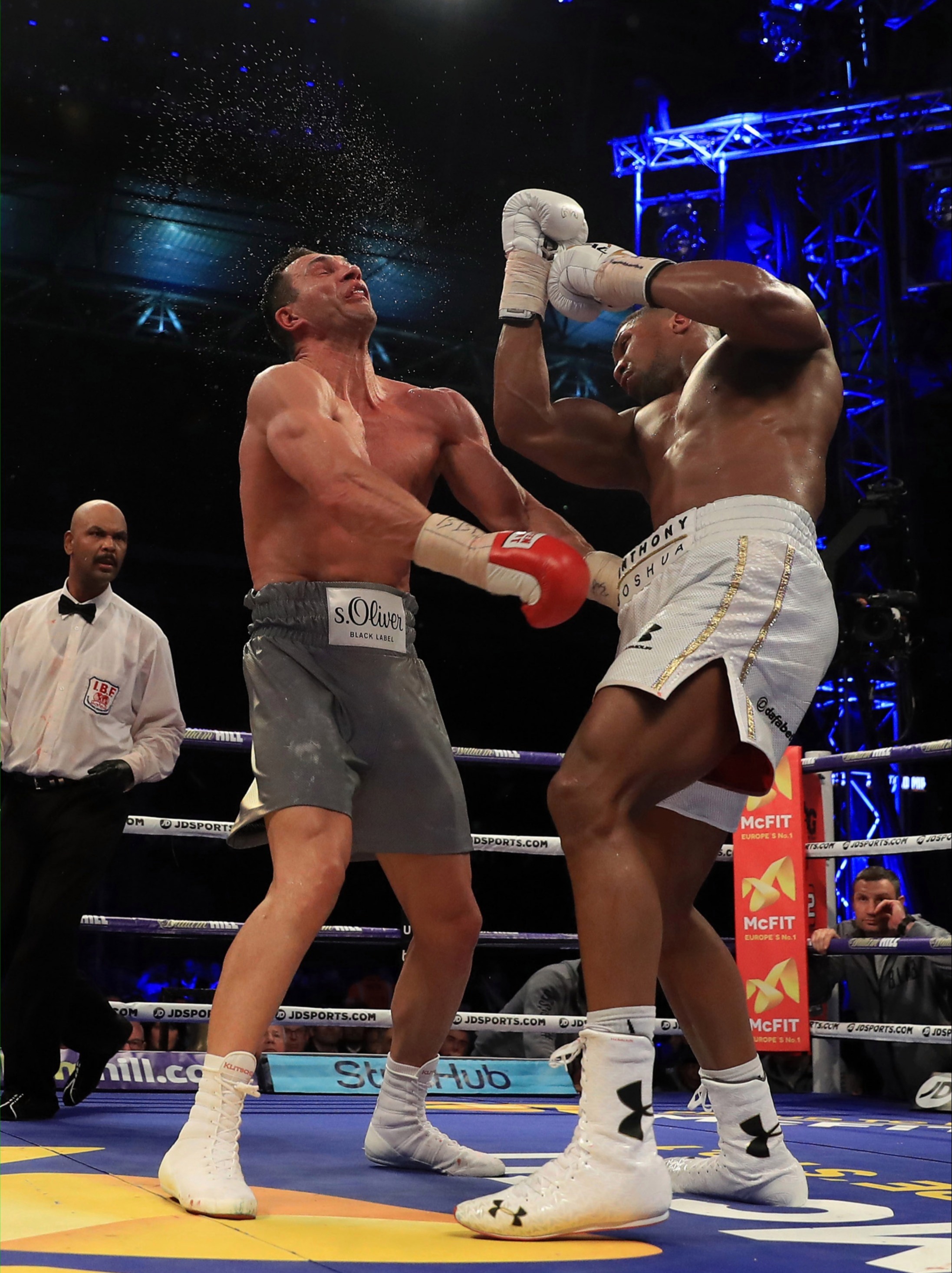 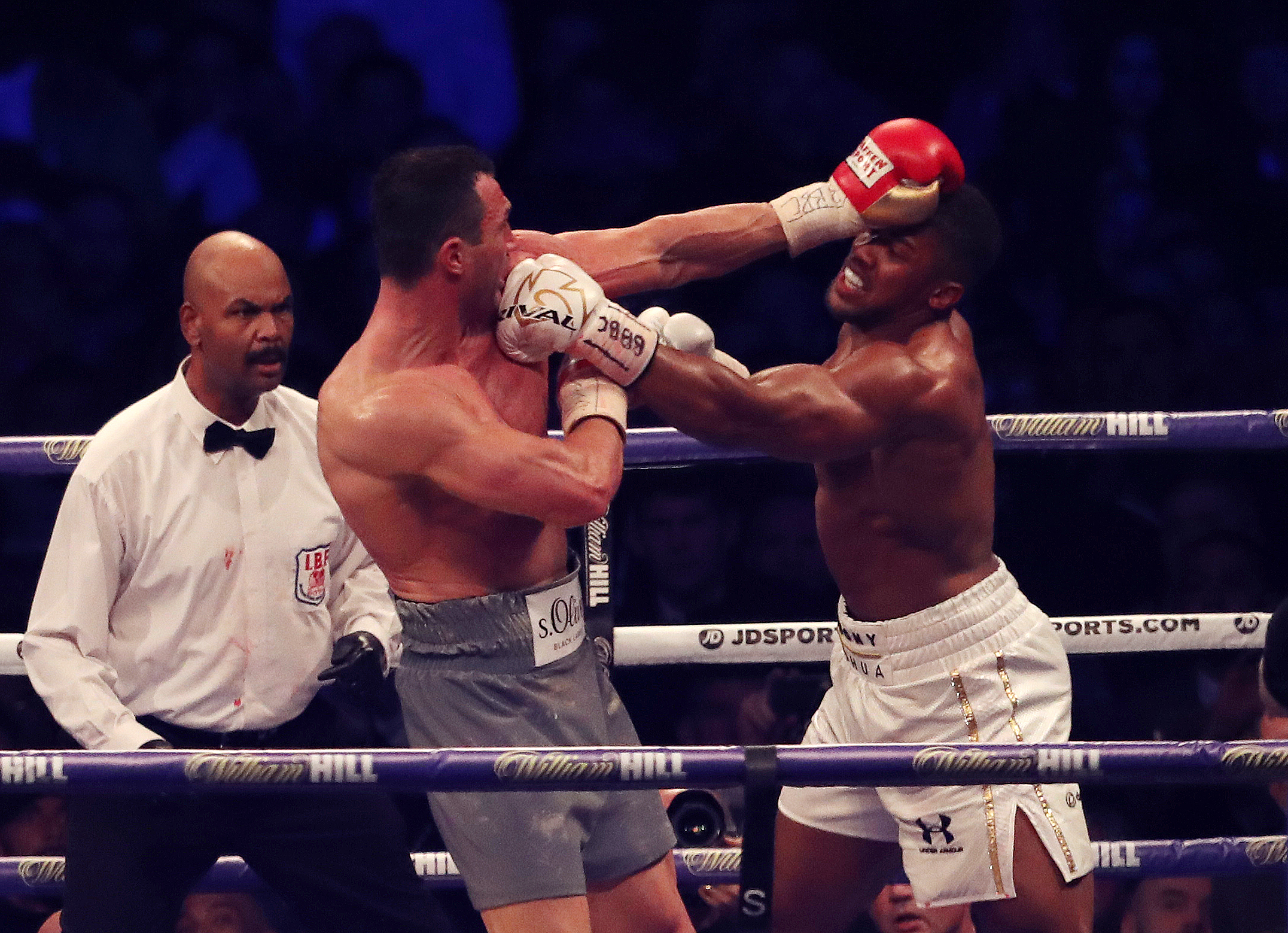 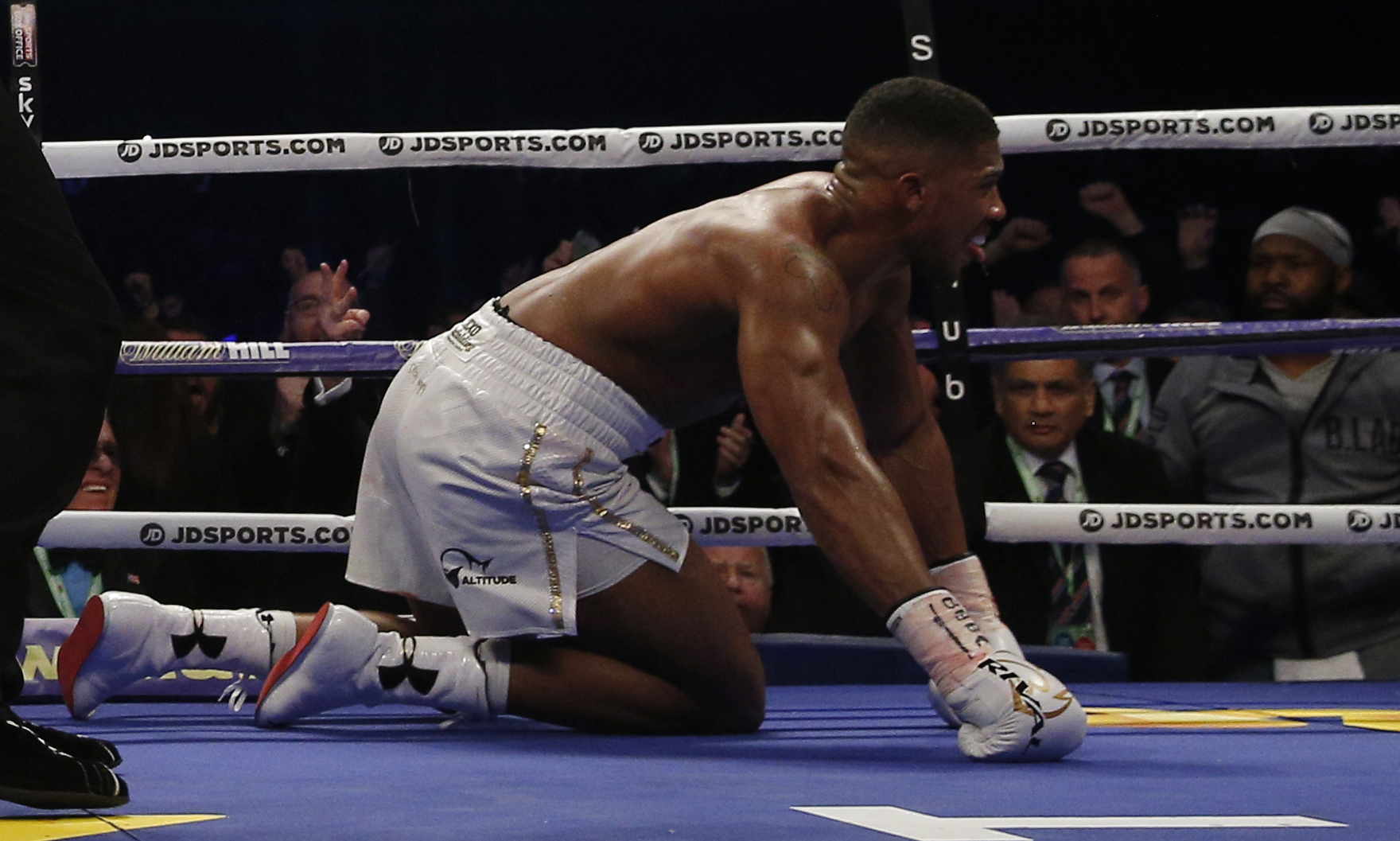 But the Watford warrior looked to get the Ukrainian out of the ring in the fifth after dropping him midway through the round, going all out and eventually gassing himself out.

That onslaught proved to be a costly one as a drained Joshua ended up being floored by Klitschko in the sixth.

Promoter Eddie Hearn recalled Joshua's hunt for the kill during a recent chat with the Olympian, saying: "It's like watching you against Klitschko in the sixth round.

"He was like [shakes fist in a circle] doing that and then he started chasing him around.

That fatigue lives long in the memory of the 31-year-old, who admits he was also too gung-ho in his KO victory over Kubrat Pulev last December.

He said: "It was the worst feeling, bro. It happened in the Pulev thing [too].

"In the third round, I was hitting him and I was thinking, 'Stop, stop.'

"And then I chased him around the ring and went doosh. I thought, 'Yes, I've got him.'

"It was the worst feeling, bro.

Matchroom Boxing chief Hearn remembers Joshua's reaction to the end of the fifth round against Klitschko all too well.

He said: "You could almost see when the bell went at the end of that round and you were like this [shrugs shoulders], 'Oh f**k.'"

Going for broke is something Olympic gold medalist Joshua will refrain from doing unless he can be 'efficient' with his shots.

He said: "That's what I'm learning in this boxing. Skills, you've got to be confident in your head, practice how you're gonna fight.

"That's one of those keys and all that stuff. You can't practice different to how you fight.

"You've got to practice head movement, boxing there, being aggressive.

Joshua will be hoping to remain calm and be efficient in his upcoming clash with former undisputed cruiserweight king Oleksandr Usyk.

AJ will defend his unified heavyweight titles against the undefeated Ukrainian three weeks on Saturday in front of a sold-out crowd at the Tottenham Hotspur Stadium.