On Aug. 7, 1959, Arlene Pieper completed the Pikes Peak Marathon, a grueling mountain course in Manitou Springs, Col., that no other woman had finished in its brief history.

“At the finish line, I felt pretty good,” she said in an interview with the Boston public radio station WBUR in 2017. “I’m sure I was a little tired, but I wasn’t completely exhausted. I lost all my toenails a few days later.”

Her achievement did not produce a thunderclap in sports world and stayed something of a secret as women competing on more prominent stages achieved marathon milestones: Roberta Gibb became the first woman to run in and complete the Boston Marathon in 1966, and Joan Benoit won the first women’s Olympic marathon, in Los Angeles, in 1984.

After finishing Pikes Peak, Ms. Pieper returned to work at the women’s fitness studio that she and her husband, Wallen Pieper, owned in Colorado Springs.

She did not know for 50 years that she had made athletic history of her own: She was the first woman ever to complete a sanctioned marathon in the United States.

Only then would glory come.

Ms. Pieper — who was known most recently as Arlene Pieper Stine — died on Feb. 11 in Capitola, Calif., south of San Jose. She was 90.

Her death, which was not widely reported, was confirmed by her daughter Kathie Pieper, who said her mother had Alzheimer’s disease.

Arlene Val Richter was born on March 18, 1930, in Studio City, Calif. Her father, Armin, owned a furniture company, and her mother, Valbourg (Petersen) Richter, was a telephone operator.

Arlene met Mr. Pieper, a bodybuilder and football player, in high school; he brought weights to her house and they worked out in her kitchen. They were still in their teens when they married.

She also threw the javelin and discus at a local track, her daughter said in an interview. After her marriage, she helped her mother-in-law make costumes for the Ice Capades and Mr. Pieper attended U.C.L.A while working in a gym.

They moved to Colorado Springs in 1957 and opened Arlene’s Health Studio. Mr. Pieper suggested to her that she promote their business by competing in the Pikes Peak run, which she first did in 1958. But she stopped after reaching the summit, and she was disqualified.

“That got her all upset,” Kathie Pieper said, “and she said, ‘I’m going back next year.’”

She redoubled her training and was prepared for Pikes Peak that sunny August day in 1959.

“I had my short shorts on that we used to wear back then and a white blouse tied in a knot — that’s how we did things back in the ’50s,” Ms. Pieper Stine told WBUR. “And my tennis shoes from the dime store, and off I went.”

She was accompanied on the ascent by her husband and Kathie, then 9, whose 5:44.52 time trailed her mother’s by 27 minutes. Another woman, Katherine Heard-Fahl, ran only the ascent. Twelve men and a horse named Min completed the race.

After Ms. Pieper finished the descent in 3:54.08, her marathoning career ended. She and her husband returned to California in 1961 and eventually divorced. Her marriages to Eddie Garza and Richard Stine also ended in divorce.

In the years after returning to California, she lived in Fresno and worked in fitness studios and in sales. And what she had done on Pikes Peak was largely forgotten.

“It’s like she ran into obscurity,” said Ron Ilgen, the president of the Pikes Peak Marathon, who began to search for her in the early 2000s. 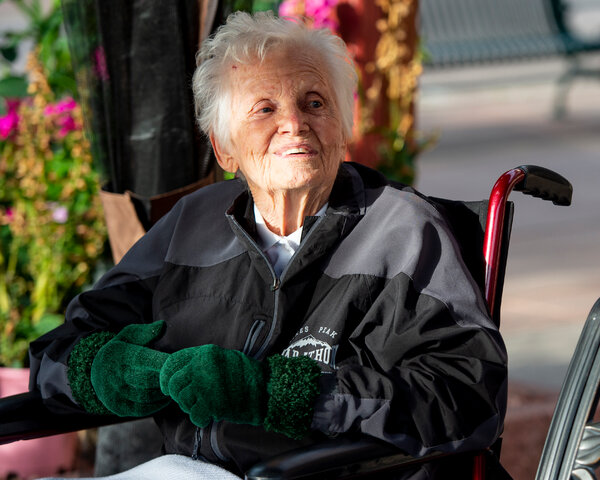 But her relocation, and her various name changes, made her difficult to find. A private detective failed. Then, in 2009, as an event to honor the 50th anniversary of her achievement approached, Mr. Ilgen tried a different tactic.

“I ran an ad in the local newspaper: ‘Find Arlene Pieper,’ with a $200 or $300 reward,” he said in an interview. “We were getting desperate. And a genealogist took hold of it like a bulldog.”

The genealogist, Linda Vixie, not only tracked down Ms. Pieper but also told her by phone of her distinction as the first woman to complete an authorized marathon.

For the next decade, Ms. Pieper Stine enjoyed newfound status in Manitou Springs as a pioneer on several marathon weekends. She signed autographs. Runners asked to touch her for good luck. And she was the official starter of each race she returned to.

“That first year we got there, 2009, people were lined up on the street,” Kathie Pieper said. “We were in a car and she was waving like the queen.”

Ten years later, a group of women, dressed in white as Ms. Pieper Stine had in 1959, honored her by running the ascent a week before the marathon.

She was also named one of Runner’s World’s “Heroes of Running “in 2014 and inducted into the Colorado Springs Sports Hall of Fame in 2016.

In addition to her daughter Kathie, she is survived by two other daughters, Karen Pieper and Linda Garza; a son, Karl Pieper; four grandchildren; and four great-grandchildren.

On race day in 1959, there were no aid stations on the mountain trail, no volunteers handing out bottled water or Gatorade. Ms. Pieper drank from a stream.

And as she passed some men on the ascent, her daughter recalled, she asked them, “Isn’t it a beautiful day for a race?”