BARCELONA'S Rafinha is set for a £12.7 million move to the Premier League with both Arsenal and Leeds in the hunt, reports say.

The midfielder has spent most of his career in Catalonia but now looks likely to arrive in England as his contract winds down. 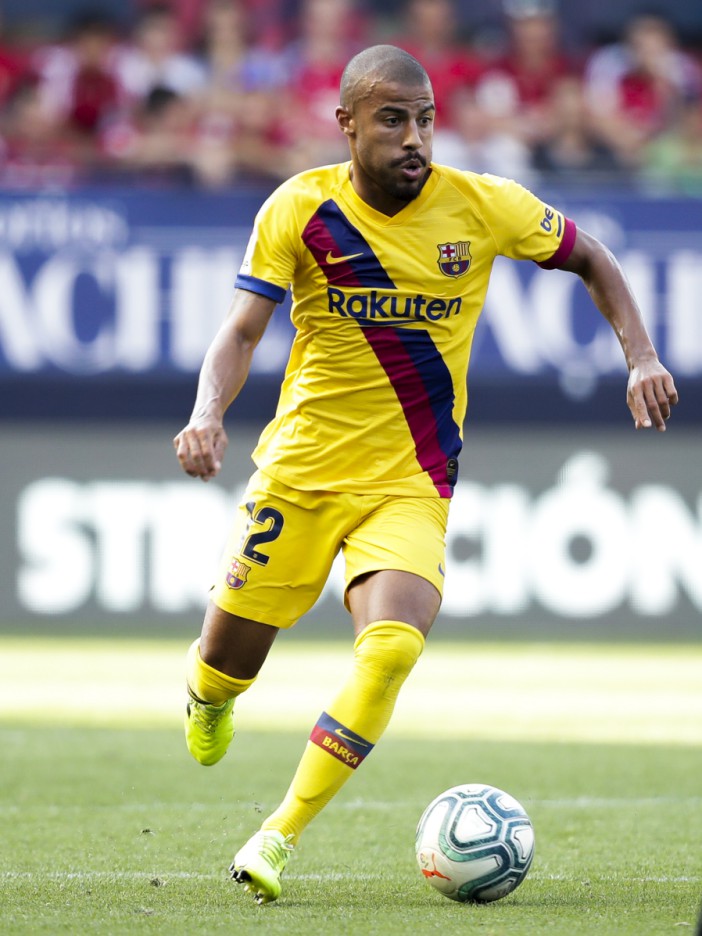 Barcelona are believed to open to offers of £12.7 million before he can walk for free next summer, according to Sin Concesiones.

He made his senior team debut for the Spanish club back in 2011 but has been loaned out recently to Celta and Inter Milan after failing to find a place in the first 11.

Rumours emerged earlier this month of newly-promoted Leeds' intentions to bring the 27-year-old to Elland Road.

The big-name Brazilian would help bolster their midfield ahead of their first Premier League campaign in 16 years.

They have already added to their strike force with the signing of 29-year-oldRodrigo for £26 million.

The fee broke their longstanding transfer record of £18 million for Rio Ferdinand in 2000.

Their other major signing so far this window is Germany defender Robin Koch, 24, from Freiburg for an undisclosed fee.

Arsenal have also been linked to Barca man Rafinha with manager Mikel Arteta keen to add strength in depth to his midfield.

They have already loaned Dani Ceballos and picked up Willian for free but Arteta may feel more is required to compete at the top end of the table.

The potential sale of Rafinha comes as the Spanish giants reportedly look to clear-out much of the squad following their 8-2 Champions League humiliation against Bayern Munich.

Ivan Rakitic and Arthur have already left the Nou Camp.

END_OF_DOCUMENT_TOKEN_TO_BE_REPLACED

END_OF_DOCUMENT_TOKEN_TO_BE_REPLACED
Recent Posts
We and our partners use cookies on this site to improve our service, perform analytics, personalize advertising, measure advertising performance, and remember website preferences.Ok