ARSENAL director Josh Kroenke watch his team's 1-0 win over Watford from the stands on Sunday alongside a mystery woman.

The American gave a rare interview ahead of the Emirates clash and ruled out selling the club despite Spotify billionaire Daniel Ek's bid. 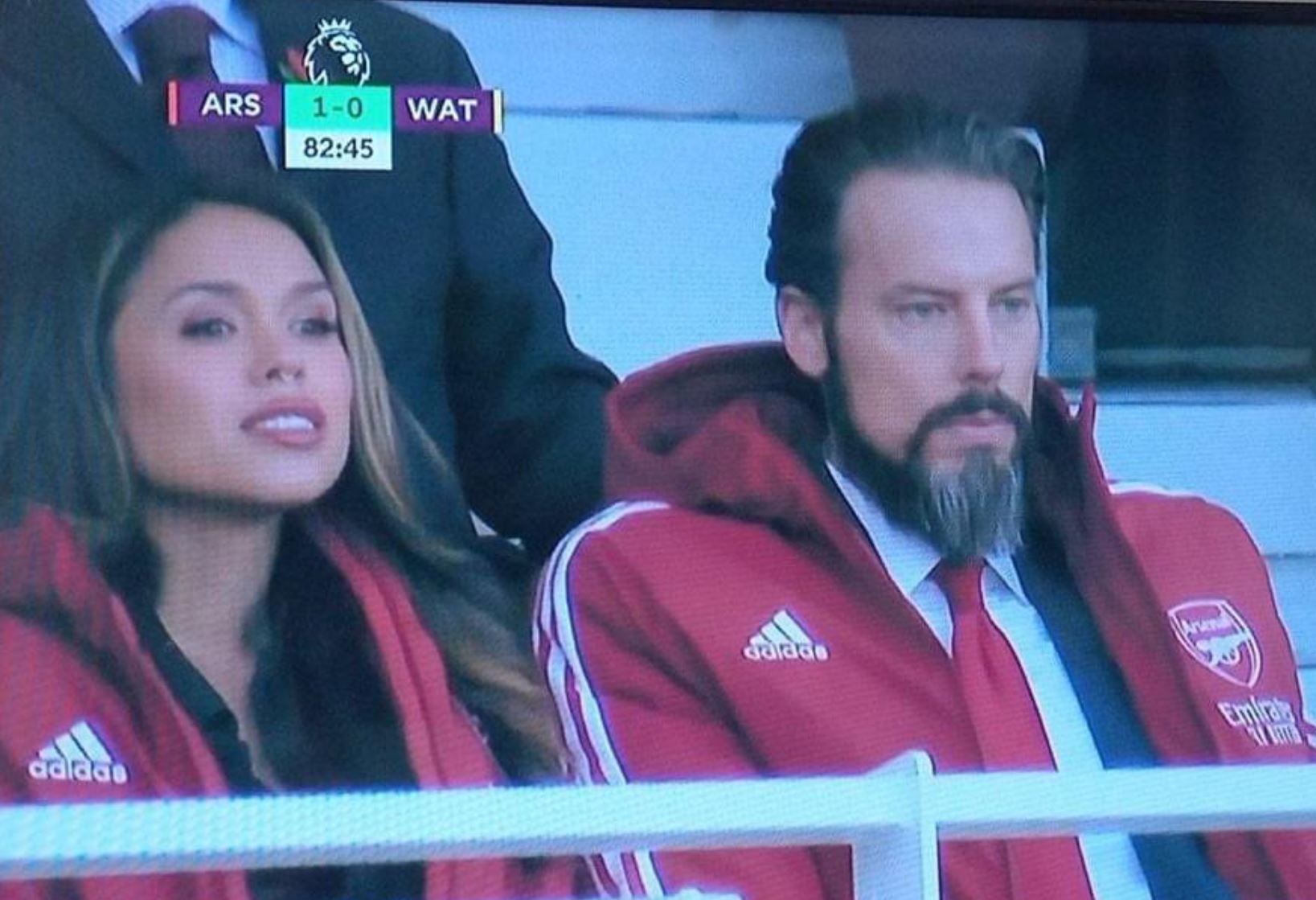 Kroenke, 41, took in a Gunners match in person for the first time since their 2-0 home win over Brighton in May.

And he was accompanied by an unknown woman.

The American keeps his personal life quite private but was most recently said to be dating model Elizabeth Maynard.

However, the woman next to him at the Emirates was not LA based Maynard leaving fans asking who Kroenke's neighbour was.

One suggested she looked like Cheryl Cole but most were simply left wondering.

Emile Smith Rowe scored a controversial goal nine minutes into the second-half to give the Gunners the win before Juraj Kucka was sent off in the closing stages.

But most of the talk before the game surrounded Kroenke's declaration that his family – including unpopular dad Stan – are going nowhere.

Ek made a £1.8billion offer in May which is still on the table.

It was reported at the time that any approach to buy the club would be rejected and Kroenke Jr is sticking to that line now.

Speaking to Sky, Kreonke, 41, said: "We get bids for the club all the time, from many different parties around the world and that speaks to the strength of the Arsenal.

"It's a wonderful institution, Arsenal Football Club is a global brand and my only response to anything is: 'The club is not for sale, we're just getting started'.

"We've only really owned the club since 2018. We have a young manager, we have a young squad and we're charting our path to the future."