Police in Baku have been filmed stopping Arsenal supporters who were wearing shirts with Henrikh Mkhitaryan’s name on the back.

The Armenian star refused to travel to Azerbaijan for tomorrow night’s Europa League final due to fears for his safety.

UEFA and the Azerbaijani FA made assurances that Mkhitaryan’s safety could be guaranteed, however footage has emerged of Gunners supporters being stopped by police for merely wearing his shirt. 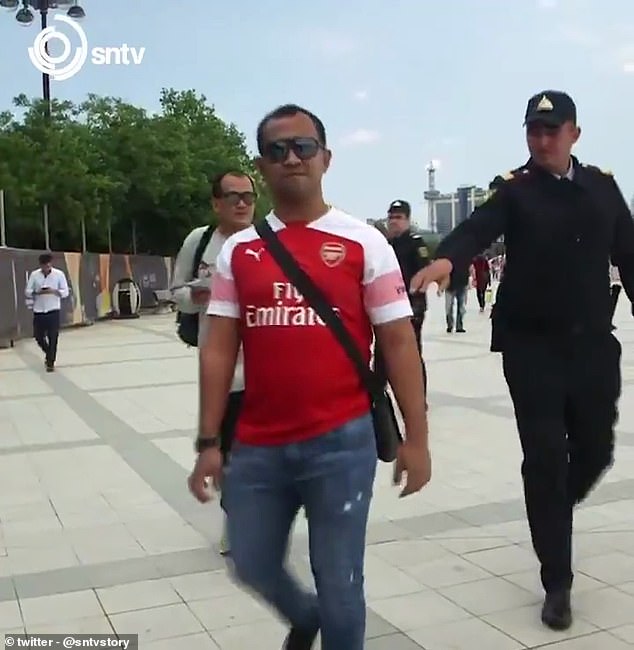 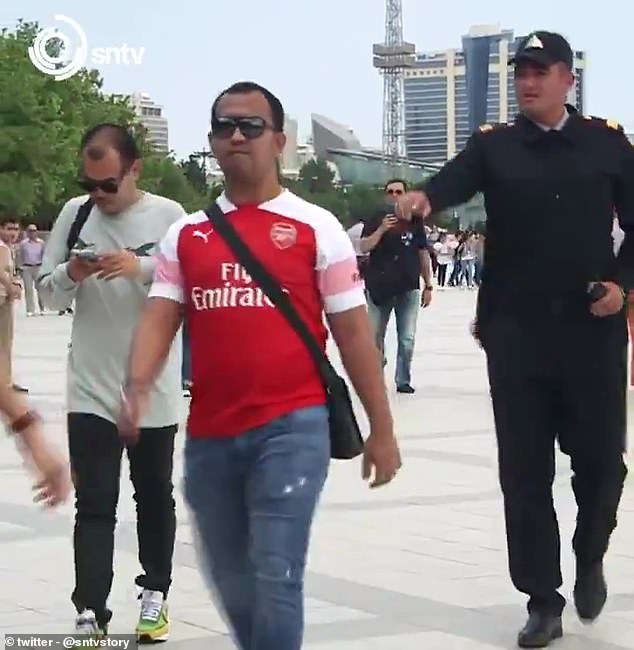 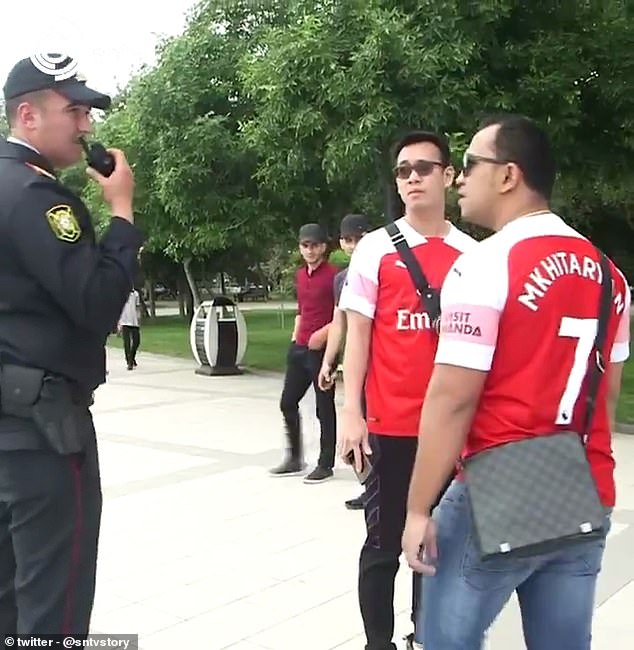 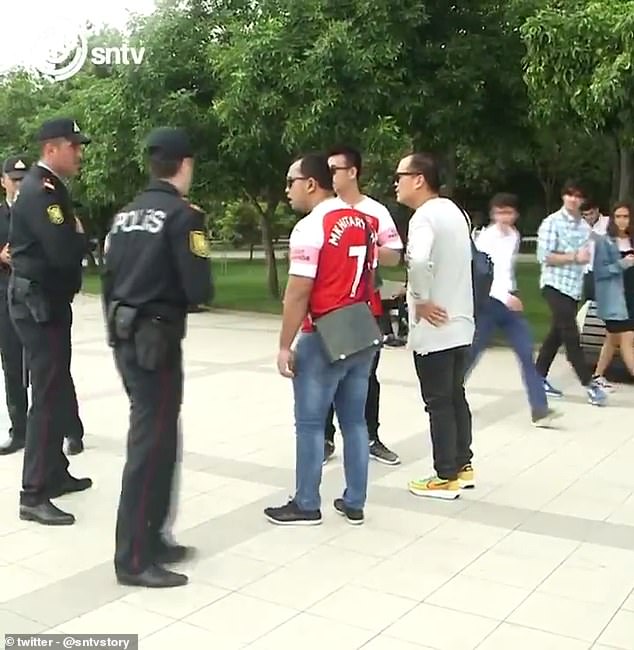 The video, filmed by SNTV and posted on Twitter, appears to show the Arsenal fans being stopped by a police officer, who halts their progress for a time.

He awaits further instruction and eventually allows the fans to carry on without further impediment.

The Gunners were outraged that one of their players felt he was unable to participate in the biggest match of their season.

Mkhitaryan is the captain of Armenia, a country locked in a bitter territorial dispute with Azerbaijan over the disputed Nagorno-Karabakh region. 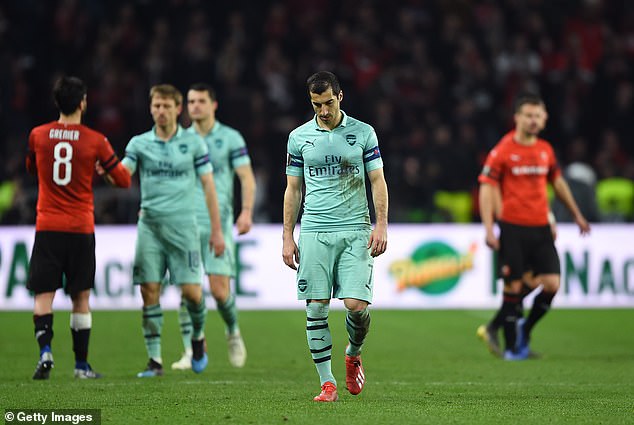 ‘We don’t feel he can travel and it’s extraordinarily sad. You don’t get a chance to play in major European finals often. Miki has had it taken away from him and it is an extraordinary shame.

‘We made our point clearly to UEFA, we have written to them. We will also sit down with them face to face after the final and express how it is unacceptable and how it can never happen again to Arsenal or anyone.’

Gunners players had intended to wear shirts with Mkhitaryan’s name on them during the warm-up of the final but, as revealed by Sportsmail, have been prohibited by strict UEFA rules.

But the players have insisted they will try to win the trophy for their team-mate.

‘Of course we are disappointed he’s not here but I think we spoke a lot about Mkhitaryan, and a lot of political things, and it’s time to speak about football,’ said Xhaka.

‘He’s very important for us, and we want to give him a trophy tomorrow.’