Home » Sport » Arsenal haven't won a Prem game at Liverpool in NINE YEARS.. but who joined Arteta in starting line-up?

Arsenal haven't won a Prem game at Liverpool in NINE YEARS.. but who joined Arteta in starting line-up?

ARSENAL head to Liverpool this weekend looking to end nine years of misery at Anfield.

The Gunners are hoping to make it nine games unbeaten – although Mikel Arteta will be hoping for more than a point on Merseyside. 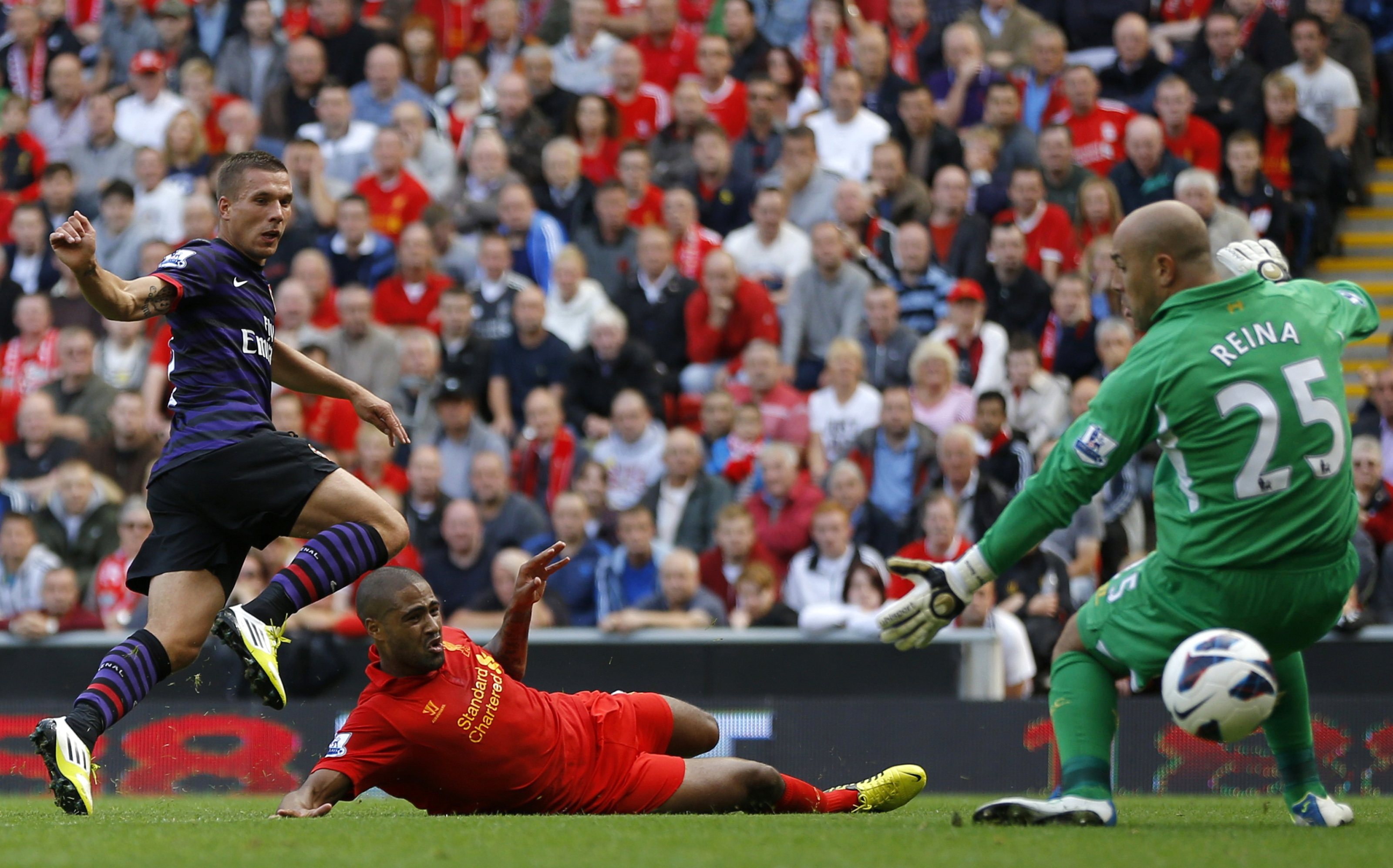 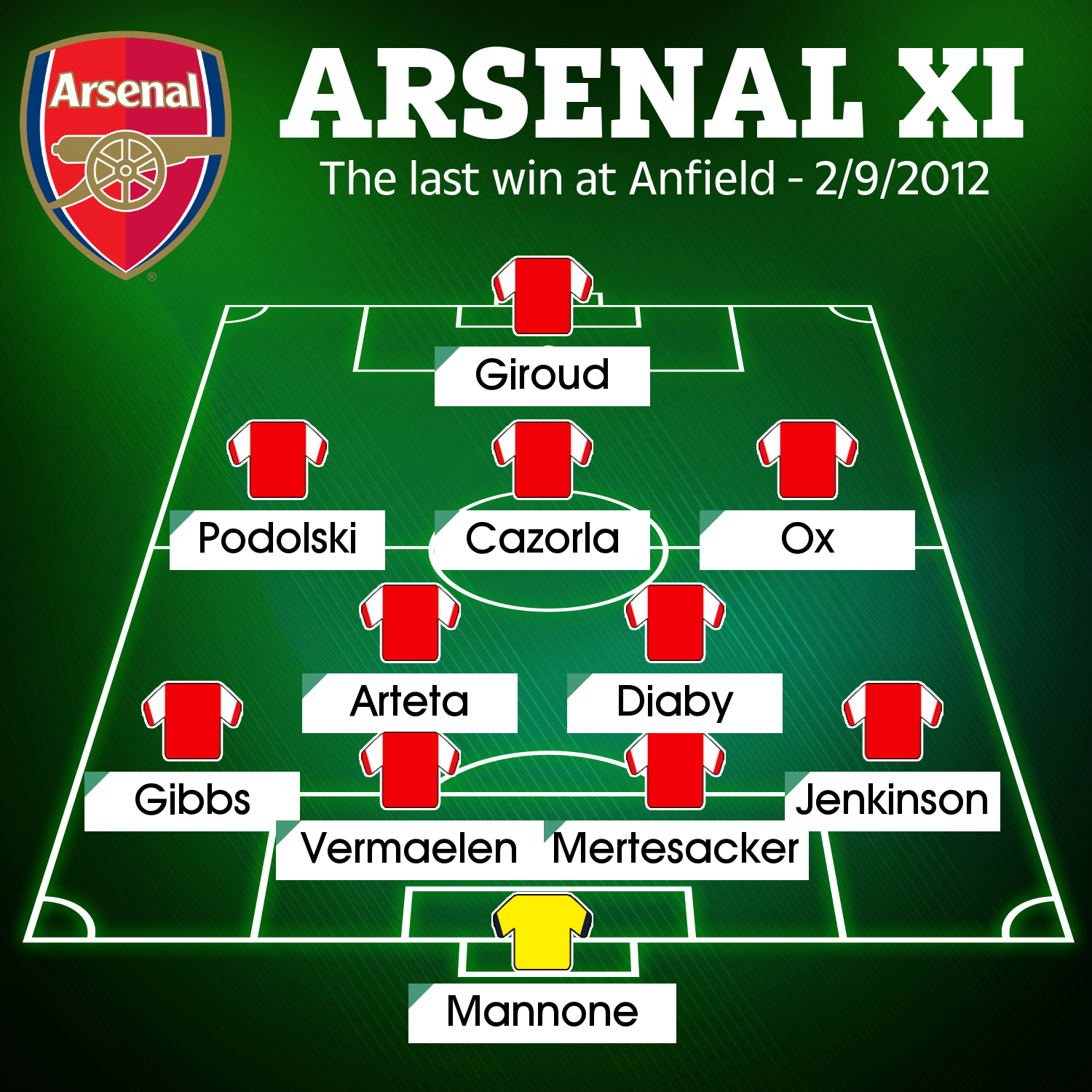 And he was actually in the starting line-up for Arsenal the last time they tasted victory at Liverpool.

Gooners have to go way back to September 2 2012 for the last success there.

He started in midfield alongside France international Abou Diaby protecting a back four that consisted of Carl Jenkinson, Per Mertesacker, Thomas Vermaelen and Kieran Gibbs.

Vito Mannone was in goal, and he and that defensive unit even managed to shut out Luis Suarez, Steven Gerrard and Raheem Sterling to keep a clean sheet.

Speaking of attackers, Arsene Wenger opted for Olivier Giroud to lead the line against the Reds.

Arteta’s fellow Spaniard Santi Cazorla was deployed just behind him to pull the strings, and he had Lukas Podolski and Alex Oxlade-Chamberlain either side to help provide the ammunition.

Aaron Ramsey, who was yesterday tipped to return to Arsenal, was deployed off the bench with 18 minutes to go – by which time the North London team were already defending their 2-0 lead.

Full-back Andre Santos and centre-half Laurent Koscielny then came off the bench during the closing stages to see out the win.

Arsenal actually took the lead before the break courtesy of Podolski before Cazorla doubled the advantage on 68 minutes.

The next season Liverpool gained revenge by thumping Arsenal 5-1 – the very same scoreline that occurred in the fixture in 2018.

The last two visits in the Premier League have also ended in a 3-1 win for Liverpool and they will be favourites again going into this one.

But after defeat at West Ham last time out, just maybe Arsenal can put an end to nearly a decade of doom and gloom at Anfield on Saturday.