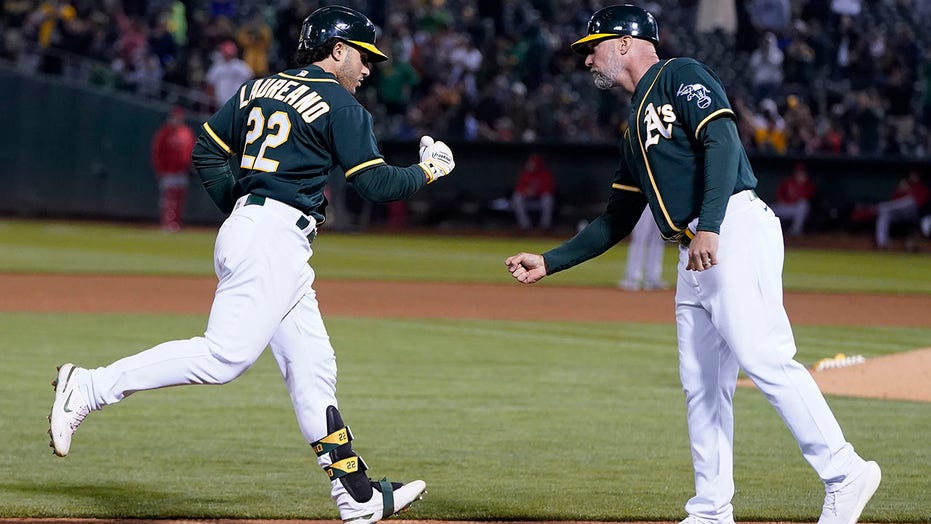 Oakland Athletics center fielder Ramón Laureano was suspended for 80 games without pay by the commissioner’s office Friday after testing positive for a performance-enhancing substance.

“I would never knowingly ingest any banned substance and put the game that I’ve loved all my life at risk. When I found out that I tested positive for Nandrolone, I was shocked,” Laureano said in a statement released by the players’ union.

“I take great care of my body and have an extremely regimented diet. Based on the minuscule amount that was briefly in my body, I’ve learned that it is likely that it was contamination of something I ingested.

“I have been educated about PEDs through the RBI program and Baseball Factory while growing up. I know I don’t need any of that to perform on the baseball field. All my athletic success has come from my hard work, focus and dedication to the game.”

The penalty came down just more than four hours before the A’s were to begin a weekend series at home against the Texas Rangers.

“The A’s were disappointed to learn of this suspension. We fully support MLB’s Joint Drug Prevention and Treatment Program and we will welcome Ramón back after the discipline has been served,” the A’s said in a statement.

“You’re forced to just move on,” A’s manager Bob Melvin said. “Everybody feels bad for what happened for him. In baseball you have to have a short memory. There’s only 50-something games left. We have to go out there and play with the pieces that we have. We still have good ones. He is a tough one to lose.”

Laureano has regularly made highlight-reel throws from center field to save runs.

Oakland, the reigning AL West champion having reached the playoffs in each of the past three seasons, is in second place behind the rival Houston Astros in the division race.

“I’d like to apologize for the distraction that this might cause my teammates, Billy Beane, David Forst, and the entire Oakland organization, community, and fan base,” Laureano said. “I am devastated. Anyone who truly knows me as a person knows how much I love the game and that I would never intentionally do something like this.”

“I think everybody was shocked,” Melvin said. “These things aren’t fun. Ramon’s beloved in our clubhouse. They have to abide by the rules and everybody knows them. Unfortunately we’re in the position that we are right now.”