Home » Sport » Basketball Persists in Mexico Amid the Pandemic

Basketball Persists in Mexico Amid the Pandemic

The Astros de Jalisco are competing in Mexico’s top professional basketball league during the pandemic. But several teams have decided it’s not worth playing.

GUADALAJARA, Mexico — The day before Antonio Álvarez’s home debut for the Astros de Jalisco, his hometown basketball team, the power forward waited in a hotel room in Guadalajara under strict isolation protocols, listening to occasional fireworks. Outside, Mexican Independence Day celebrations raged for those ignoring the government’s social distancing guidelines. Álvarez said his family was at home, electing not to partake in the festivities because of the surging coronavirus outbreak.

His family often watched him compete on the court while he was growing up in Guadalajara, the Jalisco state capital. But now, even though he was playing in Mexico’s highest professional basketball league and representing Jalisco, the coronavirus pandemic meant that his family couldn’t watch him in person, instead having to follow along from their home on the other side of Guadalajara.

“It’s a bit weird to be so close to my house, but I can’t go there,” Álvarez, 21, said in Spanish. He added, “To have my family close, but they can’t be there in the arena — it’s a difficult situation, but it’s the best that we can do at this time to keep our families and the team safe.”

In early September, the Liga Nacional de Baloncesto Profesional launched a shortened season, even though the country had been hit hard by the pandemic. While its popularity doesn’t come close to that of Mexico’s top soccer league, the L.N.B.P’s top players are well-known figures, especially those who also play on the Mexican national team. The league’s games are usually raucous events with near-full arenas.

As the league tipped off, Mexico had surpassed 650,000 confirmed coronavirus infections and 70,000 deaths related to the virus, the fourth-highest number of fatalities for any nation. But even that grim total was thought to greatly undercount the dead.

Despite these fraught circumstances, the league believes that it will crown a champion this season by following its health and safety protocols based on guidelines from FIBA, the international governing body for basketball, and the World Health Organization.

“In this atypical year, the L.N.B.P. has put forth a massive effort to roll out this season, with everything aimed toward giving a message of optimism and hope to all our fans, and all of Mexico,” said Alonso Izaguirre, the L.N.B.P. commissioner who is also a former player. 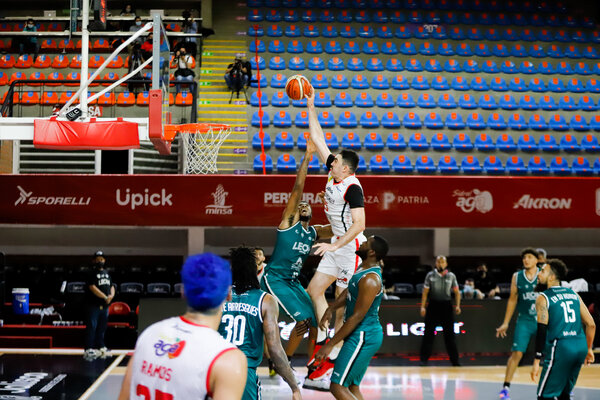 Izaguirre said team owners, staff members, players and coaches batted around ideas such as creating bubbles in cities like Guadalajara, Chihuahua and Monterrey. Five of the league’s 17 teams chose not to participate in the 2020 season — some felt it wasn’t economically feasible to participate without fans, and others decided that severe virus outbreaks in their regions would make it too dangerous to play — and the season was condensed to 20 games from 36. They will compete over two months, instead of the usual four and a half, with 12 teams playing in weekly back-to-back games.

Instead of creating one all-encompassing bubble environment with daily testing, as the N.B.A. has done at Walt Disney World in Florida, the 12 L.N.B.P. teams create mini-bubbles in hotels for players and staff in each of their cities. They travel between cities on sanitized, private buses and are tested for the virus every 15 days unless they display clear symptoms during twice-daily checkups.

END_OF_DOCUMENT_TOKEN_TO_BE_REPLACED

END_OF_DOCUMENT_TOKEN_TO_BE_REPLACED
Recent Posts
We and our partners use cookies on this site to improve our service, perform analytics, personalize advertising, measure advertising performance, and remember website preferences.Ok