Catalan Dragons forward Ben Garcia suffered a major scare after a gruesome injury raised fears he may lose an ear during his side’s 36-10 defeat by Warrington Wolves.

After Magic Weekend at St James’ Park, their private flight back to Perpignan was delayed as they waited for Garcia’s partially severed ear to be reattached.

Catalans boss Steve McNamara said: ‘Ben’s not good, it’s nearly taken his ear off. We’re having to see if Ben will have surgery and maybe hold our flight or if he’ll have to get his own way back.’ 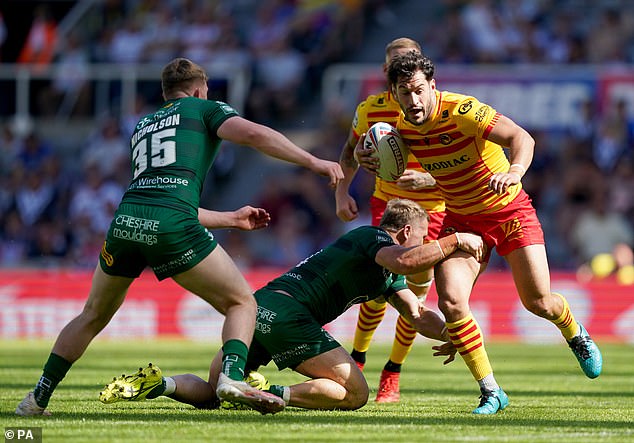 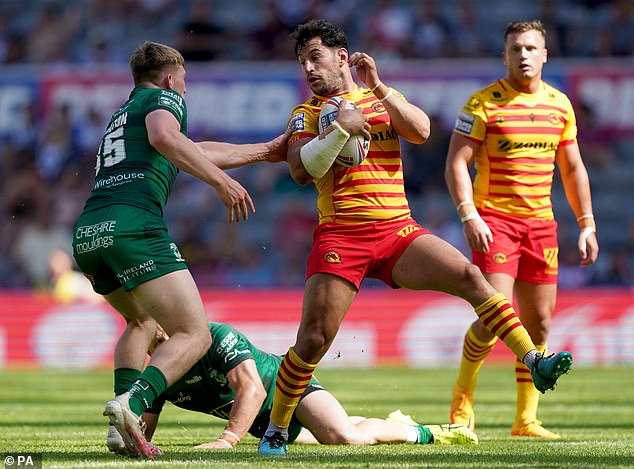 A brutal encounter also saw Warrington’s Gareth Widdop sustain a dislocated shoulder in the act of opening the scoring. Wolves boss Daryl Powell said: ‘Gaz was in a lot of pain and it took 10 minutes to put his shoulder back in. I’m pretty certain he won’t play again this year.’

Despite the early loss of Widdop, Warrington led 24-6 at the break with tries from Jake Wardle, Matty Nicholson and Stefan Ratchford.

Sam Tomkins and Samisoni Langi pulled tries back for Catalans but Josh Thewlis and George Williams confirmed the Wolves’ superiority. 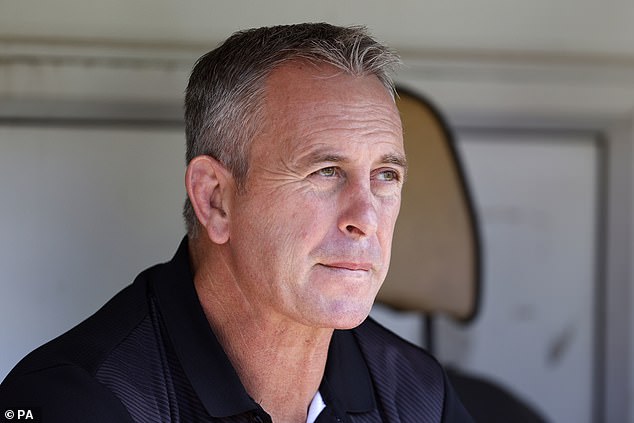 In the final match, Hull KR’s Frankie Halton fractured his collarbone in a thrilling derby which Hull FC edged 34-28 courtesy of a brace by debutant Ellis Longstaff, with Mikey Lewis claiming a hat-trick for the defeated visitors.

Rovers coach Danny McGuire said: ‘Frankie is in a bad way. It is highly unlikely he will play again this season.’

In the first of the three games, which drew an attendance of 25,333, Huddersfield Giants beat Salford Red Devils 30-18, capping a day when victorious head coach Ian Watson signed a new contract, running until 2026.