Charlie Woods dishes out trash talk on the golf course 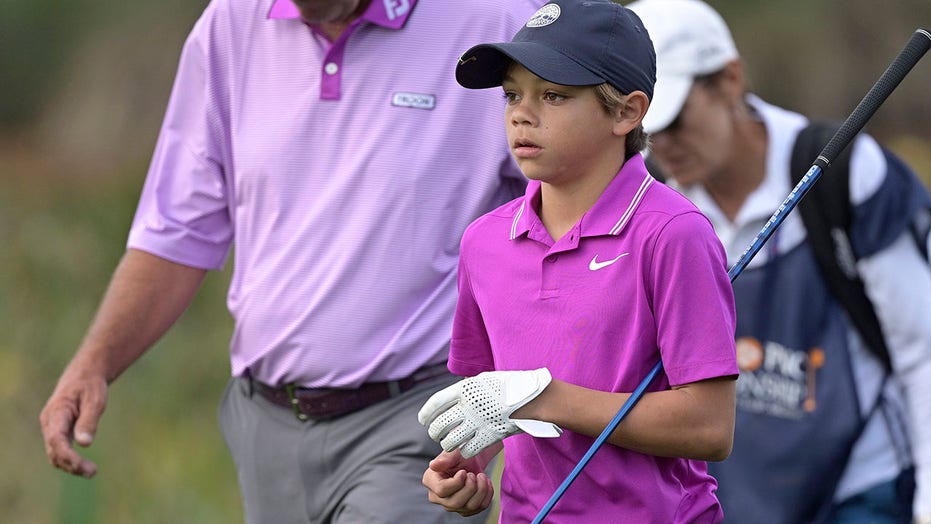 Charlie Woods was impressive on the golf course in the first round of the PNC Championship on Saturday, but it was his trash-talking skills that really left a mark.

Charlie, who was playing with his superstar father Tiger Woods, had a message for Justin Thomas and his father Mike when one of their balls landed in the bunker. The 11-year-old's message was "Draw Hole!"

Justin Thomas revealed the meaning of the note after the round. He said his father was the one who left Charlie the note the day before.

Before the tournament started, it was Thomas who revealed the moment he knew Tiger Woods’ son was going to be a big deal.

"I was over at Tiger’s house, and us three were having a putting contest and we played nine holes, us three, straight-up, (Charlie) didn’t get any sort of advantage," he said. "I think he was 8 years old, 9 years old at the time. And it was one of the three combined total weeks I’ve held No. 1 in the world, around that time. And Charlie was leading going into the last hole.

"He was 2 under, I was 1 under, and I think Tiger was even or 1 under or something like that. Charlie was mouthing off, you know, he’s like, ‘Here I am, I’m 9 years old beating the No. 1 player in the world and supposedly the best golfer of all time.’ And he three-putted and I made it, so I beat him. And that shut him up pretty quick."

The Woods were in sixth place after the first round.

END_OF_DOCUMENT_TOKEN_TO_BE_REPLACED

END_OF_DOCUMENT_TOKEN_TO_BE_REPLACED
Recent Posts
We and our partners use cookies on this site to improve our service, perform analytics, personalize advertising, measure advertising performance, and remember website preferences.Ok