CHELSEA have been boosted in the race to land Thiago Silva after the defender revealed he has not agreed a contract with Fiorentina.

The Brazilian veteran, 35, confirmed he is leaving Paris Saint-Germain on a free transfer after their Champions League final defeat to Bayern Munich. 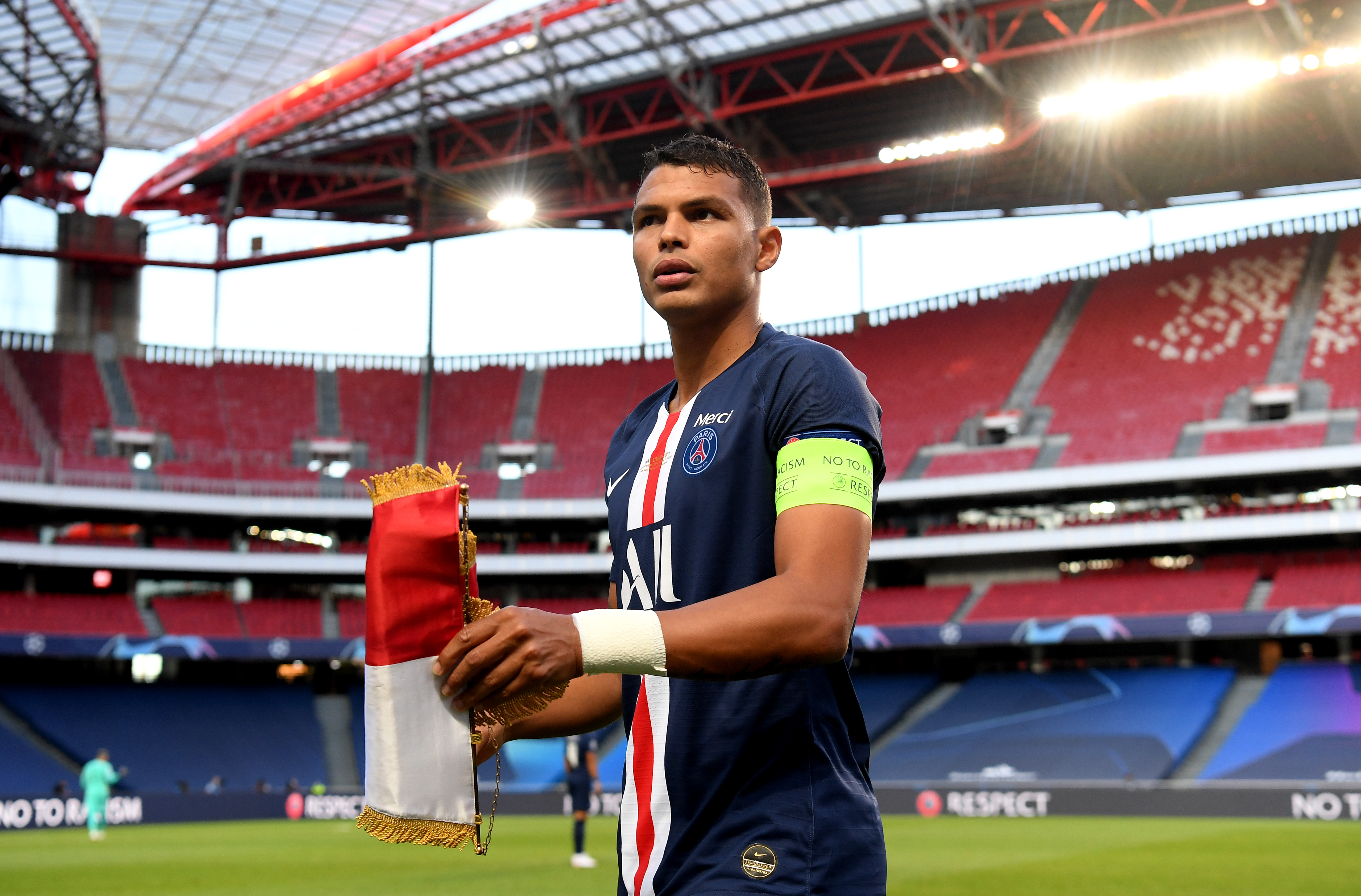 Frank Lampard's side are believed to be closing on a deal after being locked in "advanced talks" since last week.

But they are expected to face late competition for his signature from clubs across Europe, particularly a player of his calibre and experience.

Silva confirmed Fiorentina are one of those who have made contact but wants to assess all offers before making a final decision.

After Sunday's final heartbreak, he said: "Now I have to look for a new team. Fiorentina? Reports of an agreement are not true.

"My agent is talking to them and other clubs but nothing is signed yet.

“Tomorrow or the day after tomorrow I will have to look at the offers and make the best decision for me and my family.

“This was my last match at PSG. I am sad. I apologise to the supporters.

"I want to thank all the fans for their love.

"I want to play for three or four more years and be at the World Cup in Qatar.”

Chelsea are usually reluctant to hand anything more than a one-year contract to players in their 30s, although did renege on this habit with David Luiz last year.

BT Sport pundit Steve McManaman believes Silva would be a welcome addition to the Chelsea side.

Speaking about the potential free signing, McManaman said: “Football is all about the now.

“You can't plan about five, six or seven years because the manager might not even be there then.

“For the here and now he is an excellent defender.”

END_OF_DOCUMENT_TOKEN_TO_BE_REPLACED

END_OF_DOCUMENT_TOKEN_TO_BE_REPLACED
Recent Posts
We and our partners use cookies on this site to improve our service, perform analytics, personalize advertising, measure advertising performance, and remember website preferences.Ok