MARCOS ALONSO had a bottle filled with an orange liquid thrown at him during Chelsea’s battling 1-1 draw at Liverpool.

The ten-man Blues put on a defensive masterclass in the second half to keep Jurgen Klopp’s side at bay. 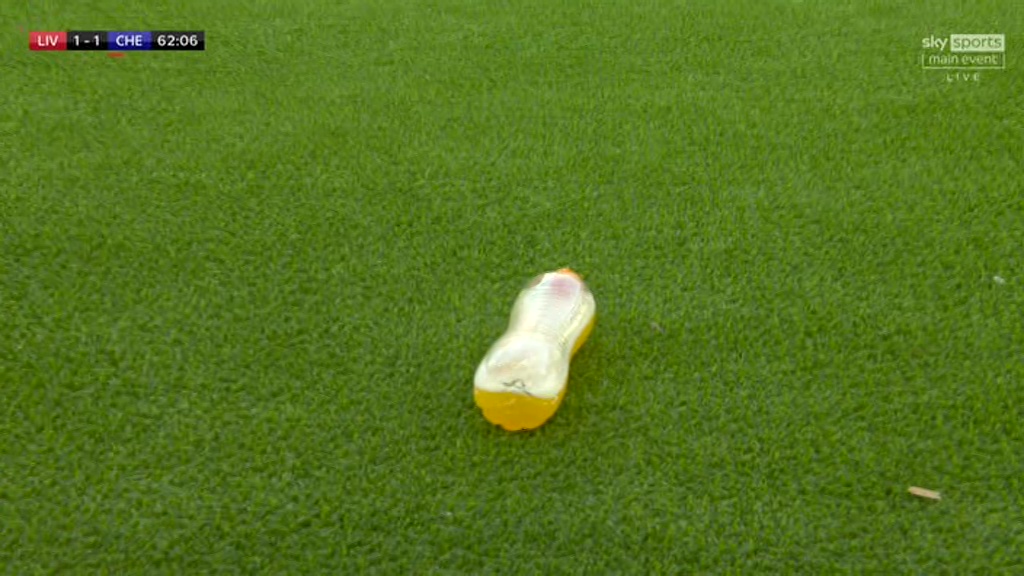 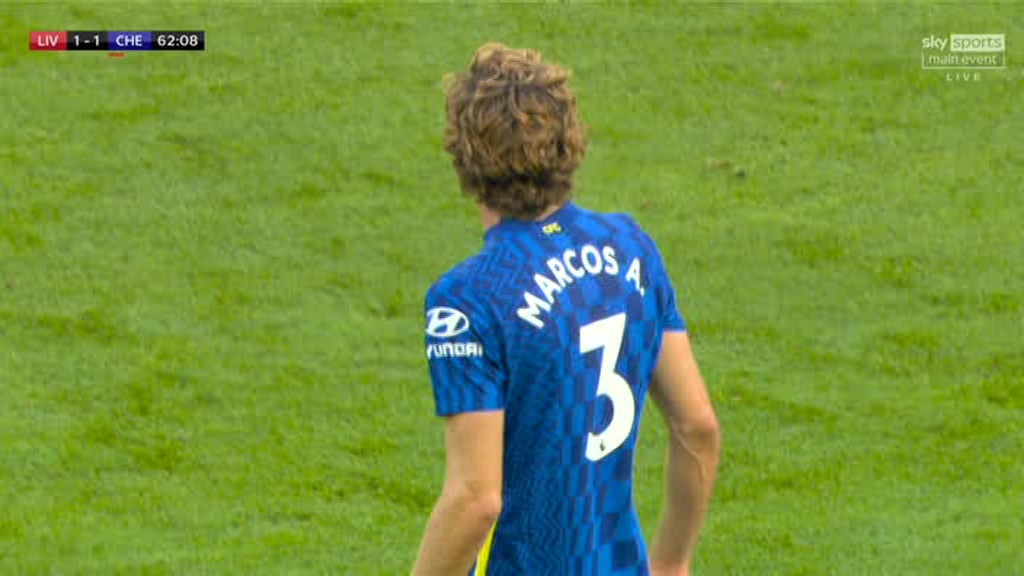 But the game took a twist after 60 minutes when a mysterious bottle filled with a bright orange liquid was thrown in Alonso’s direction.

Sky Sports cameras picked up the object after it landed on the touchline.

But it is unknown what was in it, or where it exactly came from.

Despite the bizarre incident, Chelsea were delighted to pick up a point despite being a man down for the entire second half.

Kai Havertz put his team ahead after 22 minutes with a sensational looping header from a corner.

Chelsea then squandered numerous chances to put the game to bed as Liverpool were put on the back foot.

However, the Reds powered back late on in the first half to win a controversial penalty.

After a scramble in the box, Chelsea right-back Reece James was judged to have handled on the line following a VAR check.

He was given his marching orders before Mo Salah fired Liverpool back on level terms.

The home fans were confident for the first 15 minutes of the second half as Klopp’s men dominated the ball.

But Chelsea kept Liverpool at bay before launching some fine counterattacks of their own.

However, neither side was able to find an ultimate breakthrough, picking up a point each at the final whistle. 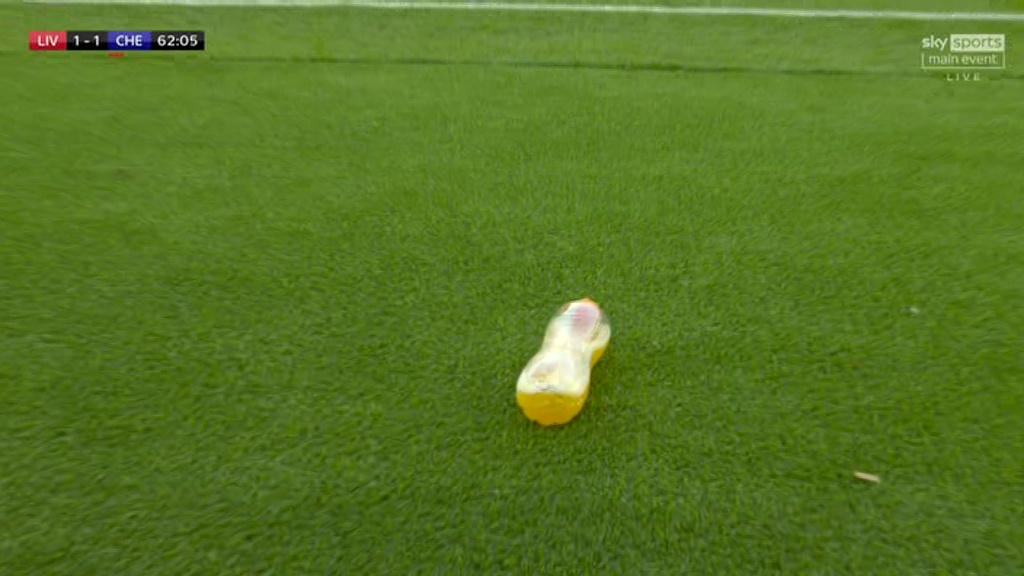