CHELSEA'S 2020-21 third kit is officially the worst football kit in the world, according to a recent poll.

Footy Headlines have crowned the Blues with the unwanted award, after voting on their website closed earlier this week. 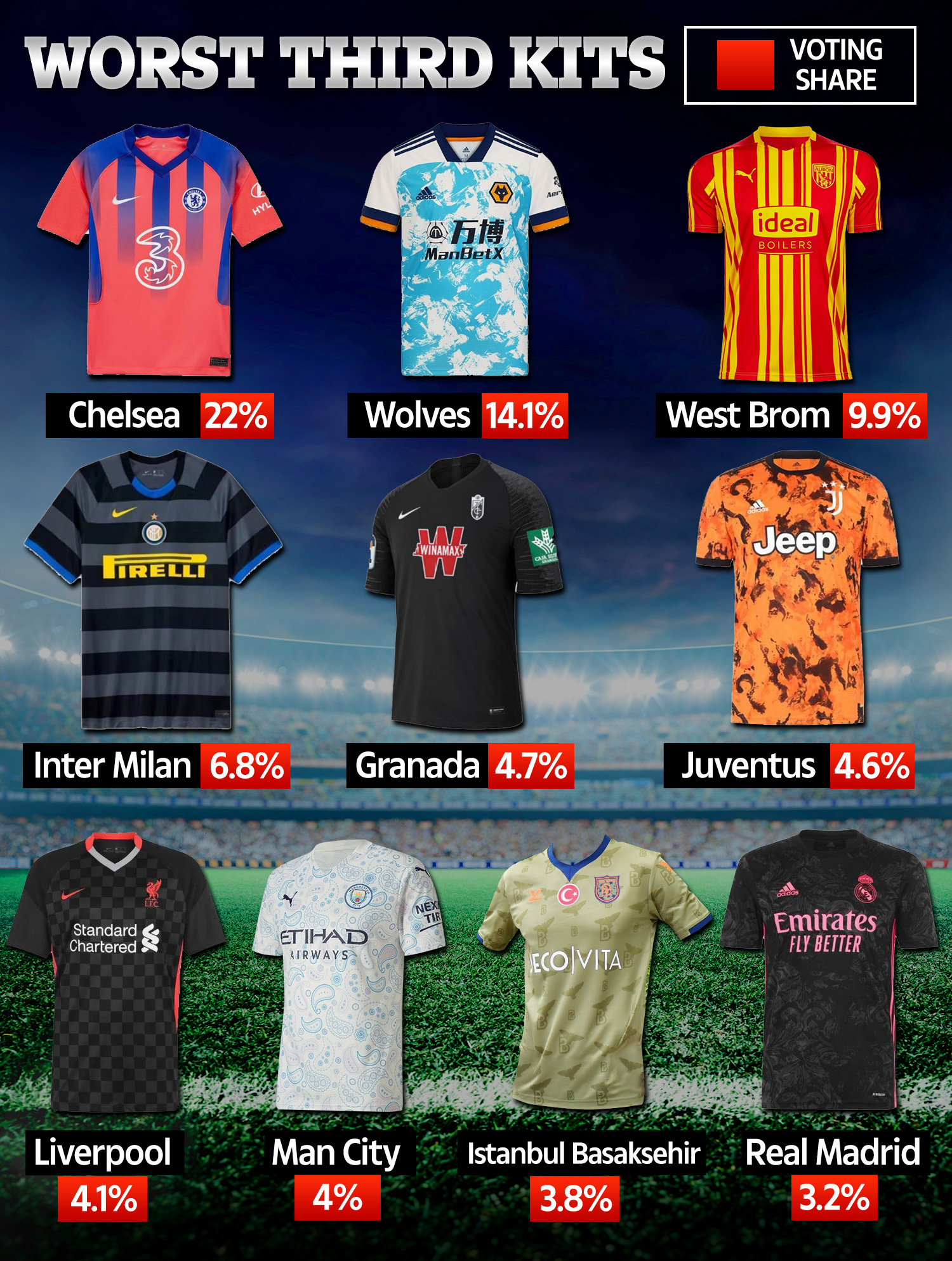 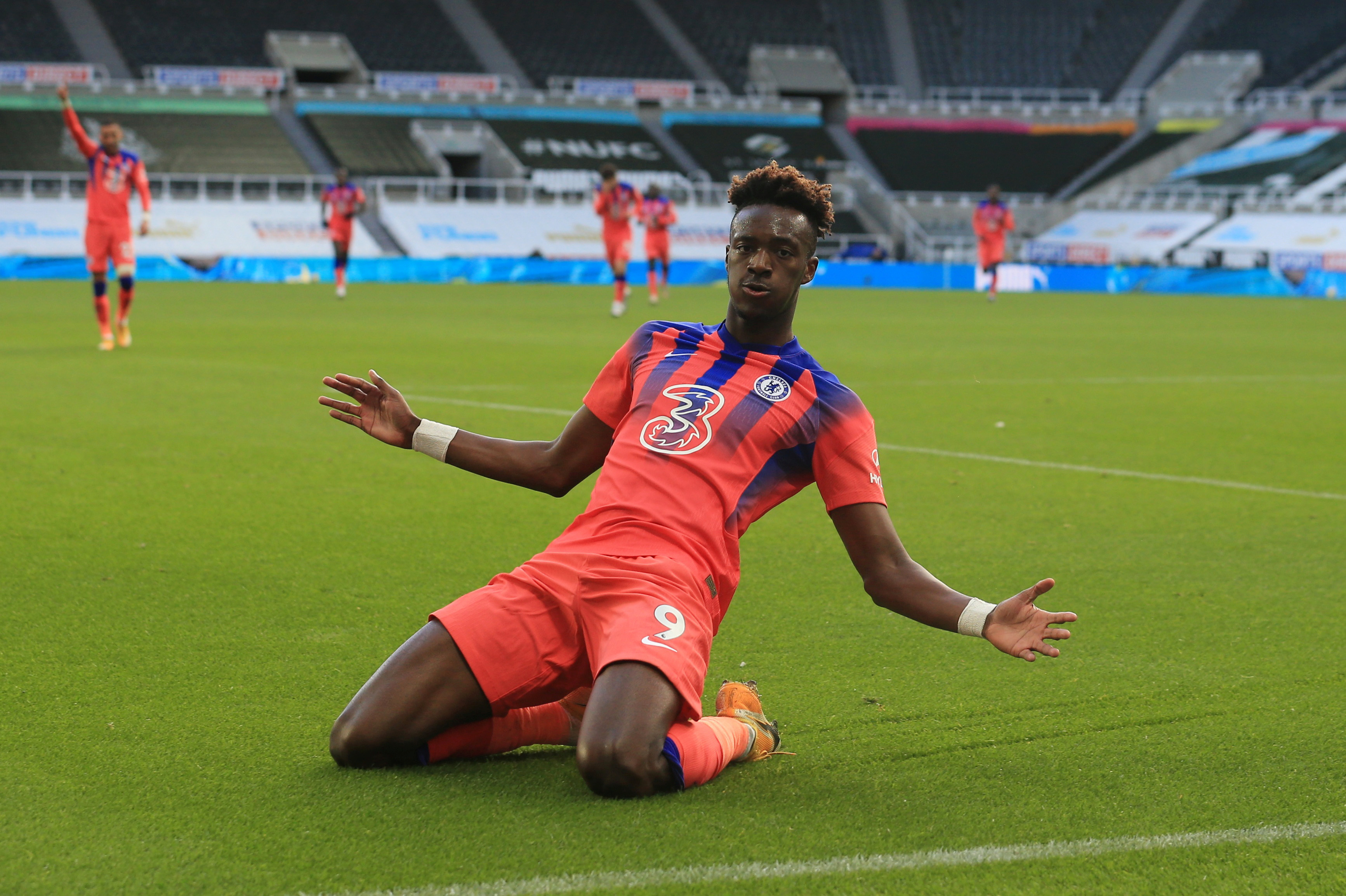 Almost 2000 people voted in the poll, with Chelsea the runaway winners of the worst kit award.

The eyesore racked up nearly a quarter of the votes, 22 per cent to be exact, with the other two podium places also going to Premier League teams.

Inter Milan's away kit finished in fourth place with 6.8 per cent of votes, followed by Granada's third kit (4.7 per cent), Juventus' home kit (4.6 per cent) and Liverpool's third kit (4.1 per cent).

Rounding off the top ten was Manchester City's third kit (four percent), Istanbul Basakhesir's third kit (3.8 per cent) and Real Madrid's away kit in tenth with 3.2 per cent of the votes.

Chelsea's kit may not be a hit off the pitch, but it's certainly proving to be effective on the pitch. 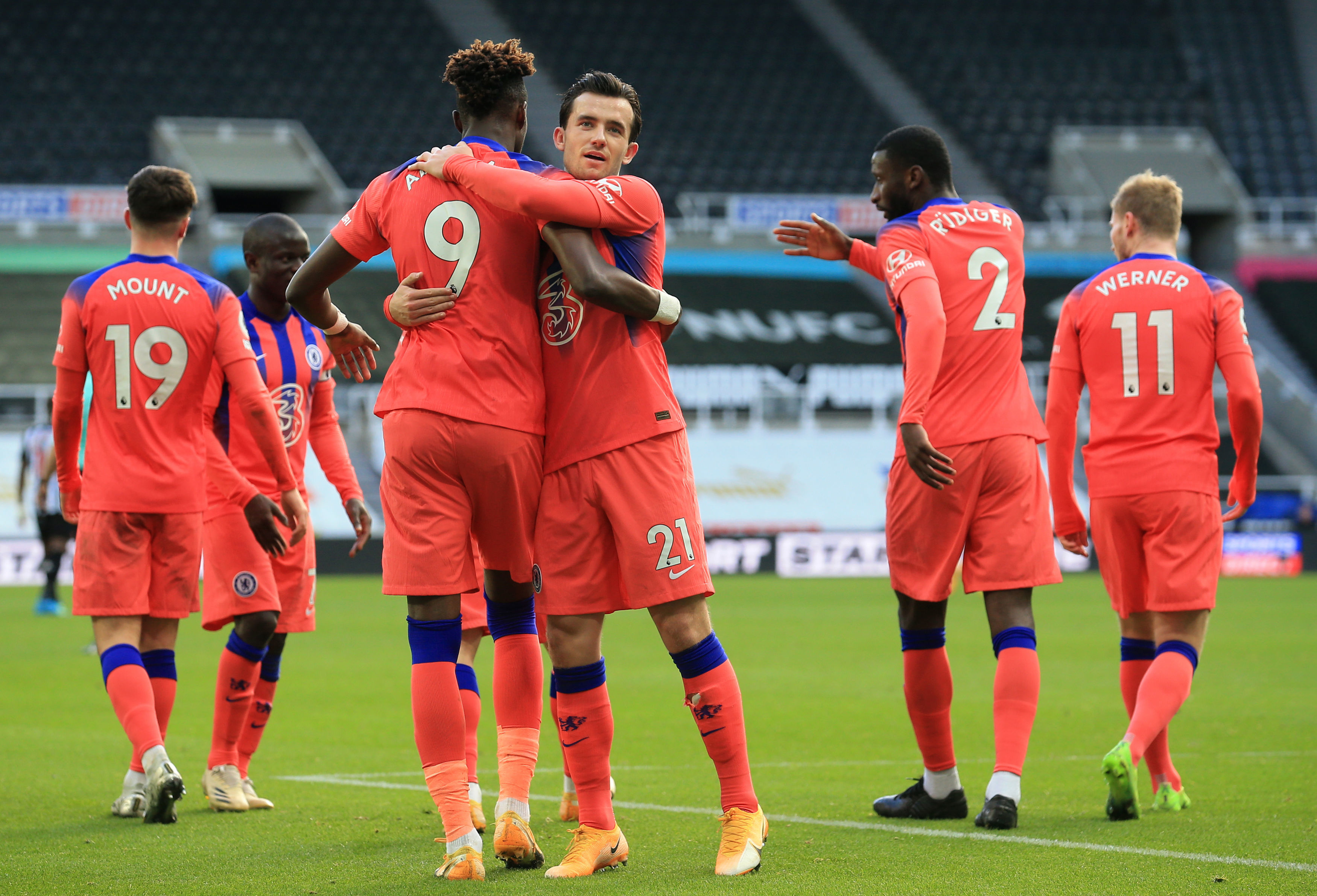 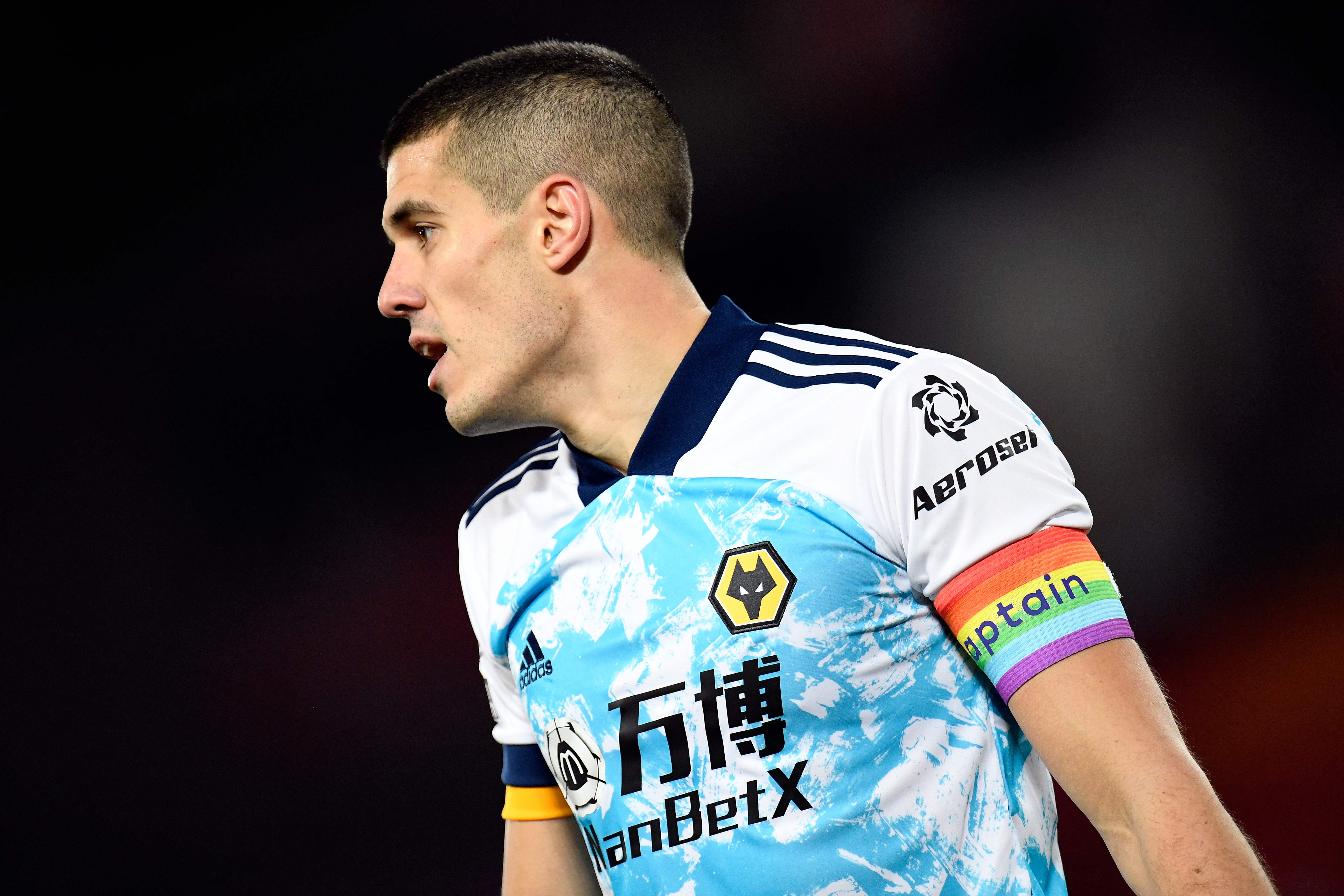 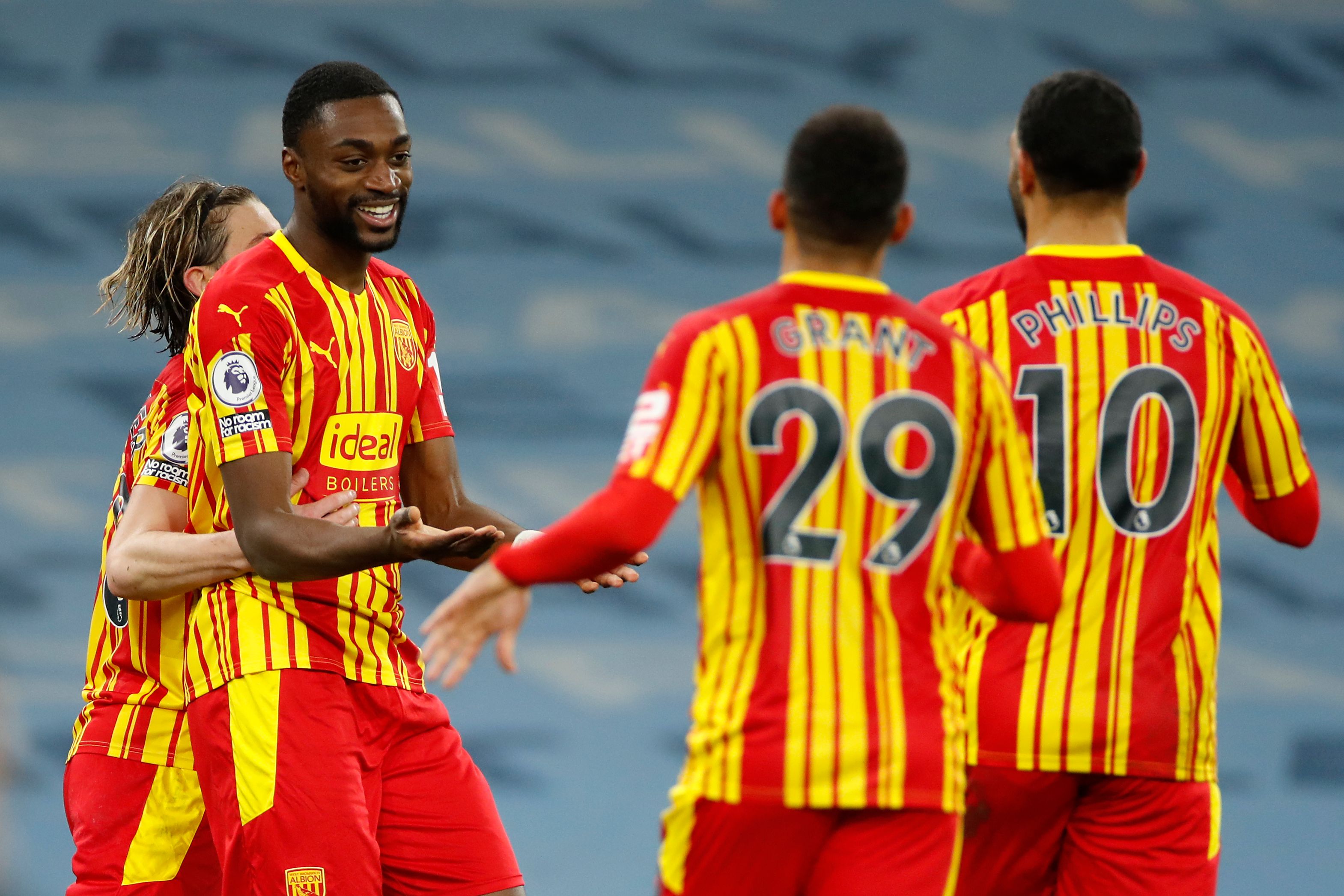 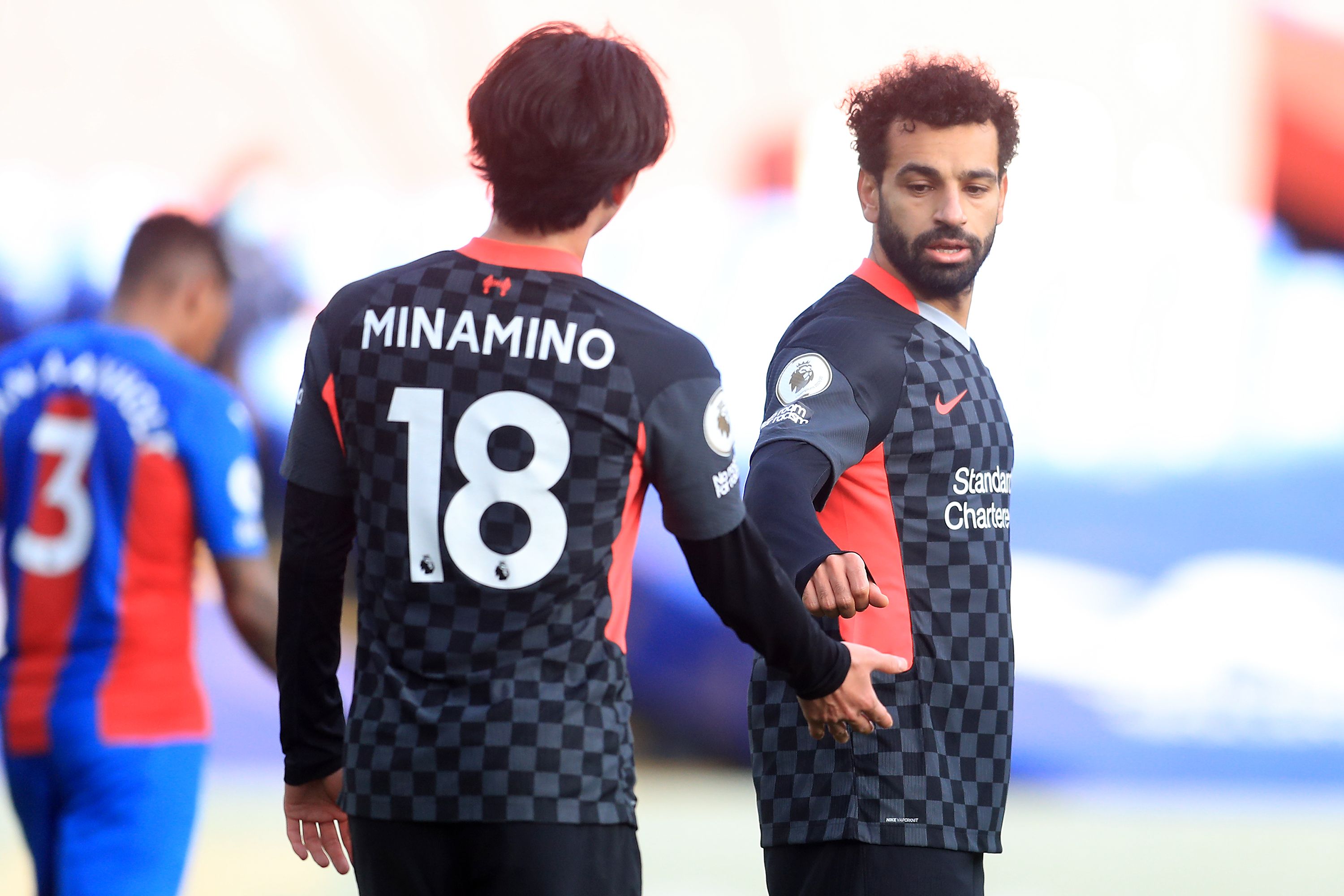 The Blues have played in their third strip four times so far this season, and are yet to lose while wearing it.

Frank Lampard's side have won three and drawn one of the four games they have played in it.

Life in the third kit didn't get off to the best of starts though, with a 3-3 draw away at West Brom, although the Blues were 3-0 down at half time in that game.

Since then though wins at Newcastle, Krasnodar and Sevilla in the red and blue number suggest that it may actually be a lucky charm for Frank Lampard and his team.

The shirt was subject to lots of attention when it was first released, with Crystal Palace hilariously trolling the kit announcement on Twitter in September.

Blues fans won't mind that one bit though, as long as their side keeps winning while wearing it.

END_OF_DOCUMENT_TOKEN_TO_BE_REPLACED

END_OF_DOCUMENT_TOKEN_TO_BE_REPLACED
Recent Posts
We and our partners use cookies on this site to improve our service, perform analytics, personalize advertising, measure advertising performance, and remember website preferences.Ok