Chiefs capitalize on lucky breaks, stop sky from falling with win over Giants 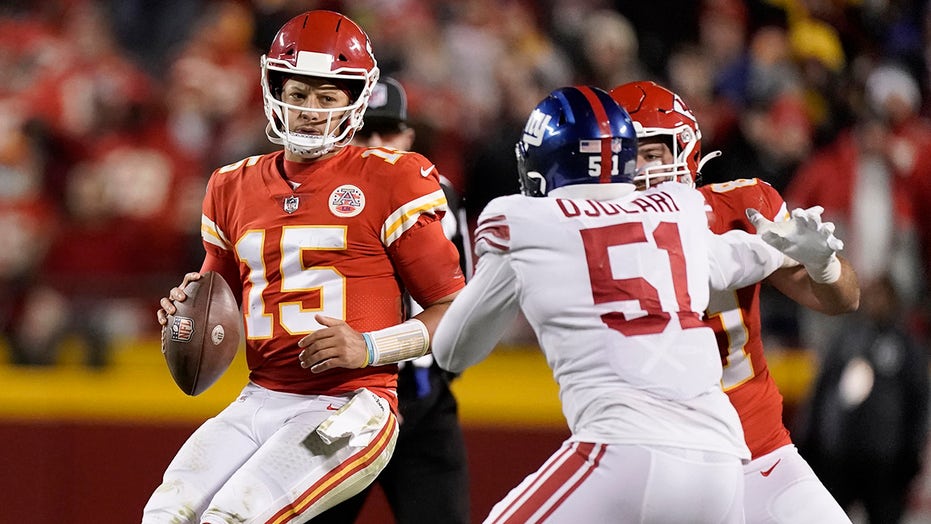 Sometimes, it’s better to be lucky than good.

On Monday night, the Kansas City Chiefs had a little bit of luck on their side thanks to numerous New York Giants miscues and somehow pulled out a 20-17 victory.

On the final drive, a Patrick Mahomes interception was called back because a Giants defender was offsides when he made the turnover. Then, Mahomes found Travis Kelce who carried about four Giants defenders to the first down marker and Tae Crowder was called for a facemask. 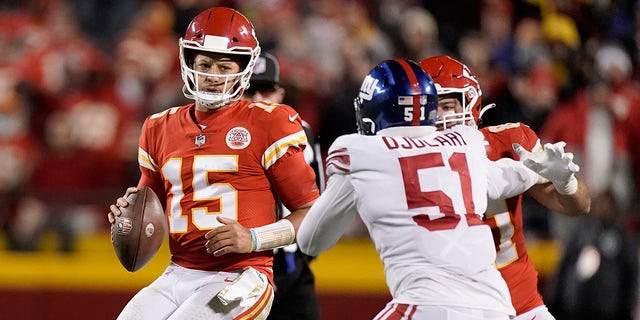 Those players helped build the momentum for the Chiefs and while the Giants stopped Mahomes on 3rd-and-goal, Kansas City was still able to kick the go-ahead 34-yard field goal at the foot of Harrison Butker.

The Chiefs’ defense only needed to let the Giants beat themselves on the final drive to wrap the game up. Done and done.

The Giants had a chance to at least go up three points late in the fourth quarter. A Daniel Jones 16-yard pass to Eli Penny was called back because of a questionable taunting penalty. Later, a defensive holding call on the Chiefs negated an incomplete pass to Darius Slayton. But subpar play-calling led to two incomplete passes and New York was forced to punt the ball away. 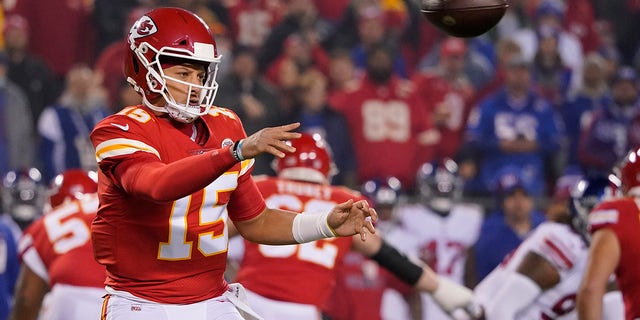 Kansas City shot itself in the foot a few times. The team turned the ball over twice with a Mahomes interception early in the game and a Travis Kelce fumble. The team also had 12 penalties for 103 yards. 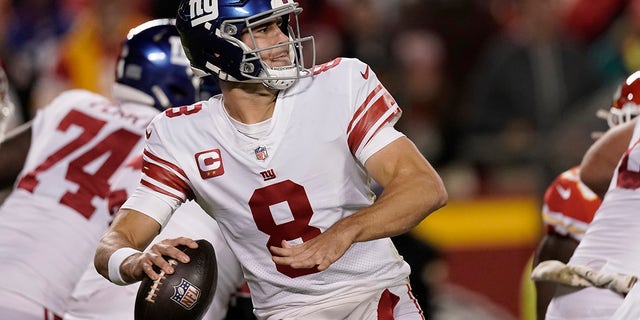 Mahomes managed to eke out 275 passing yards and a touchdown to Tyreek Hill. The wide receiver was all over the field. He had 12 catches for 94 yards.

Jones finished 22-for-32 with 222 passing yards and two touchdown passes – one to Evan Engram and the other to Kyle Rudolph. 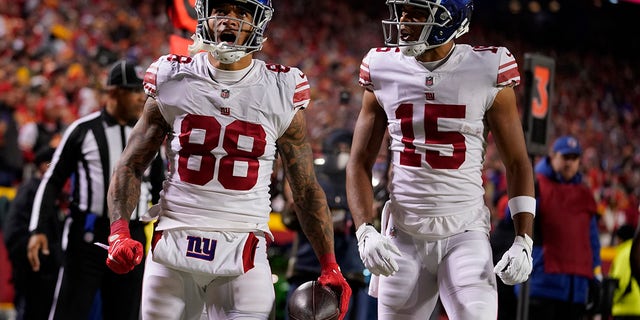 New York Giants’ Evan Engram (88) is congratulated by Collin Johnson (15) after scoring during the second half of an NFL football game Monday, Nov. 1, 2021, in Kansas City, Mo.
(AP Photo/Ed Zurga)

The Chiefs stay upright moving to 4-4 on the season after the pressure was turned up following the 27-3 loss to the Tennessee Titans last week.