CHRISTIAN PULISIC will miss a chunk of Chelsea's busy fixture period after he picked up an injury over the weekend.

Frank Lampard confirmed that Pulisic pulled his hamstring before his side's 3-0 win over Burnley on Saturday. 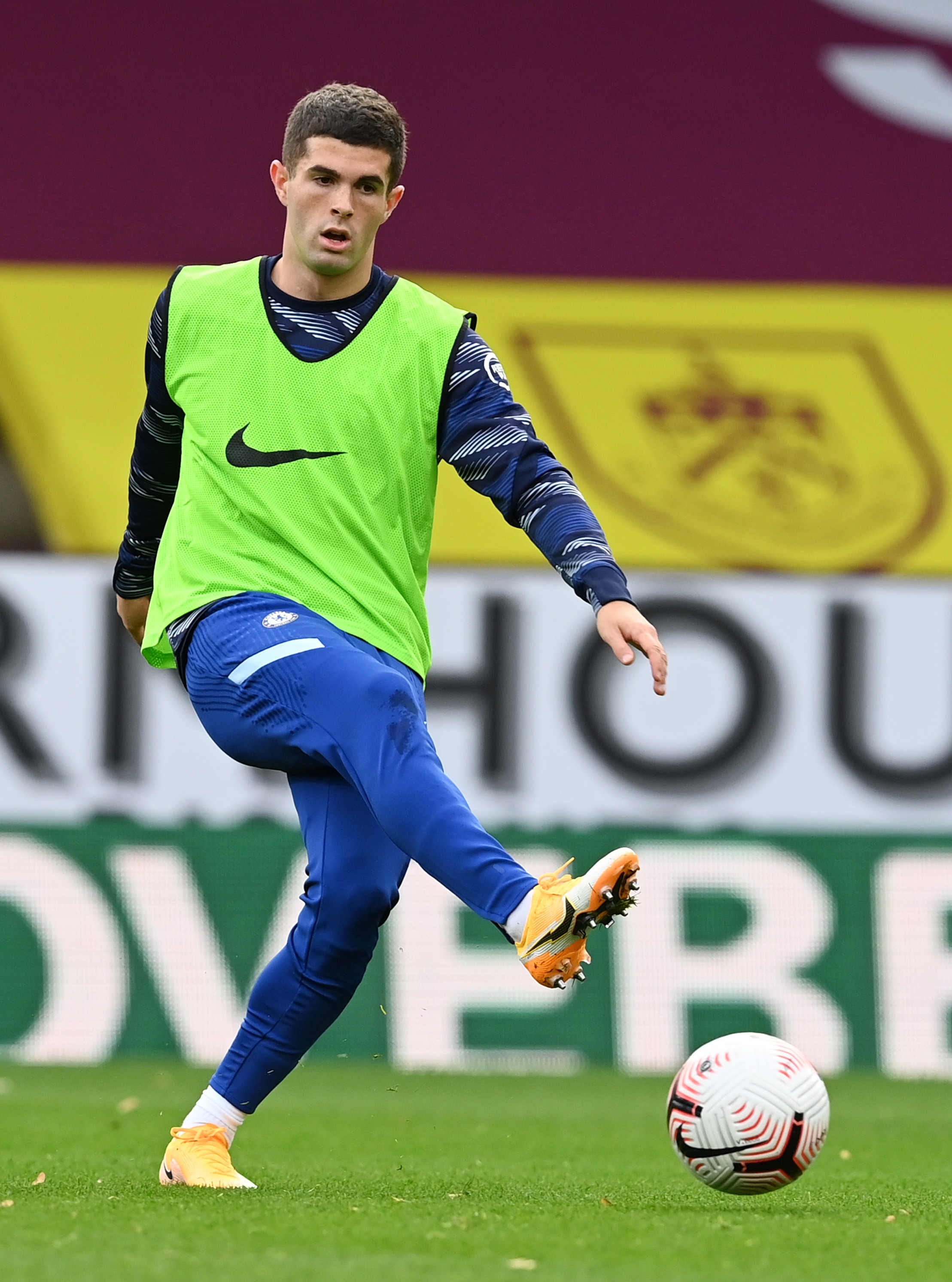 He was due to start the game, but was replaced by Timo Werner in the team when the injury was discovered during the pre-match warm-up.

Despite having to pull him out the squad, Lampard is optimistic the injury isn't too serious, bit still expects the American to be out for weeks.

He said: "He’s played three games, we’ve tried to manage him in the week and it’s a small feeling in his hamstring so we’ll have to see how he is over the next 24 hours.

"It’s a minor feeling that he had but definitely not right to go into 90 minutes of a game with that.

Pulisic's latest injury setback will be a concern for the club as he spent most of last season in the treatment room.

He missed almost three months of the season due to a groin injury and was sidelined again when he picked up a previous hamstring injury in the FA Cup final in August.

The American international had only recently got back into the squad and Lampard said he's frustrated to be injured again.

He added: "He’s frustrated because he’s worked so hard to get fit."

His injury couldn't of come at a worse time for the Blues who have a huge fixture pile-up over the next two months.

Their gruelling schedule consists of both Champions League and Premier League games in the run-up to Christmas.

The Blues resolve will be put to the test as they face matches against Tottenham, Leeds, Everton and Arsenal during the period.

END_OF_DOCUMENT_TOKEN_TO_BE_REPLACED

END_OF_DOCUMENT_TOKEN_TO_BE_REPLACED
Recent Posts
We and our partners use cookies on this site to improve our service, perform analytics, personalize advertising, measure advertising performance, and remember website preferences.Ok