‘I still think about it’: Christian Pulisic believes USA’s World Cup loss to Holland would have been different if he hadn’t missed a super early chance to score… and reveals his Chelsea teammates were impressed by USMNT

Christian Pulisic has opened up on the brilliant chance to score that he missed in the early minutes of USA’s World Cup defeat by Holland.

Pulisic had a one-on-one chance saved by Holland goalkeeper Andries Noppert in the third minute and the US team went on to lose the knockout tie 3-1 in the last-16 of the tournament.

Speaking on Tim Ream’s ‘Indirect’ podcast, Pulisic spoke of the regret he feels at missing such a good opportunity to put his team into the lead.

‘Had I finished that chance, the game goes differently,’ he said. ‘I would love that back. I still think about it. It’s a learning experience. I think there’s a reason why it didn’t go in, things happened the way it did. It all happens for a reason.’ 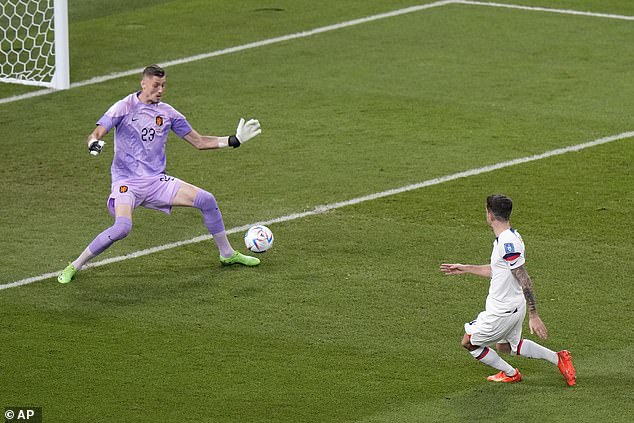 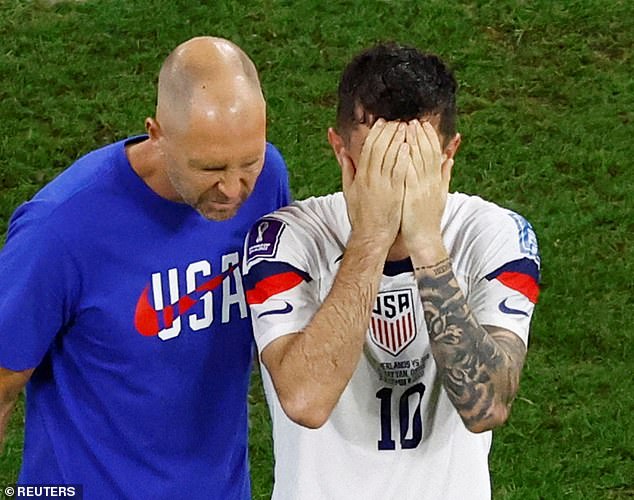 But the 24-year-old explained how his young US team made an impact in Qatar, revealing his Chelsea teammates were impressed by how they payed.

Pulisic also believes that the experience will help his team grow in time for the 2026 tournament, where the United States is a co-host with Mexico and Canada.

‘I think my most significant takeaway would just be the experience that a lot of this team now has under their belt,’ Pulisic said. ‘Coming back here with my Chelsea teammates, for example, they’re all talking about like, ‘You guys actually have a good team. We didn’t know. You guys looked good, you guys looked good against England, you guys have a strong team.’

‘I knew we had a strong team, and once everyone kind of came together, you could see that. And also now with the World Cup in the States next time around, I think these experiences are so important.’ 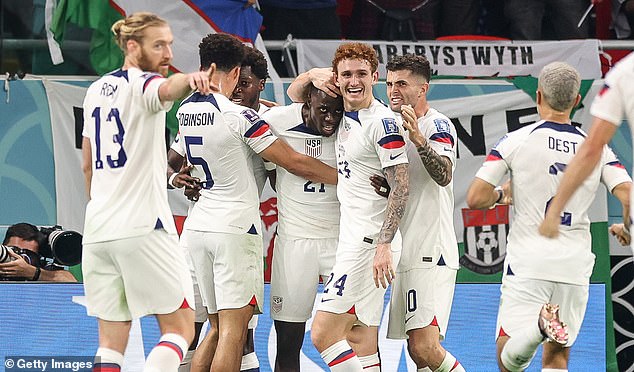 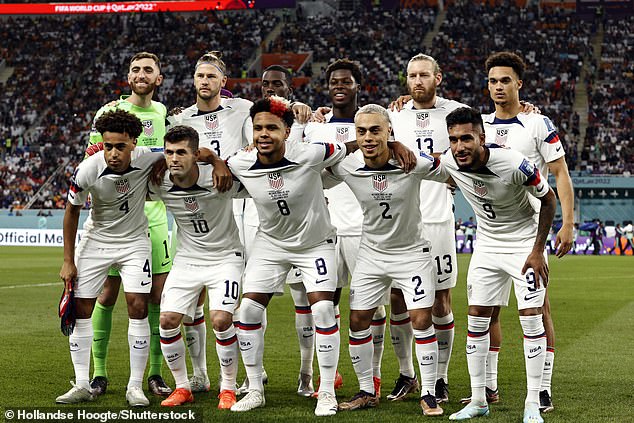 USA is a host nation at the next World Cup in 2026, alongside Mexico and Canada

‘People don’t understand, it’s just gaining that experience and having that bit of calmness next time around.

‘And a lot of the core guys who will probably still be there (in 2026), is the best part about it. So I think that’s what I take away from it the most. Now that I feel like I have this experience, I feel even more comfortable out on the field. I’ve been in and played on the highest stage there is.’

At club level, Pulisic faces an uncertain future and could leave Chelsea in the January transfer window in search of more regular game time.