CONOR McGREGOR has dropped out of the UFC pound-for-pound rankings ahead of his trilogy fight with Dustin Poirier.

The Irishman was ranked No15 when the ratings were last released in March, with Jon Jones top. 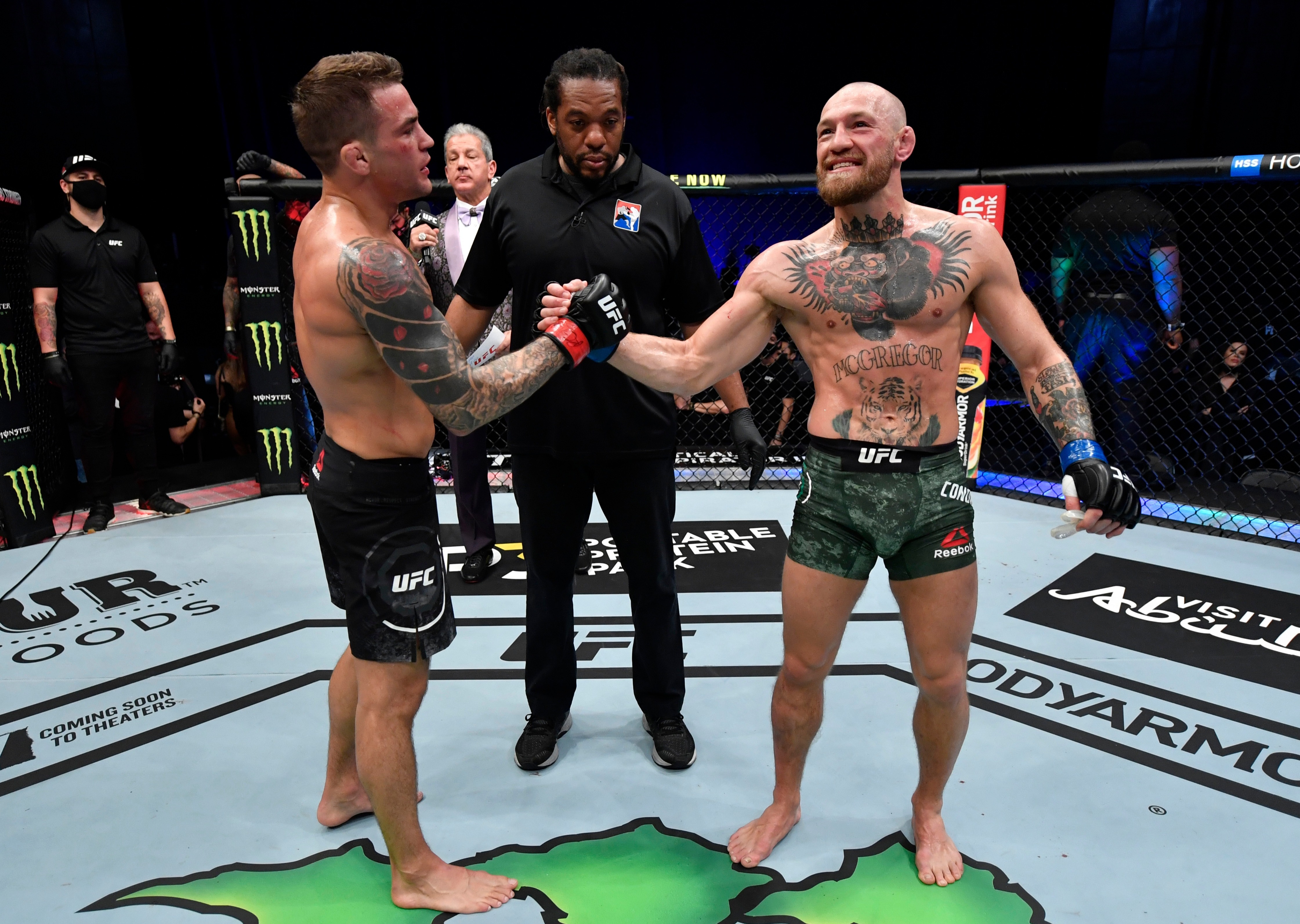 But after Charles Oliveira, 31, knocked out Michael Chandler, 35, to win the vacant lightweight title, it saw the Brazilian ranked as a new entry on the P4P list.

And as a result, McGregor, 32, was replaced, with current bantamweight champion Aljamain Sterling, 31, down to 15th.

But Dana White had hoped to persuade the unbeaten Russian into one final fight.

When that never came to fruition, the lightweight title was officially relinquished and Jones, 33, returned as P4P No1, replacing Nurmagomedov.

Welterweight king Kamaru Usman, 34, is hot on the UFC legend's heels at No2, thanks to his rematch win over Jorge Masvidal, 36.

And UFC president White even claimed Usman is contesting with Jones in the discussion as best to ever do it in the octagon.

He said: "He’s on his way to probably being the greatest of all time.

"I mean, the guy is an absolute stud. He looks better every time he comes out."

Poirier, 32, is the highest ranked non-champion in the P4P list, coming in at No6.

He KO'd McGregor, who initially beat the American in 2014, in two rounds at UFC 257 on Fight Island in January.

Now, the pair rematch in a trilogy decider on July 10, headlining UFC 264 in Las Vegas.

A win for former two-weight champion McGregor, 32, will be sure to boost his P4P ranking and also put him in line to challenge for Oliveira's belt.