Conor McGregor has been challenged to a rematch by Max Holloway for his return to the UFC next year.

The Irishman is recovering from a broken leg after defeat to Dustin Poirier at UFC 264.

McGregor has spent time in Beverley Hills rehabilitating but has recently returned to Ireland ahead of a return to the octagon in 2022.

And while engaging with his following on Twitter, McGregor asked for his fans’ most recent MMA picture saved on their phones.

McGregor’s was a shot of his 2013 fight with Holloway with the image at the moment of taking down the Hawaiian.

And it did not take long for Holloway to notice, replying: “We got it. March,” which would be nine months after McGregor’s leg fracture.

McGregor was making just his second UFC appearance when he outpointed Holloway in a featherweight contest at UFC Fight Night: Shogun vs. Sonnen. 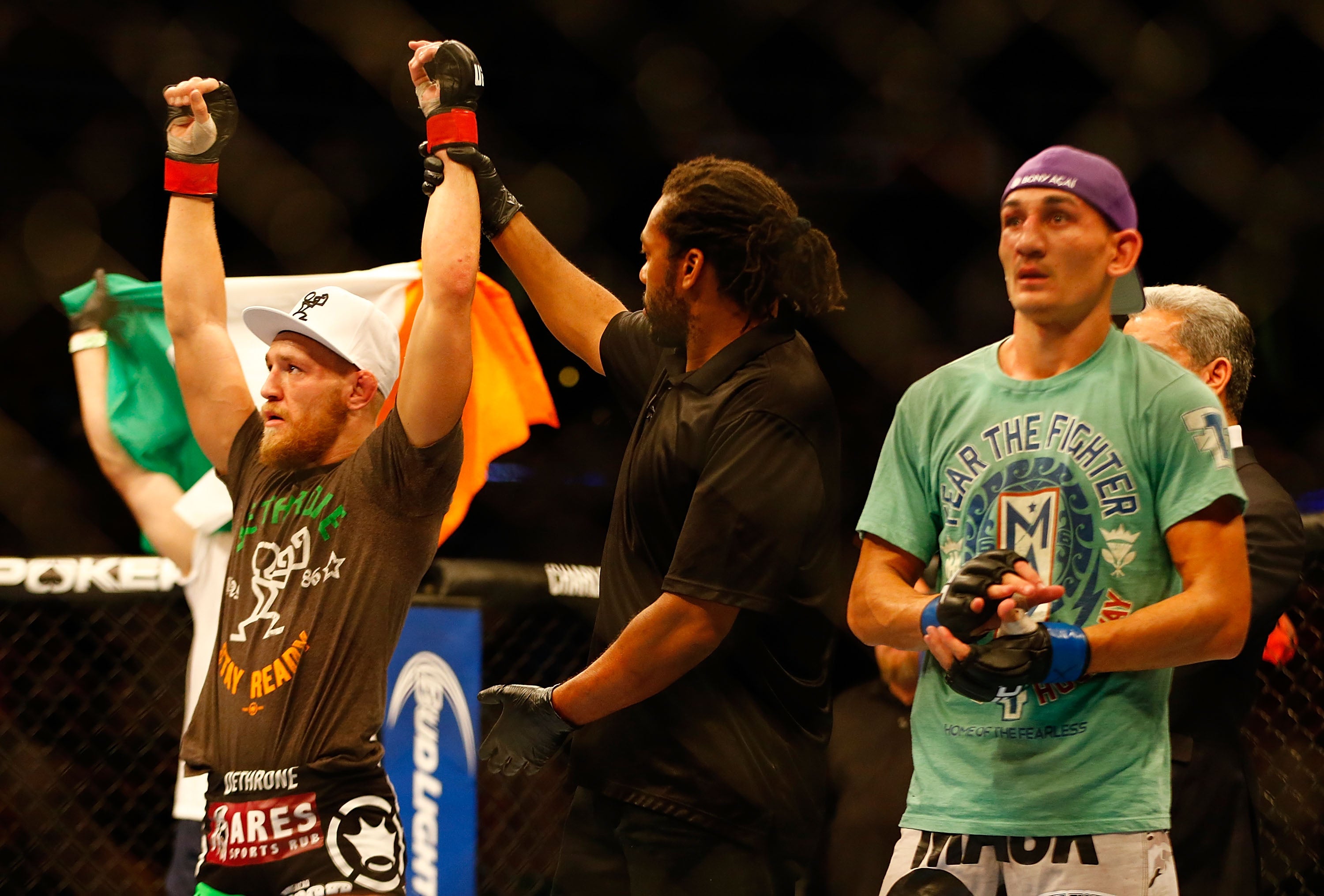 It was a gritty performance from The Notorious, who tore his ACL mid-fight, leading to a wrestling-focused fight against the Hawaiian, 29, who beat Calvin Kattar last time out after consecutive defeats to Alexander Volkanovski from 2019-20.

The rematch would likely take place at lightweight, though McGregor may struggle to make weight given the extra muscle piled on since his most recent injury due to limitations on his conditioning work.

But McGregor is not concerned by his extra weight, instead insisting it will make him a more formidable fighter.

“There are pro’s and cons to everything. I could not move the last three months, so I brought heavy weights to me, and moved them. Repetitively,” he wrote on Twitter.

“Play with the cards you are dealt. My power is up over 50 per cent.”

Should a deal with Holloway fail to materialise, then Nate Diaz, Justin Gaethje or Rafael dos Anjos could emerge as viable opponents.

While a fourth fight with Poirier is another option, should The Diamond emerge victorious as the new lightweight champion when he takes on Charles Oliveira at UFC 269 on 11 December.