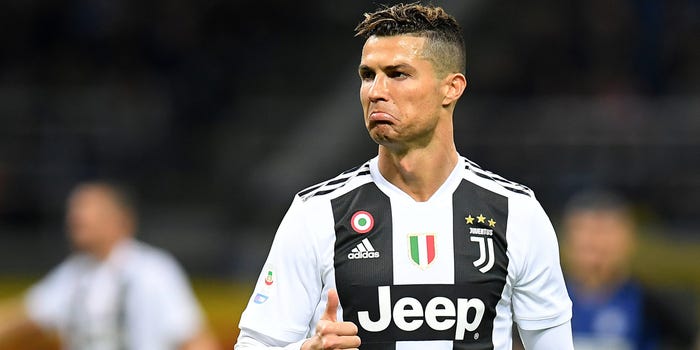 Cristiano Ronaldo is one of the greatest players ever to walk on a football pitch, but once he steps off the field, he hasn't got much interest in watching the sport he has dominated for over a decade.

Speaking to middleweight boxing star Gennady Golovkin in a new documentary produced by OTT sports broadcaster DAZN, Ronaldo said that once he's done playing soccer, he would rather kick back by watching some combat sports, either the UFC or a boxing match.

"Playing football is my passion, but I prefer watching other sports on TV," the Portuguese star told IBF middleweight champion Golovkin.

While saying he loves to watch the sport, Ronaldo acknowledged that he's not really the boxing type, asked by Golovkin: "Do you think you could be a fighter?"

He simply replied: "I don't think so."

He did, however, say that as a youngster he did some boxing, training with one of the coaches at Manchester United, where he played between 2003 and 2009.

"When I was at Manchester United, a coach boxed with me," he said. "I think practicing boxing is useful for football because it sharpens your senses and you learn to move."

DAZN's documentary, called "Parallel Worlds," aims to show two elite athletes close to the top of their respective games discussing the similarities and differences between themselves and the sports they love.

During the documentary, Ronaldo and Golovkin also discussed their upbringings, and the nature of masculinity, with Ronaldo saying it is "good to be an emotional person."

The documentary includes footage of Golovkin giving Ronaldo some tips on punching, leading Matchroom promoter Eddie Hearn to joke on Twitter that Ronaldo could fight on cards for DAZN's Italian business in the future.

Hearn has a co-promotional deal with Golovkin, meaning the Kazakh's fights are broadcast on Sky Sports in the UK, and on DAZN in the US.

END_OF_DOCUMENT_TOKEN_TO_BE_REPLACED

END_OF_DOCUMENT_TOKEN_TO_BE_REPLACED
Recent Posts
We and our partners use cookies on this site to improve our service, perform analytics, personalize advertising, measure advertising performance, and remember website preferences.Ok